After a year of negotiations, Israel and the European Union have finalized an agreement for Israel’s accession to the EU’s Horizon Research & Development programme, the largest of its kind programme in the world with a total budget of some €95.5 billion, writes Yossi Lempkowicz.

Alongside the approval of the text of the agreement, a mutual approval process is currently underway in the European Commission and in Israel in order that the agreement come into effect during the current work year. The signing of the agreement is expected to take place in December.

"Israel joining Horizon Europe will lead to high-quality jobs, cutting-edge technologies and the opening of new Israeli businesses. We are continuing to lead Israel to new heights in both business and technological innovation," declared Israeli Foreign Minister Yair Lapid.

The Horizon programme will take place over a period of seven years.

Lapid said his ministry "will continue to create economic and scientific opportunities for Israel".

He noted that Israel joining Horizon "is yet another step in our policy of connections, bringing us closer not only to the European Union as a whole but also to each of the countries of Europe on a bilateral level as well, and building a connection between the science and technology sectors in Israel and their European counterparts".

The agreement places Israel as a central player in one of the most important research and development programmes in the world.

Israel has been participating in European R&D programmes for 25 years as an associated country.

The programme fosters many scientific and economic benefits for both Israel and Europe. Israel’s participation in the programme will significantly contribute to scientific and technological research and knowledge industries, as well as to commerce and the economy, and will promote Israeli industry while simultaneously creating opportunities for Israeli companies to enter European markets.

Israel’s accession to the programme has also a political importance in terms of the relations between Israel and the European Union.

Until Friday, 19 November, the Commission is hosting the 6th edition of the Raw Materials week, gathering a wide range of EU and national policymakers and industry key players to discuss policies and initiatives in the field. The conference will focus on the latest developments concerning raw materials in the EU, including opportunities under EU Recovery and Green Deal policies, co-creation of the transition pathways, further analysis of strategic dependencies as well as work on partnerships and trade with third countries.

The highlight of the week is the 8th annual high-level conference of the European Innovation Partnership (EIP) on raw materials. This stakeholder platform aims to provide high-level insights to the Commission, EU countries and private players on innovative approaches to address the challenges related to raw materials. Commissioner Thierry Breton will open the conference followed by a welcome address from MEP Hildegard Bentele, and the State Secretary in the Ministry of Economic Development and Technology of Slovenia, Andrej Čuš.  Later in the morning, the Director General of the Commission's Joint Research Centre, Stephen Quest, will also deliver a keynote speech. The afternoon session will be opened by Vice President Maroš Šefčovič. As part of the Raw Material Week, the Commission is also co-organizing several complementary events. These will focus in more detail on issues related to critical raw materials, trends in innovation and skills for raw materials, EU Horizon technology success stories, EU-Canada Partnership and UNECE Resource management. More information about the event as well as open registration is available on the website of the Raw Material Week. 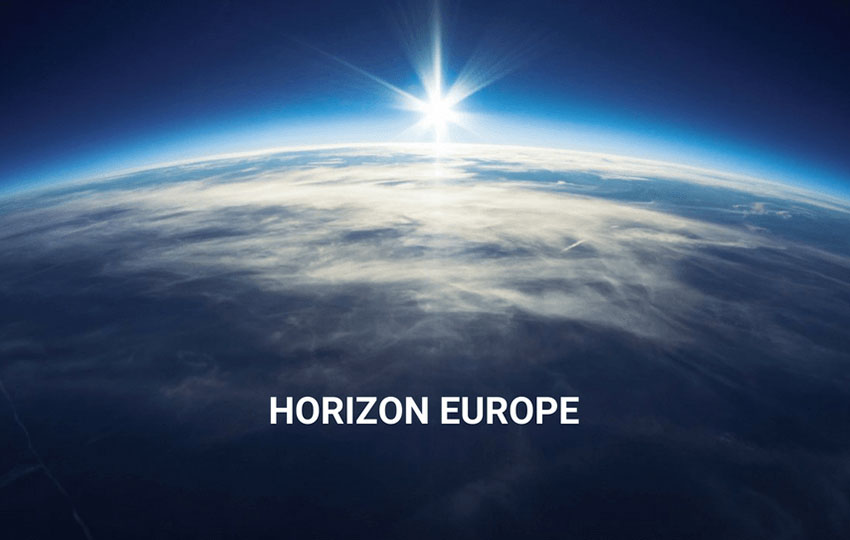 The Commission has signed an agreement with Armenia for tighter co-operation in research and innovation. For the period 2021-2027. Armenia has been granted association status to Horizon Europe, Europe's €95.5 billion research and innovation programme. Researchers, innovators and research entities established in the country can now participate, under the same conditions as entities from the EU member states. Innovation, Research, Culture, Education and Youth Commissioner Mariya Gabriel said: “I welcome Armenia to our Horizon Europe programme. Armenia has continuously increased its participation in the previous Horizon 2020 programme and has supported the acceleration of the reforms of the Armenian national research and innovation system in the past few years. Armenia will build on its past successes in Horizon Europe.”

Association to Horizon Europe supports the 'Global Approach to Research and Innovation' and reconfirms Europe's commitment to a level of global openness needed to drive excellence, pool resources for faster scientific progress and develop vibrant innovation ecosystems.Armenia was since 2016 fully associated to Horizon 2020, the previous EU research and innovation programme (2014-2020), and multiple success stories resulted from this co-operation in areas like health, skills and innovation capacity for SMEs, and more. Further information is available here.

Iceland and Norway are the first countries associated to Horizon Europe

Iceland and Norway have formally become associated to Horizon Europe, enabling entities in those two countries to participate in Europe's €95.5 billion research and innovation programme, under the same conditions as entities from EU Member States. The Joint Committee of the European Economic Area, composed of representatives of Iceland, Liechtenstein, Norway, and the EU, adopted the relevant Decision today for Iceland and Norway, which makes them the first to be associated to Horizon Europe. This is an opportunity to continue and deepen cooperation in science, research and innovation, focusing on common priorities: the twin green and digital transition, public health and Europe's competitiveness in the global landscape. Joint efforts will aim to address environmental problems in the Arctic, develop hydrogen and carbon capture technologies, boost data-driven innovation, and more.

A Europe Fit for the Digital Age Executive Vice President Margrethe Vestager said: “Openness and co-operation with the rest of the world are key in our strategy to create critical mass for research and innovation and to accelerate and find solutions to pressing global challenges. By joining forces with Iceland and Norway, we will pursue a series of actions in support of the green, digital and public health agendas.” Mariya Gabriel, Commissioner for Innovation, Research, Culture, Education and Youth, said: “I warmly welcome Iceland and Norway on board to Horizon Europe. They were amongst the best performers under Horizon 2020 showing innovation leadership and excellence across fields such as energy, environment, food safety, health and digital technologies. I look forward to new breakthroughs and success stories in the coming years!”

This co-operation underlines the importance of the EEA Agreement, which enables full participation of the EEA states in the EU's internal market and provides basis for cooperation in other areas including research, technological development, environment and culture. Horizon Europe, the EU research and innovation programme 2021-2027, is one of the main tools to implement Europe's strategy for international cooperation: Europe's global approach to co-operation in research and innovation. The programme is open to researchers and innovators from around the world who are encouraged to team up with EU partners in preparing proposals. Negotiations are ongoing with many more non-EU countries that have expressed interest to become associated to Horizon Europe and further announcements will be made in the coming weeks. More information is available here.