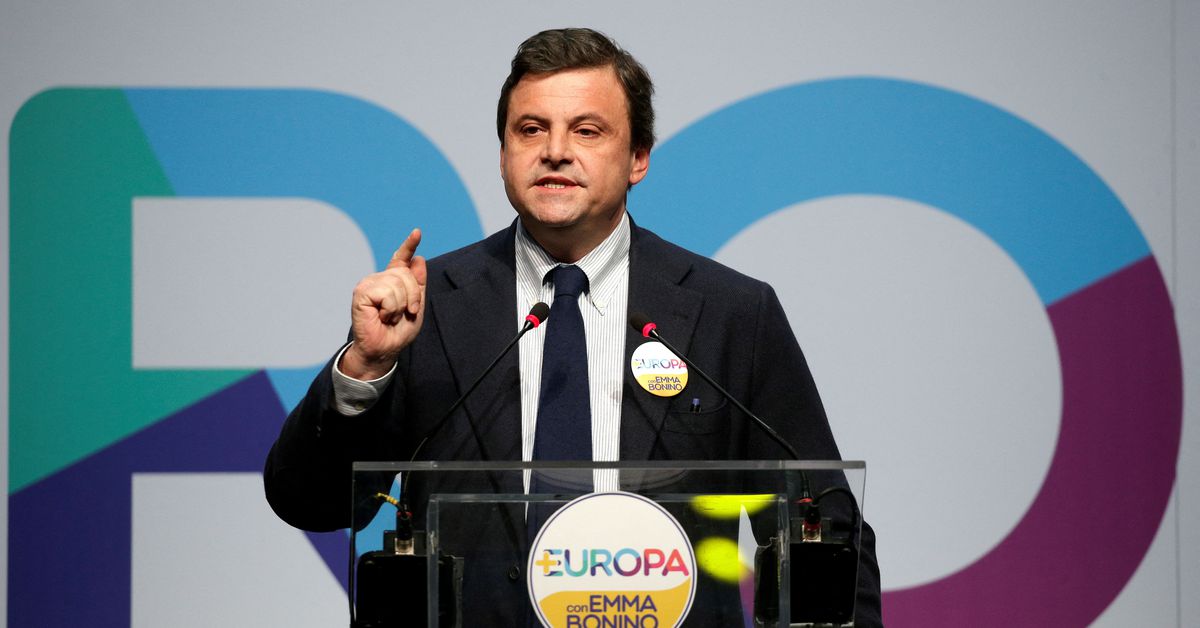 The leader of Italy’s centrist Azione party announced on Sunday (7 August) that it would resign from a centre-left alliance it had formed with the Democratic Party (PD) last week, putting an end to the odds of the coalition before a 25 September election.

The Green leftist federation had just agreed to join the PD bloc with the centrist party Impegno Civico, a move seen as strengthening a centre that is already lagging behind its conservative counterparts.

According to polls, a conservative alliance looks set to win the next month's elections. The far-right Brothers of Italy is expected to be the largest single party. Italy's election law favors parties that form large alliances.

Carlo Calenda, leader of Azione, said that he had previously told PD leaders that his party would be leaving the accord. He cited the presence of parties that voted against former Prime Minster Mario Draghi as one reason.

After Draghi's unity government collapsed last month, Draghi was elected to the September vote. He had asked for a confidence vote to end divisions. However, Draghi and his main partners did not vote. Draghi quit but has been elected acting premier.

Calenda said that it was the hardest decision she had ever made in her life.

Enrico Letta, the leader of the PD, tweeted: "I listened Carlo Calenda. It seems to me that Calenda's only possible ally is Calenda (himself) based on all he said.

Azione had offered to work with the PD (the largest party on centre-left) in an attempt to gain ground on the conservatives. He pledged to continue Draghi's support for Ukraine and to reach the targets necessary to receive billions of euro in EU funding.

Surveys show that the centrist party and its +Europa ally are polling around 5-7%. +Europa had expressed strong support for the pact between the PD earlier on Sunday. It was not clear what the small group would do following Calenda's decision.