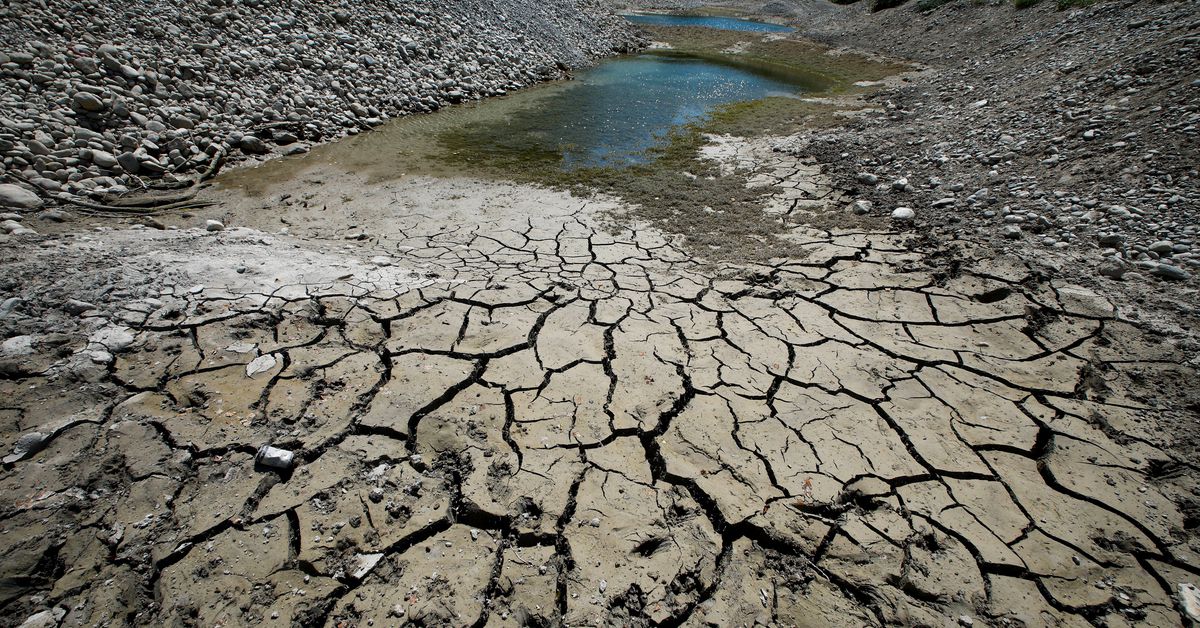 France is bracing for a fourth heatwave this summer. The country's worst drought ever recorded left dry villages without water. Farmers warned of a possible shortage of milk this winter.

Prime Minister Elisabeth Borne has established a crisis team to address a drought which has forced many villages to rely upon water delivery by truck. This has prompted the state-run utility EDF to reduce nuclear power output and stressed crop yields.

On Sunday (7 August), temperatures were expected to reach 37 Celsius in the southwest before the baking heat air moves north.

La Chaine Meteo said that "this new heatwave is likely" and was similar to The Weather Channel in the US.

Meteo France, the national weather agency, stated that it was the worst drought in history. It also said that the drought would continue until the middle of next month. France received an average of less than 1cm in rain during July.

According to the ministry of agriculture, the corn harvest will be 18.5% less this year than 2021. This is in line with Europeans' higher food prices due to lower-than-normal exports from Russia or Ukraine.

According to the National Federation of Farmers' unions, there may be a shortage in fodder due to the drought, which could lead to a shortage in milk in the coming months.

EDF, a nuclear operator, has reduced its power output at a plant located in southwest France last week due to high temperatures on the Garonne and issued rolling warnings to reactors along the Rhone.

Hot weather has exacerbated the utility’s problems. Corrosion problems and extended maintenance at half its 56 reactors have reduced capacity, as Europe faces an energy crisis.

To conserve water, there are water restrictions in almost every part of France. This includes hosepipe bans and irrigation bans.