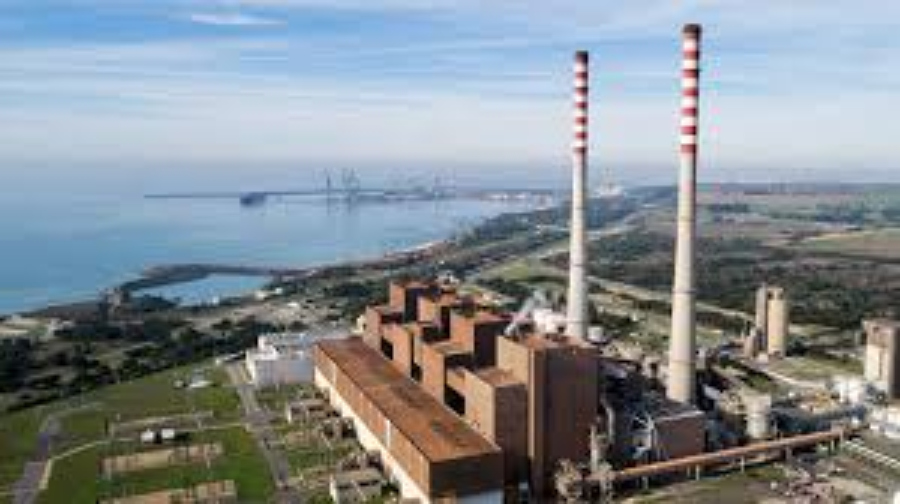 The 1296 MW Sines coal plant in Portugal will be shut at midnight tonight, 14 January, almost nine years earlier than first planned. The EDP-owned plant is one of only two coal plants in Portugal, with the other, Pego, already scheduled to close in November this year. When it does, it will make Portugal the fourth country in Europe to completely eliminate coal in electricity production since the UN Paris climate agreement was signed – following in the footsteps of Belgium (2016), and Austria and Sweden (2020).

“Sines has represented, on average, 12 percent of the total Portuguese greenhouse gas emissions. Its closure is the most important step for a decarbonised future and a clear consequence of several years of civil society pressure,” said Francisco Ferreira, president of the board of Portuguese environmental NGO, ZERO.

The closure comes just two days after EDP Group’s, EDP Renováveis, announced that the European Investment Bank has agreed to provide the company with EUR 65 million to finance the construction and operation of two onshore wind farms in the districts of Coimbra and Guarda, with a total nominal capacity of 125 MW [1]. “In four years, Portugal has gone from having a rough strategy to exit coal by 2030, to concrete plans to be coal free by year’s end.

Sines going offline even earlier than expected underscores the reality that once a country commits to clean energy, the economics of renewables deliver the transition very quickly,” said Kathrin Gutmann, Europe Beyond Coal campaign director. “Countries like Germany, Czech Republic and Poland who have committed to, or are considering coal phase out dates well after the needed 2030 end for coal in Europe should take note: not choosing ambitious phase-outs will leave you playing catch up as they happen anyway.” 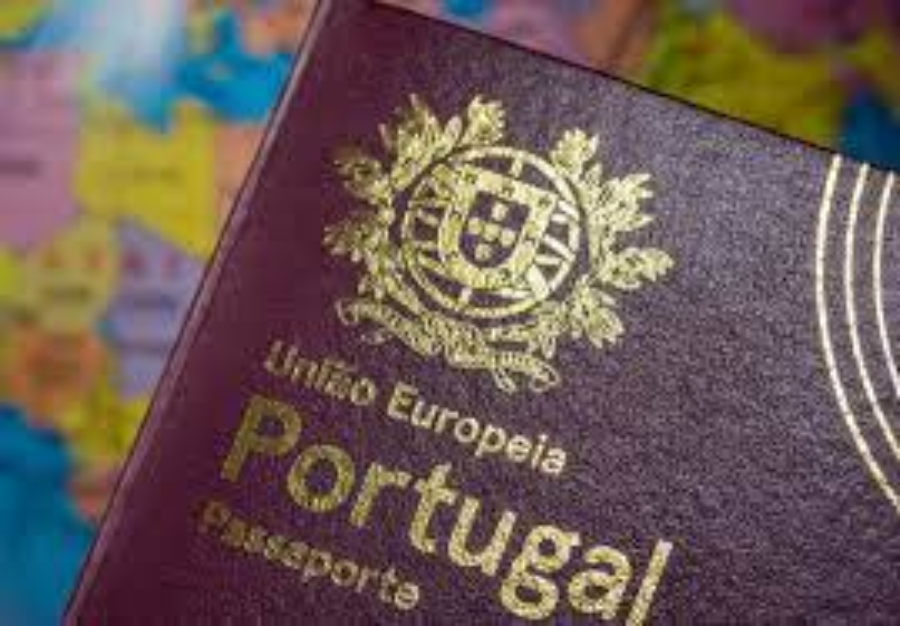 Portugal is among all 27 member states receiving their share of the EU’s post- pandemic “pot of gold”, writes Colin Stevens.

Under the Recovery and Resilience Facility (RRF) Portugal will receive €13.9 billion in grants and €2.7bn.

That is the good news.

But exactly what happens if Portugal (or any other member state) falls short of the tough spending criteria required by the RRF? How far can the Commission go in enuring the money is spent on real reform projects in Portugal?

On this, Portugal has been mentioned, but not singled out, by the European Commission.

Portugal, which has just passed on the EU presidency to Slovenia, has made great play of its so-called reforms but the reality of Portuguese politics, sadly, is a good deal more convoluted than its shiny “poster boy” image suggests.

In recent years, there have been assorted scandals and events which highlight a raft of issues ranging from corruption and reform of the judicial system to the banking system and how the government managed the coronavirus.

Other matters still to be addressed include the investment climate and the rule of law situation in Portugal.

The first pre-financing payments to Portugal will start this month.

But, crucially, payments under the RRF will be linked to performance and this is where all eyes will be (among others) on Portugal.

The Commission will prepare an assessment within two months and ask its Economic and Financial Committee for its view on the satisfactory fulfilment of the relevant Portuguese milestones and targets.

A Commission spokesman told this website: “Where one or more member state considers that there are serious deviations from the satisfactory fulfilment of the relevant milestones and targets of another member state, they may request that the President of the European Council refers the matter to the next European Council.”

But what happens if the milestones and targets associated with a payment request are not all met?

Well, if the Commission assesses that not all the milestones and targets associated with an instalment are satisfactorily met, it can make only a partial payment. The rest of the payment of the installment (whether loan or grant) will be suspended.

The member state in question can continue with the implementation of the rest of the plan.

After presenting its observations, the member state concerned then has six months to take the necessary measures to ensure the satisfactory fulfilment of the milestones and targets. If this has not been done within six months, the Commission can reduce the overall amount of the financial contribution.

For a payment to be made by the Commission, none of the previously met milestones or targets can be reversed.

In case milestones and targets are no longer achievable for objective circumstances, the Member State has the possibility to submit an amended plan to the Commission.

The European Parliament also has a role in all this and be asked to given an overview of the Commission's preliminary findings on the fulfilment of milestones and targets related to payment requests and disbursement decisions.

The key question for some is that the money is proven to be well spent.

So, in the case of Portugal, for instance, how will he EU's financial interests be protected?

Well, it will have to guarantee compliance with Union and national laws, including the effective prevention, detection and correction of conflict of interests, corruption and fraud, and avoidance of double funding.

Given Portugal’s relatively poor record in the disbursement of EU funds in the past, some question its capacity to handle such a huge pot of money now.

But the Commission has warned that it will carry out on-the-spot checks, covering all countries, including Portugal.

The Commission spokesman said: “Even if milestones and targets have been fulfilled, where the Commission finds serious irregularities (namely fraud, conflict of interest, corruption), double funding or a serious breach of obligations resulting from the financing agreements and the member states do not take timely and appropriate measures to correct such irregularities and recover the related funds, the Commission will recover a proportionate amount and/or, to the extent applicable, request an early repayment of the entire or part of the loan support.”

OLAF, the Court of Auditors, the European Public Prosecutors Office and the Commission itself may access relevant data and investigate the use of funds if necessary.

Portugal’s plan was the first to be approved by the commission and it is worth recalling how the Commission actually assessed Portugal's recovery and resilience plan.

Portugal had to meet no less than 11 criteria of whether:

Portugal, importantly in its case, also had to show that is plan includes reforms that address long-lasting bottlenecks in the business environment (licensing and regulated professions) and that aim at modernising and increasing the efficiency of the judicial system.

Of course, the EU has part funded its massive recovery plan by borrowing on the financial markets.

Therefore, it (the EU) must also demonstrate to international institutional investors that it will treat them fairly and equitably.

A banking scandal in Portugal - the collapse of Banco Espirito Santo (BES), Portugal’s second largest bank in 2015 – suggests Lisbon will struggle to meet this particular demand.

The demise of BES has given rise to Recover Portugal, a group that represents a group of European financial institutions holding Novo Banco bonds. They invested in the reform and recovery of the Portuguese economy and are taking action against the illegal retransfer of Novo Banco notes in 2015.

This still unresolved case gives cause for real concerns among some international institutional investors about the risks of lending the EU €750bn to finance its RRF.

Portugal has also been hit by rule of law scandals and was criticised for its extremely contentious nomination by Lisbon for the position of the European Public Prosecutor’s Office (EPPO).

The Commission has also highlighted the slow pace of administrative and fiscal justice in Portugal, and has demanded reforms that the Portuguese government needs to take.

The harsh truth, clearly, is that a series of events in recent years suggest that, behind the reform headlines, a particularly flawed governance culture still remains in Portugal. 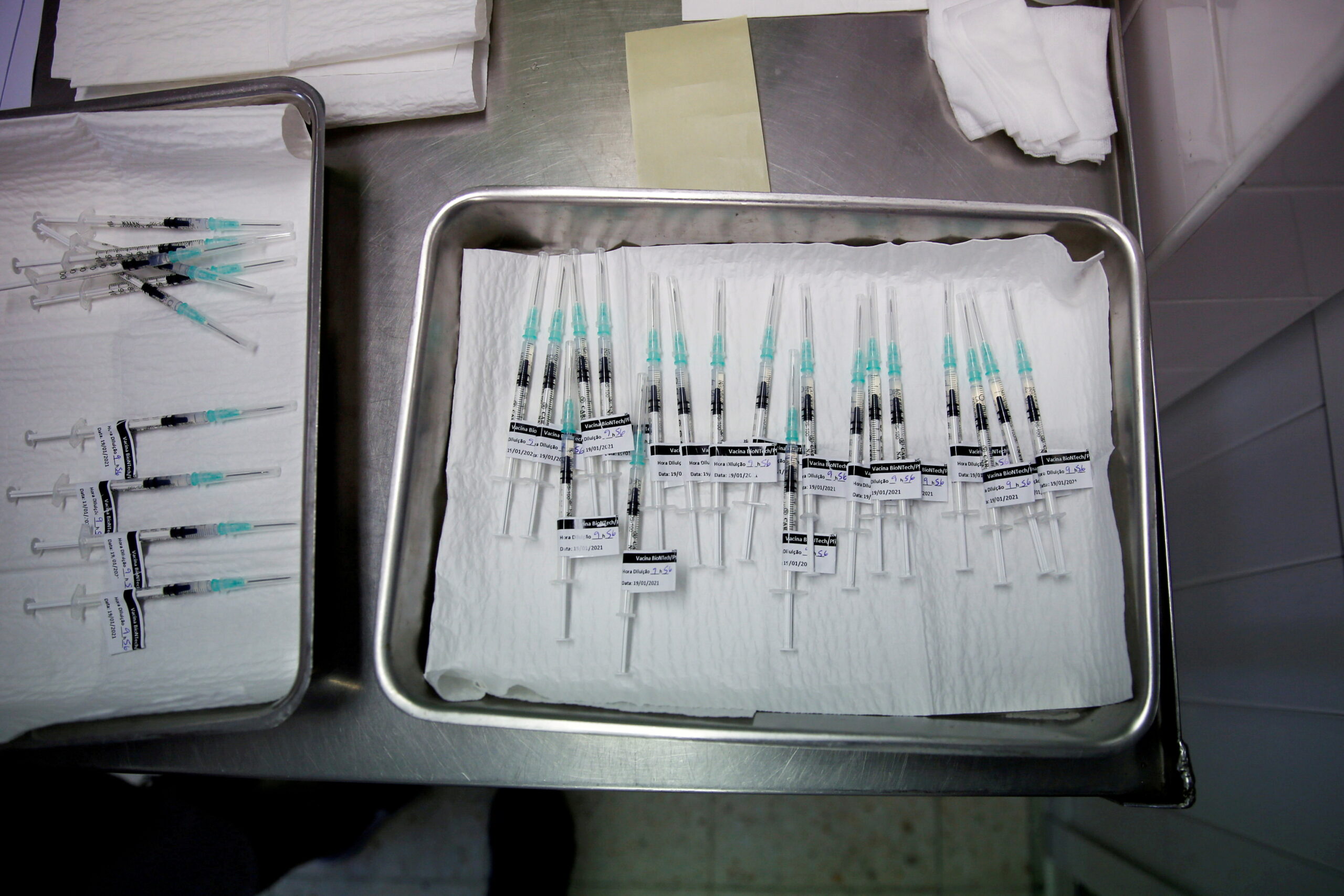 Portugal said on Saturday (3 July) it hoped to vaccinate a further 1.7 million people against COVID-19 over the next two weeks as authorities scramble to contain a surge in infections caused by the more contagious Delta variant, writes Catarina Demony, Reuters.

Cases in Portugal, a nation of just over 10 million, jumped by 2,605 on Saturday, the biggest increase since Feb. 13., taking the total cases since the pandemic began to 887,047.

New cases are being reported mostly among unvaccinated younger people so daily coronavirus deaths, currently in single digits, remain well below levels in February, when the country was still under lockdown after January's second wave.

Portugal has fully vaccinated around 35% of its population, and those aged 18 to 29 can start booking vaccination appointments on Sunday.

In a statement, the vaccination taskforce said it would use all installed capacity to vaccinate 850,000 people per week over the next 14 days to "protect the population as fast as possible" due to the "rapid spread" of the Delta variant.

Around 70% of cases in Portugal are of the Delta variant, which was first identified in India but has led to a wave of new infections worldwide. The variant is sweeping across the country, with the Lisbon region and tourist magnet Algarve being the most affected.

The speed-up of the vaccination rollout could lead to longer queues outside vaccination centres, the taskforce said.

The national health institute, Ricardo Jorge, said in a report the variant was putting increasing pressure on the health system. More than 500 COVID-19 patients are in hospital.

A night-time curfew came into force on Friday evening in 45 municipalities including Lisbon, Porto and Albufeira, and restaurants and non-food shops must close earlier at the weekend in some areas. Read more. 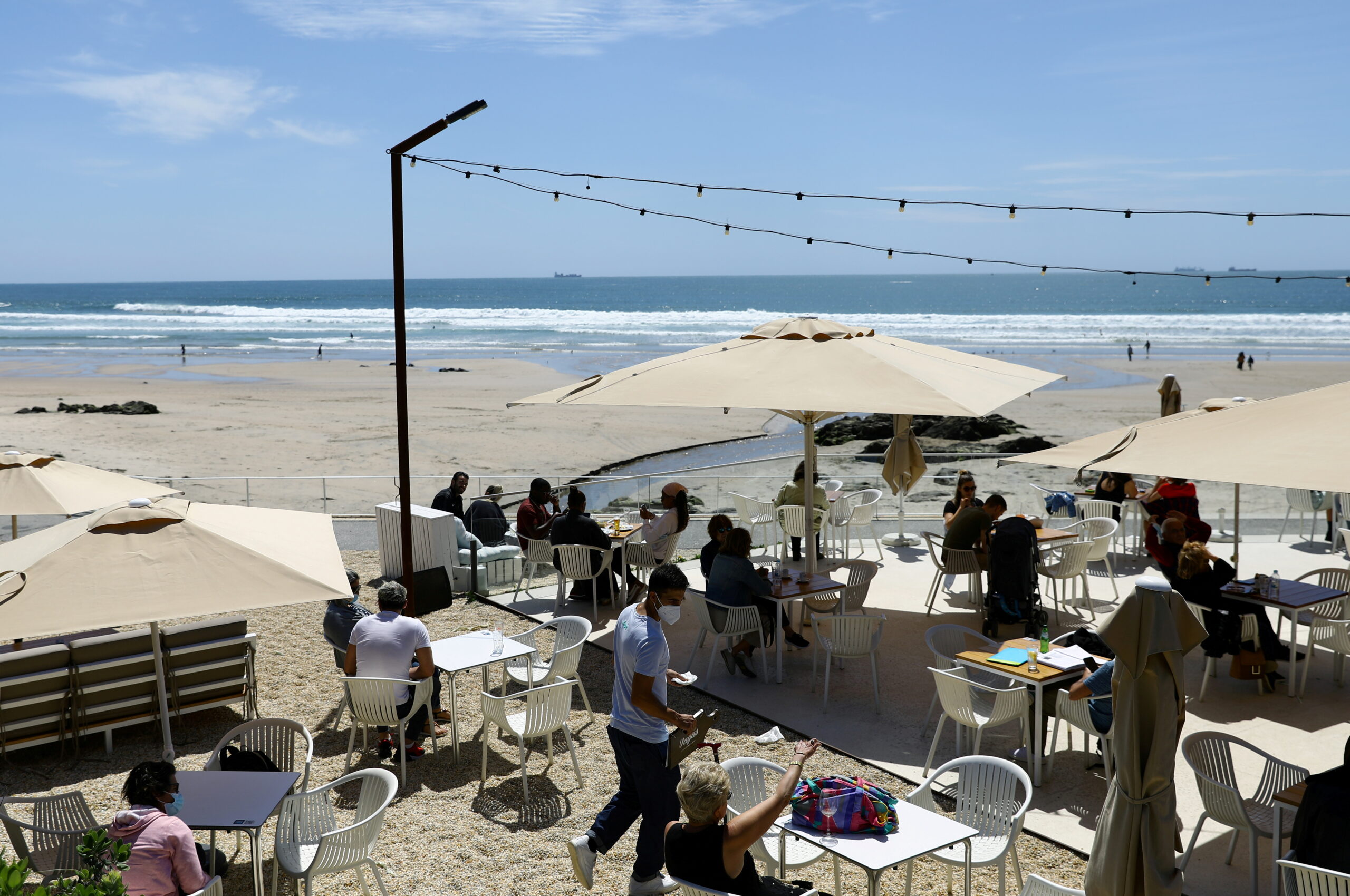 British visitors to Portugal must quarantine for 14 days from Monday (28 June) if they are not fully vaccinated against COVID-19, the Portuguese government said, writes Catarina Demony.

The new rule, in place until at least 11 July, follows a surge in cases in Portugal to levels last seen in February, when it was under a strict lockdown. Positive cases have also risen in Britain but its vaccination roll-out has been faster.

Britons arriving by air, land or sea must show proof they are fully vaccinated or self-isolate for 14 days at home or at a place indicated by health authorities, the government said in a statement late on Sunday.

A person is considered fully vaccinated 14 days after their second vaccine dose or the single-shot Johnson & Johnson vaccine. Passengers from Britain who have recovered from COVID-19 and received one dose will also be allowed in.

Britain is one of Portugal's biggest sources of foreign tourists but it removed Portugal from its own quarantine-free travel list earlier this month.

This means British holidaymakers must self-isolate for 10 days when they return home and also take expensive COVID-19 tests.

Britain is not on the EU's "safe" list of non-EU countries from which it will allow non-essential travel, although fully vaccinated vistors may be able to come. At a meeting on Monday, Britain did not feature on the list of potential additions. Brunei may be added later this week.

Portuguese health authorities have blamed the rise in cases on the more contagious Delta variant, first identified in India.

It accounts for over 70% of cases in the Lisbon area and is spreading to other parts of the country, which has the EU's second highest seven-day rolling average of cases per capita, according to online publication Our World in Data. Read more.

Portugal opened its borders to British tourists in mid-May and let in thousands of English soccer fans for the Champions League final. Read more.