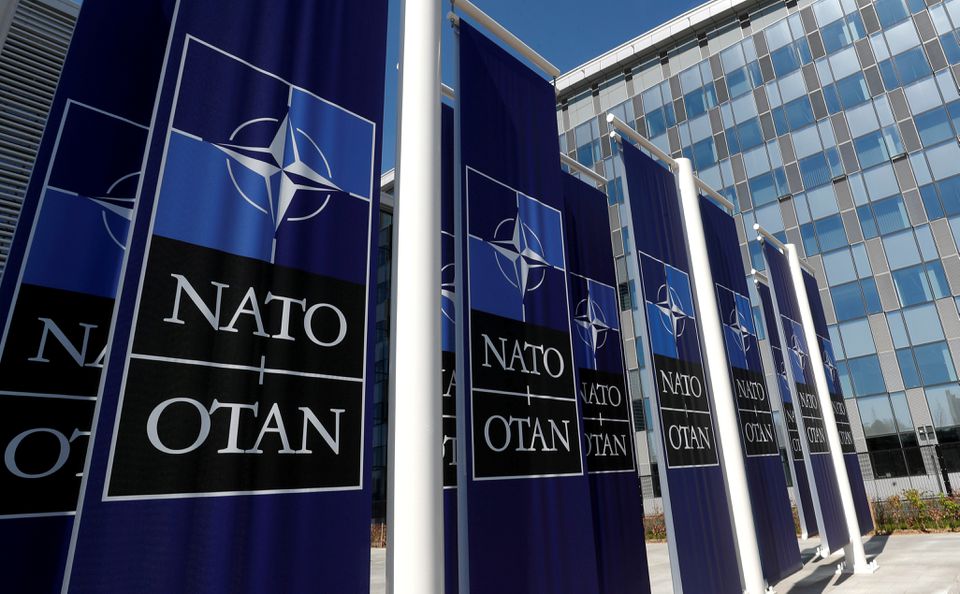 Banners displaying the NATO logo are placed at the entrance of NATO headquarters during the move there, in Brussels, Belgium. REUTERS/Yves Herman/File Photo

Moscow has warned NATO that any move towards Ukraine's membership in the bloc will have consequences, the RIA news agency quoted Russian Deputy Foreign Minister Andrei Rudenko as saying on Thursday (21 October), write Maxim Rodionov and Olzhas Auyezov, Reuters.

RIA said Rudenko had been asked about US Defence Secretary Lloyd Austin's comments on a visit to Ukraine this week when he said that Washington supported Kyiv's aspiration's to join the transatlantic alliance and that no country could veto such a move.

Life of the company suspected of supplying equipment to Crimea 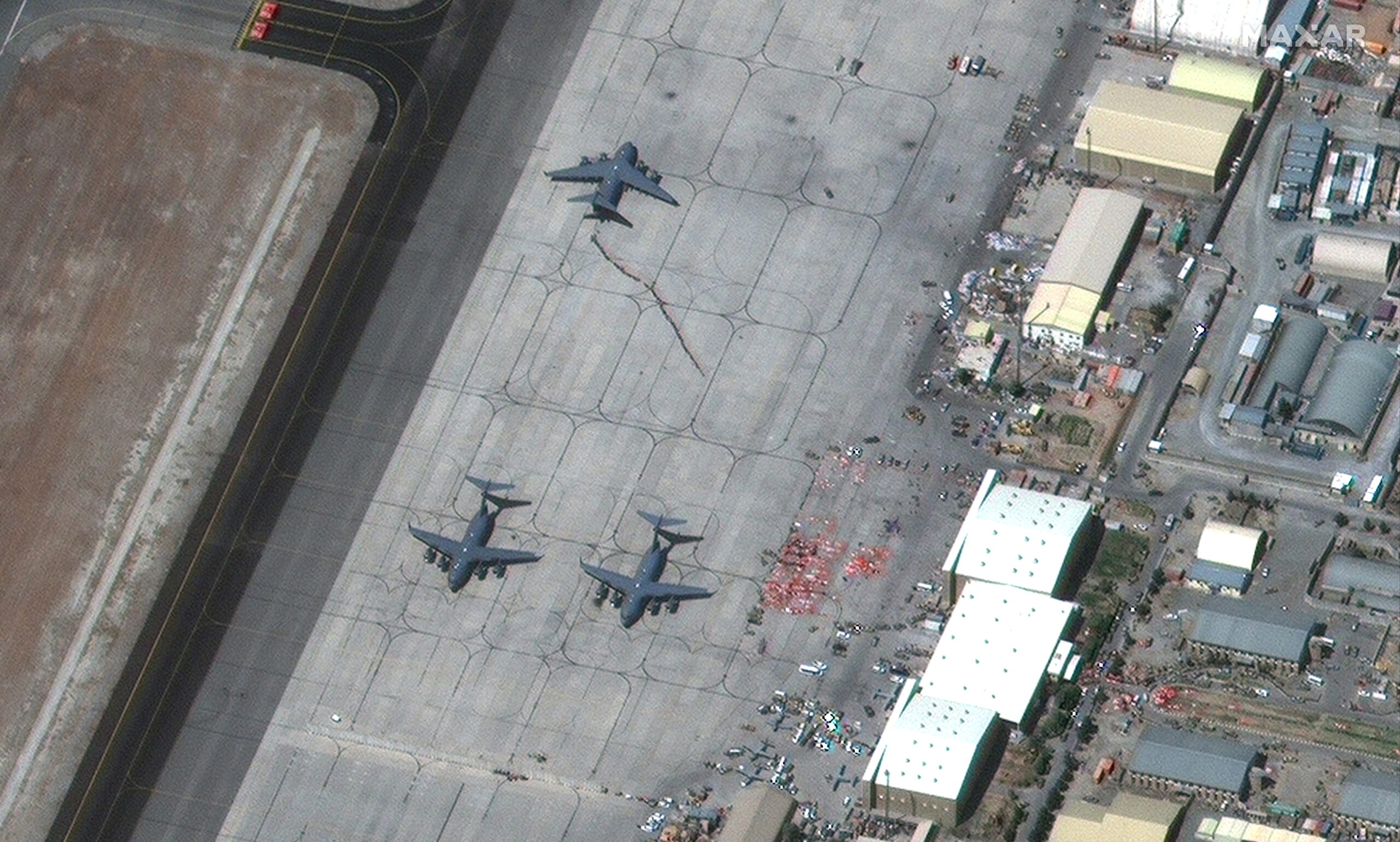 A view of people waiting in line to board the C-17 Globemaster III aircraft at the Hamid Karzai International Airport, in Kabul, Afghanistan August 27, 2021. Satellite image 2021 Maxar Technologies/Handout via REUTER

NATO allies are struggling to ensure that Afghanistan's main gateway, Kabul airport, remains open for urgently needed humanitarian aid flights next week when they end their evacuation airlifts and turn it over to the Taliban, write Stephanie Nebehay and Orhan Coskun.

The airport, a lifeline for tens of thousands of evacuees fleeing Taliban fighters in the past two weeks and for aid arriving to relieve the impact of drought and conflict, was hit by a deadly suicide bombing outside its gates on Thursday (26 August).

Turkey said it was still talking to the Taliban about providing technical help to operate the airport after the 31 August deadline for troops to leave Afghanistan but said the bombing underlined the need for a Turkish force to protect any experts deployed there.

Turkey has not said whether the Taliban would accept such a condition, and President Tayyip Erdogan said on Friday his country was "not in a rush to start flights" again to Kabul.

But aid groups said there is an urgent need to maintain humanitarian deliveries to a country suffering its second drought in four years and where 18 million people, nearly half the population, depend on life-saving assistance.

U.S. State Department spokesman Ned Price said on Friday that U.S. and allied air traffic experts had assessed Kabul airport "for capabilities that would support the resumption of commercial operations once we depart" and that the United States was working with all parties "to facilitate a smooth transfer".

However, he noted: "With the U.S. military set to depart by 31 August, I think that it is probably unreasonable to expect that there will be normal airport operations on 1 September"

Price said the Taliban also wanted a functioning airport and stressed that the operation of the airport after 31 August was "not up to us". The Pentagon said several nations are willing to work with the Taliban to keep the airport operating.

The World Food Programme, which runs the UN Humanitarian Air Service, is planning to start flights over the weekend to create a humanitarian air bridge into Afghanistan, UN spokesman Stephane Dujarric told reporters in New York.

"That will involve flights from Pakistan into various airports, outside of Kabul, into Kandahar and Mazar-i-Sharif," Dujarric said. "WFP is appealing for about $18 million for the passenger service and $12m for the cargo air bridge."

Dujarric said it is unclear what would happen at Kabul airport after 31 August. He described the airport as critical to the work of the United Nations, which has stressed that it plans to stay in Afghanistan to help those in need.

"It will be incumbent on ... the Taliban to ensure that there is a system in place, security in place, for Kabul to have a functioning airport," Dujarric said.

The World Food Programme said this week that millions of people in Afghanistan were "marching towards starvation" as the COVID-19 pandemic and this month's upheaval, on top of the existing hardships, drive the country to catastrophe.

The World Health Organization said on Friday that medical supplies in Afghanistan would run out in days, with little chance of re-stocking them.

"Right now because of security concerns and several other operational considerations, Kabul airport is not going to be an option for the next week at least," WHO regional emergency director Rick Brennan said.

As aid groups struggle to keep supply routes into the country open after the Aug. 31 departure of foreign troops, Afghans trying to leave the country are finding the few remaining exits slamming shut.

Several European Union countries have said they have ended evacuation operations from Kabul, and the United States has said that by today (30 August) it will prioritize the removal of its last troops and military equipment.

Afghans with valid documents will be able to travel in the future at any time, a senior Taliban official said on Friday (27 August).

NATO pledges to speed evacuations from Afghanistan as criticism mounts 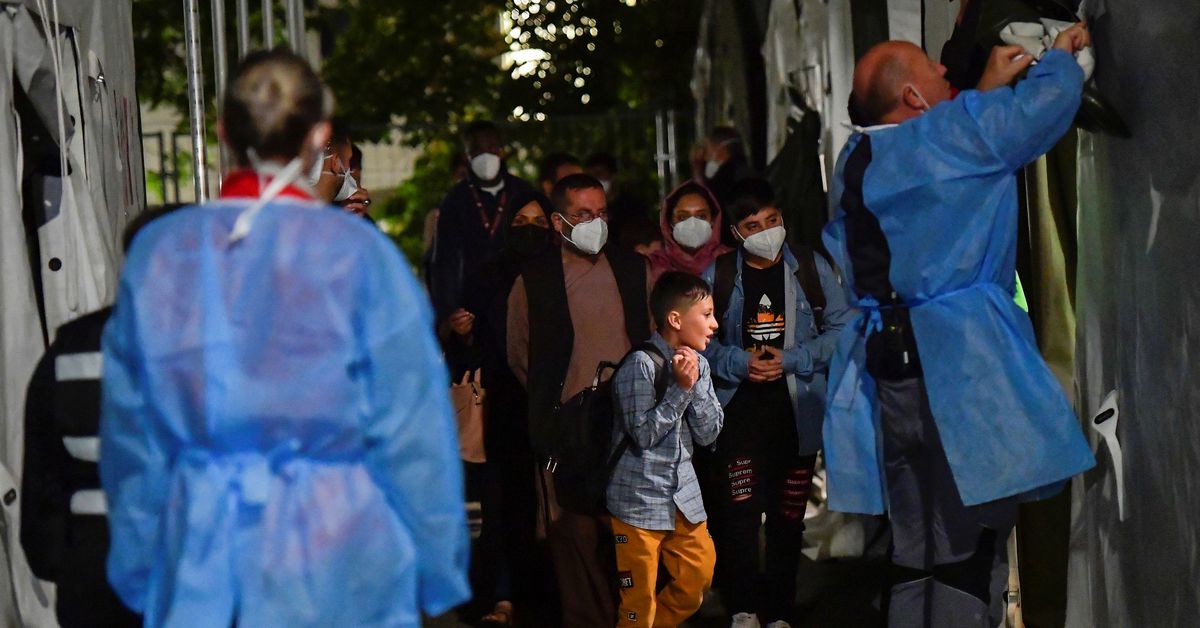 More than 18,000 people have been flown out of Kabul since the Taliban took over Afghanistan's capital, a NATO official said on Friday (20 August), pledging to redouble evacuation efforts as criticism of the West's handling of the crisis mounted, write Kabul and Washington newsrooms and Lincoln Feast.

Thousands of people, desperate to flee the country, were still thronging the airport, the official who declined to be identified told Reuters, even though the Taliban have urged people without legal travel documents to go home.

The speed with which the Taliban conquered Afghanistan as US and other foreign troops were completing their withdrawal surprised even their own leaders and has left power vacuums in many places.

The Taliban urged unity ahead of Friday prayers, the first since they seized power, calling on imams to persuade people not to leave Afghanistan amid the chaos at the airport, protests and reports of violence.

A witness told Reuters several people were killed in the eastern city of Asadabad on Thursday when Taliban militants fired on a crowd demonstrating their allegiance to the vanquished Afghan republic, as the Taliban set about establishing an emirate, governed by strict Islamic laws.

There were similar shows of defiance in two other cities - Jalalabad and Khost - in the east, as Afghans used celebrations of the nation's 1919 independence from British control to vent their anger with the Taliban takeover.

Another witness reported gunshots near a rally in Kabul, but they appeared to be Taliban firing into the air.

A Taliban spokesman was not immediately available for comment.

Kabul has been largely calm, except in and around the airport where 12 people have been killed since Sunday, NATO and Taliban officials said.

White House national security adviser Jake Sullivan said in an interview with NBC News that the United States was "laser-focused" on "the potential for a terrorist attack" by a group such as Islamic State during the evacuation.

Criticism of NATO and other Western powers has mounted as images of the chaos and desperation are shared around the world.

In one scene captured on social media, a small girl was hoisted over the airport's perimeter wall and handed to a US soldier.

U.S. President Joe Biden is set to speak about the evacuation efforts at 13h (17h GMT) on Friday, having faced a torrent of criticism for his handling of the troop withdrawal, negotiated by the previous US administration.

Media in Britain reported its spy chiefs may face a grilling over intelligence failings. Several British officials remained on holiday as the Afghan debacle erupted, and Foreign Minister Dominic Raab has been heavily criticised for his initial response to the unfolding crisis.

The governments of Germany and Australia have also faced calls to do more and speed up the evacuation of citizens and vulnerable Afghans.

On Thursday (19 August), G7 foreign ministers called for a united international response to prevent the crisis from worsening, in comments echoed by countries including Russia.

A Taliban spokesman told Chinese state media that China has played a constructive role in promoting peace and reconciliation in Afghanistan and was welcome to contribute to its rebuilding. Read more.

Since seizing Kabul on Sunday (15 August), the Taliban have presented a more moderate face, saying they want peace, will not take revenge against old enemies and will respect the rights of women within the framework of Islamic law.

As the Taliban work to set up a government, including talks with a former president, Hamid Karzai, they're discovering new problems including hundreds of government officials who have not been paid for two months, a Taliban official said.

"It's too early to say how this problem will be solved but it's an immediate challenge," the official said.

A Norwegian intelligence group said in a report the Taliban had begun rounding up Afghans on a blacklist of people linked to the previous administration or U.S.-led forces that supported it. Complaints by some Afghan journalists have cast doubt on assurances that independent media would be allowed.

Amnesty International said an investigation found the Taliban had murdered nine ethnic Hazara men after taking control of Ghazni province last month, raising fears that the Taliban, whose members are Sunni Muslims will target Hazaras, who mostly belong to the Shi'ite minority.

A Taliban spokesman was not immediately available for comment on the reports.

A U.S. lawmaker said the Taliban were using files from Afghanistan's intelligence agency to identify Afghans who worked for the United States.

"They are methodically ramping up efforts to round those folks up," said Representative Jason Crow, who has been leading efforts in the US Congress to accelerate the evacuation of American-affiliated Afghans.

US Secretary of State Antony Blinken speaks about infrastructure investment at the University of Maryland's A. James Clark School of Engineering in College Park, MD, US. Patrick Semansky/Pool via REUTERS/File Photo

US Secretary of State Antony Blinken (pictured) spoke with his Canadian and German counterparts and NATO Secretary General Stoltenberg to discuss plans to reduce violence in Afghanistan amid a rapidly evolving security situation, US department of state said in a statement, writes Aishwarya Nair in Bengaluru.