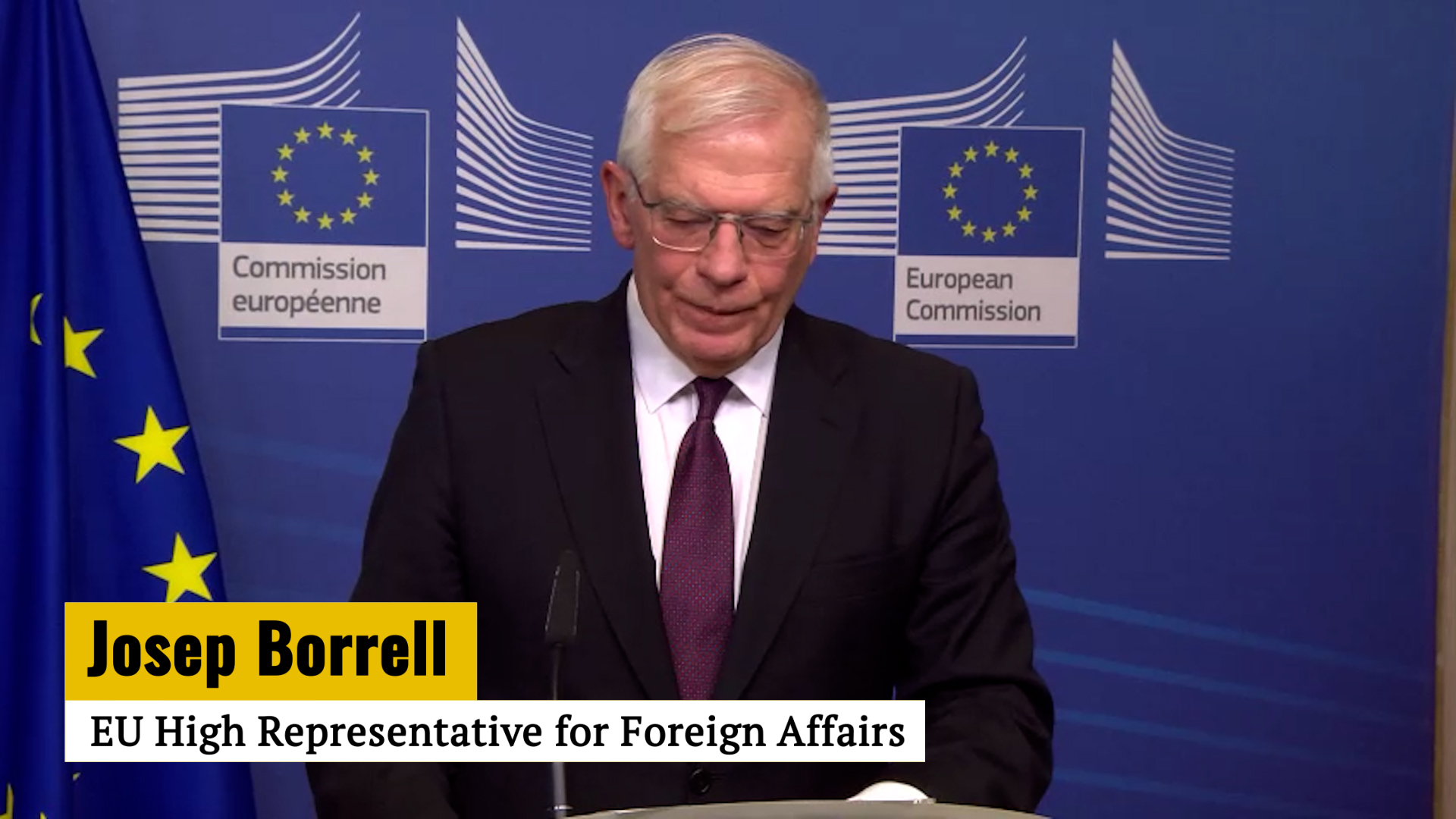 “These are among the darkest hour for Europe since the end of World War 2. A major nuclear power has attacked a neighbouring country and is threatening reprisals of any other states that may come to rescue. This is not only the greatest violation of international law, it's a violation of the basic principles of human co-existence. It's costing many lives with unknown consequences ahead of us.

“I will be in touch with our partners around the world to ensure the international community will fully grasp the gravity of the moment and to call for a strong and united call on Russia to immediately cease this behaviour, intolerable behaviour. Russian leadership will face unprecedented isolation.

“We stand united in saying no to violence and destruction as a means to obtain political gains. We the European Union remain the strongest group of nations in the world, and this should not be underestimated.

“More immediately, we will be designing urgent assistance to Ukraine. In this dire situation. We will also be active in supporting evacuations operations, including our own staff in zones affected by this Russian attack.

“The European Union together with trans-Atlantic, and like minded partners, have made unprecedented efforts to achieve a diplomatic solution to the security crisis caused by Russia. But Russia has not reciprocated these efforts, and instead, has unilaterally moved for a grave and premeditated escalation leading to war. President Putin needs to stop this senseless aggression. And today our thoughts are with the people of Ukraine. We will stand with them.”