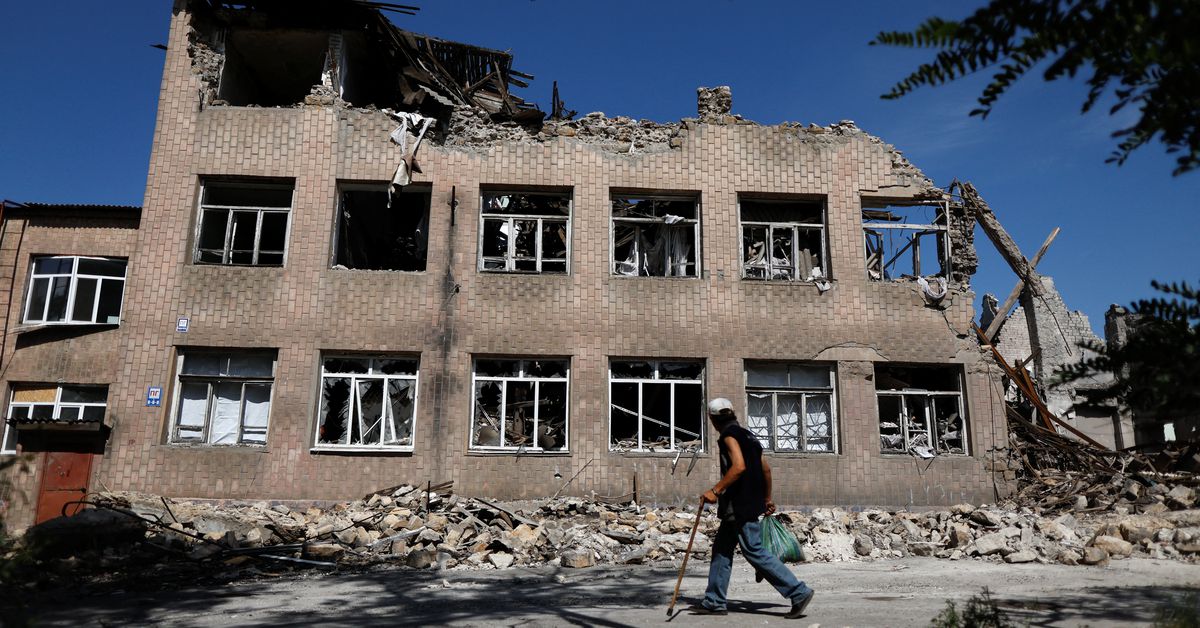 A man walks near a destroyed school, as Russia's attack on Ukraine continues, in Toretsk, Donetsk region, Ukraine 22 August, 2022.

The United States has intelligence that Russia is planning to launch fresh attacks against Ukraine's civilian infrastructure and government facilities soon, a US official said on Monday (22 August).

The official said the statement was based on downgraded US intelligence.