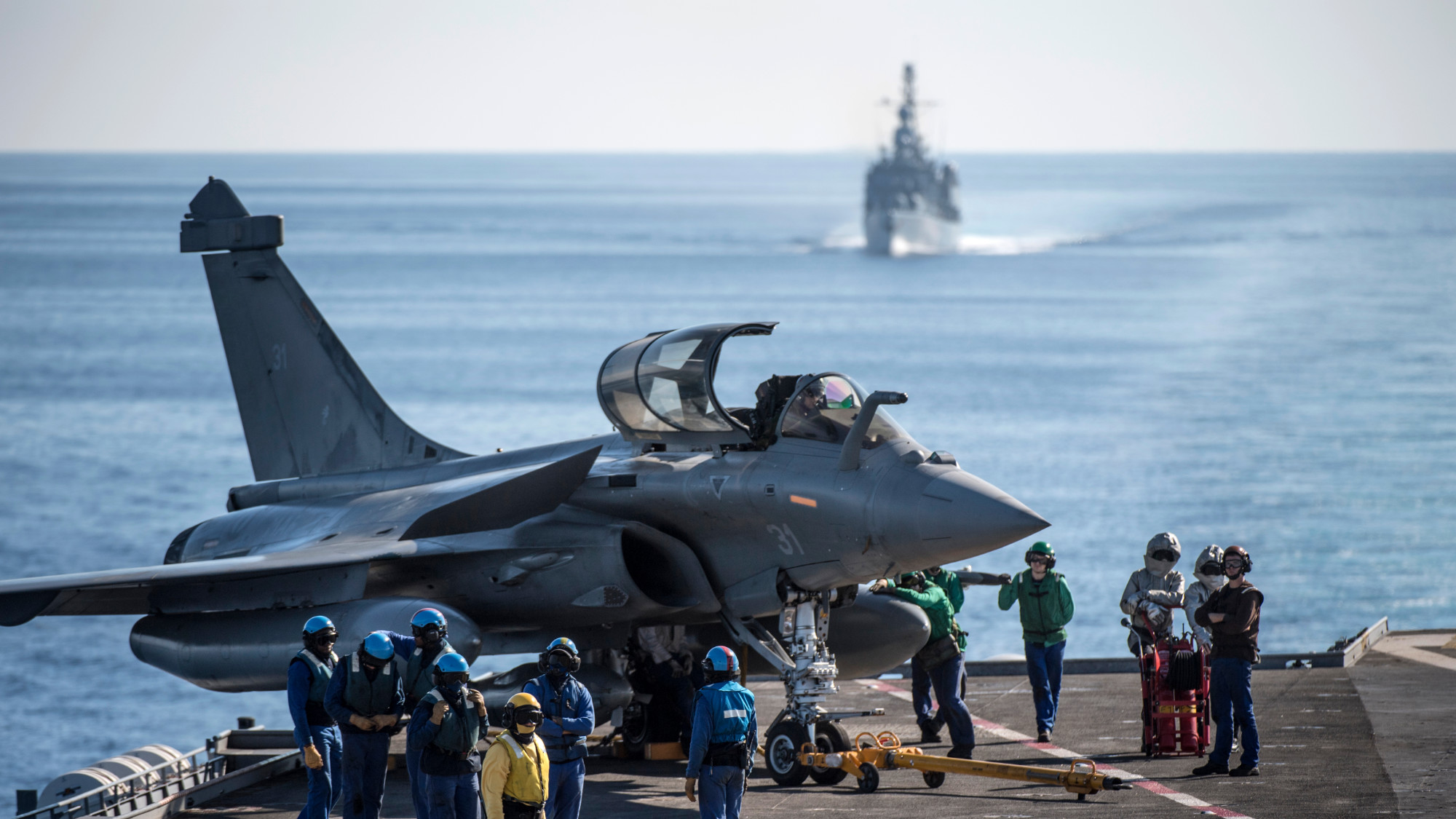 Is Portugal in danger of returning to being the 'sick man' of Europe? 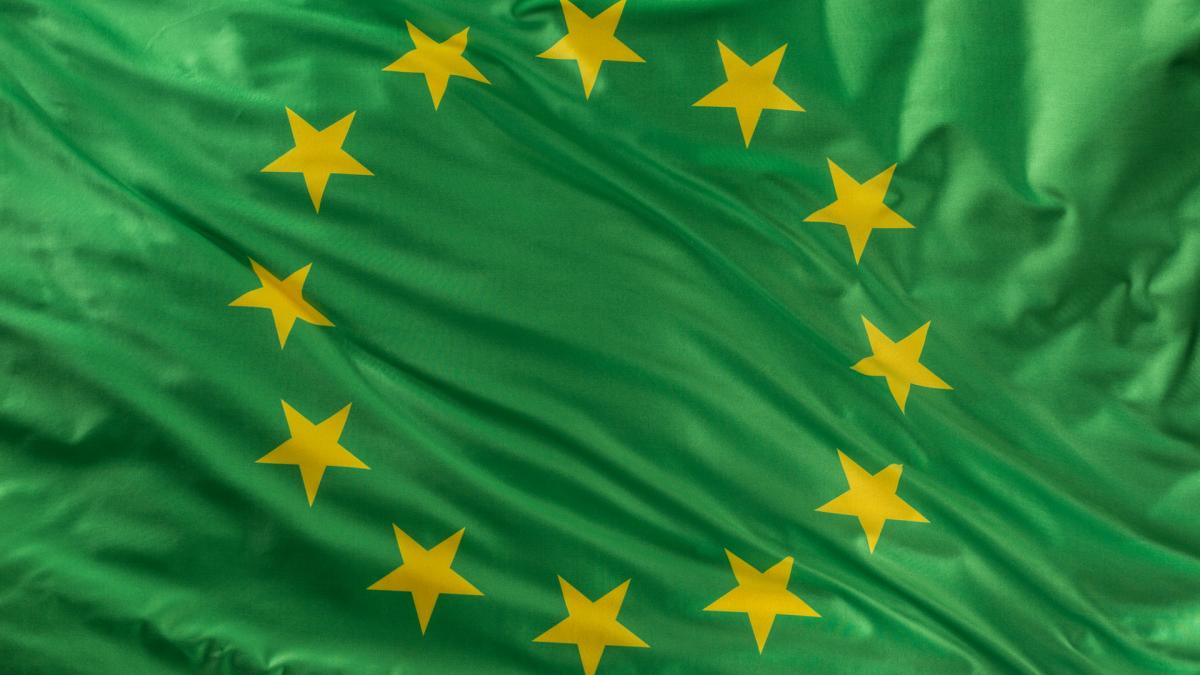 Today (23 March), Executive Vice President Frans Timmermans, China's Ecology and Environment Minister Huang Runqiu and Canada's Environment and Climate Change Minister Jonathan Wilkinson will co-convene the 5th session of the Ministerial on Climate Action (MoCA). The annual meeting, hosted this year by China, will be held virtually for the second time due to the COVID-19 pandemic. The MoCA is the first major ministerial meeting of the year on international climate action, and will be an important stepping stone towards the COP26 in November. Discussions will focus on how to enhance global ambition on emission reductions, while supporting co-operation and solidarity between the Parties. It is also an important forum for understanding country-specific challenges and opportunities in implementing low-carbon, resilient and sustainable policies and measures in a green recovery world. Participants will include ministers from G20 countries and other key parties in the UN climate negotiations. The EU will urge its international partners to follow its commitment to net zero emissions by mid-century and undertake significant emission cuts by 2030 to put their countries on a pathway to uphold their Paris Agreement commitments.

Lock 'em up or let 'em out? #Coronavirus prompts wave of prisoner releases

The rapid spread of coronavirus is piling pressure on criminal justice systems globally and has led to a flood of prisoner releases, with the United States, Canada and Germany joining Iran in releasing thousands of detainees, writes Luke Baker.

Germany’s most populous state, North-Rhine Westphalia, announced on Wednesday it would release 1,000 prisoners who are close to the end of their sentences, with sex offenders and violent inmates excluded from the list.

The aim is to free up cells so that quarantined areas can be set up for inmates that contract the disease, with many expected to do so given the tight confinement in any prison facility and the ease with which the virus spreads.

In Canada, 1,000 inmates in the state of Ontario were released last week and lawyers are working with prosecutors to free many more from provincial jails by accelerating bail hearings, among other steps.

“The concern is that a jail sentence can potentially become a death sentence for those that are there,” said Daniel Brown, a Toronto lawyer.

The US state of New Jersey plans to temporarily release around 1,000 low-risk inmates, and New York City’s Board of Corrections, an independent oversight body, has called on the mayor to release around 2,000.

Similar steps are being taken in Britain, Poland and Italy, with authorities set to closely monitor those that are released to ensure it does not lead to a surge in criminal activity or fuel social unrest at a time of national unease.

But while such measures are possible in many developed countries, and may help stem the spread of a disease that has infected more than 420,000 people and killed nearly 19,000, they pose serious challenges in other parts of the world.

In Iran, where around 190,000 people are incarcerated and the coronavirus has infected 25,000 people, the government has announced it will temporarily release 85,000 prisoners, with 10,000 of them being granted pardons.

Depending on how long the crisis lasts - and Iran is already talking about a second wave of infections - criminal justice experts say it may prove difficult to manage a large number of freed prisoners or reincarcerate them.

“The longer this goes on and the more desperate the situation becomes, it may lead to bolder decisions that lead to the release of more violent or more dangerous criminals,” said Keith Ditcham, a senior research fellow in organized crime and policing at Britain’s Royal United Services Institute.

“What do you do when things return to normality? You have a number of undesirables either in your country or traveling globally ... It puts the whole law enforcement effort back by a significant margin.”

In some countries, the fear is that inmates won’t be released. In Venezuela, human rights groups are concerned about the spread of COVID-19 among a prison population of 110,000 in conditions that are already highly unsanitary.

In Bogota, Colombia, a prison riot over coronavirus left 23 prisoners dead and scores injured, and similar unrest has struck detention facilities from Italy to Sri Lanka.

Sudan announced it was releasing more than 4,000 prisoners as a precaution against the disease.

In Brazil, some 1,400 prisoners escaped from four facilities last week ahead of a lockdown over coronavirus, with only around 600 recaptured so far, authorities said.

Even those calling for prisoners to be freed in the hope it will prevent deaths have faced problems. In Egypt, four women were detained a week ago after demonstrating for releases. They themselves were released after questioning.

“What we’re seeing is quite a seismic change in how law enforcement goes about its business in the coming months,” said RUSI’s Ditcham. “The lesser of two evils may be to release all but the most violent and dangerous criminals.”

As the Brexit and the trade war between the US and China continue to heat up, it seems that Canada got many benefits from it. Canada’s technology stocks are going up since the US-China Trade war. As Silicon Valley takes off steam as the North American technology capital, Canadian tech companies begin to soar high for surplus technology capital.

Britain and Canada had been in a long-standing political and economic relationship. And as Britain leaves the European Union, Canada started strong. Britain is Canada’s second-largest investment partner and had created the long and fruitful business relationships – from creating jobs for 100,000 Brits in Canada’s. CGI, Inc., a Canadian tech company, is meanwhile bracing itself for an increase in demand for its services as the government adjusts to the new rules. The company announced that they will retain their UK office and that they will focus on helping their clients deal with the challenges related to the Brexit.

As the Brexit and US-China trade war continues, Canada’s eSports industry continues to increase. The UK was one of the first to gaming venues in the 20th century but now China, the USA, and Canada are performing better than the UK gambling entities, especially in the iGaming sector.

Along with eSports, online gambling is a dominant industry linking Canada and the UK. Brexit will help the UK to create an online gambling law framework from scratch. That means the UK can keep up with Canada’s gambling industry. Despite the massive difference in population, the Canadian gambling industry with users has surpassed the UK. What has Canada done differently? North American countries had been free in terms of bold decisions related to the World Wide Web. The same can’t be said about the UK as they were limited by EU decisions. Canada surpassed many countries in the last decade in the digital gambling sector. The contribution to the economy was huge as the country helped business entities to get worldwide recognition.

Canada was the first to create a liberal law framework for the gambling sector. Local gaming operators have created a very friendly environment. Not only locals, but tourists were in a rush to visit Canada and enjoy gaming. Canada created a successful iGaming industry where gamers enjoy playing online real money casino games. The equal environment and offers makes the Canadian casino industry stand out from the crowded competition.

The UK has a chance to transform the gaming industry fully. They have left the EU system but there are many decisions (from the EU) that the UK authorities have to change. There is still a long way for the UK to go as Canada is a decade ahead when it comes to gaming. Canada has not only created a friendly environment, but it has implemented technological achievement first in the world. It’s a sign that the country’s officials believe in technologies, therefore, the freedom of choice of people. When the industry focuses on the user as the ascending point, it starts growing.

With Canada’s booming tech industry amidst the volatility of Brexit and the US-China trade war, the state has passed a somewhat better way to protect its data resources and tech usage. Through the creation of the Digital Charter, the country made sure that its people will trust the tech turn over despite issues with the US and China.

The Digital Charter is made up of ten principles that are built on trust. The principles include control and consent, universal access, safety and security, portability, interoperability, and transparency. Also, these include free from hate, open and modern digital government, a level playing arena, digital and data for good, violent radicalism, strong democracy, robust enforcement, and real accountability.

But the main point of the Digital Charter is that the digital usage of every Canadian is safe, transparent, always for good, and every Canadian has an equal opportunity of its usage. Whoever will use it for illegal use and violate the laws will have severe penalties.

With the increase of technology stocks of Canadian tech companies, President Trudeau has assured the many that Brexit has a minimal disruption in the Canadian economy.

As China continues to ban much export of Canada, the US became the primary export market of the country. According to sources, there was a 2.1% increase in exports last 2019 compared to the exports in 2018. As Canada and the US struggled with their ties with China, Canada continued and strengthened its relations with America.