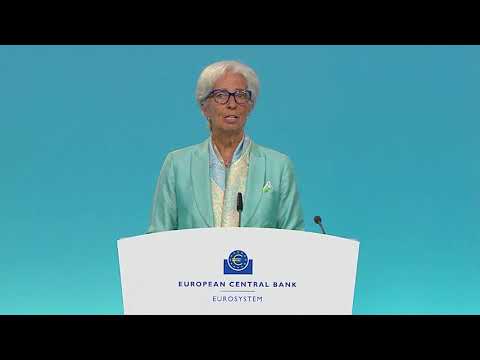 Speaking after the first meeting of the Governing Council since the ECB presented its strategic review, ECB President Christine Lagarde announced that inflation may exceed the 2% target for a “transitory period”, but stabilize at 2% in the medium term.

The strategic review has adopted what is called a symmetric inflation target of two per cent over the medium term. In the past, the central bank for the eurozone took a position that the target should never be overshot. The new flexibility which has received unanimous support, is nonetheless treated with some caution be some central banks who are more wary of inflation, notably the German Bundesbank.

The ECB expects inflation to increase largely driven by higher energy prices, temporary cost pressures from renewed demand in the economy with some supply chain bottlenecks and the impact of a temporary VAT reduction in Germany last year. It expects that by early 2022, the impact of these factors should rebalance the situation. Overall weak wage growth and the appreciation of the euro mean that price pressures will likely remain subdued overall.

Growth could underperform ECB expectations if the pandemic intensifies or if supply shortages turn out to be more persistent and hold back production. However, economic activity could outperform our expectations if consumers spend more than currently expected and draw more rapidly on the savings they have built up during the pandemic.