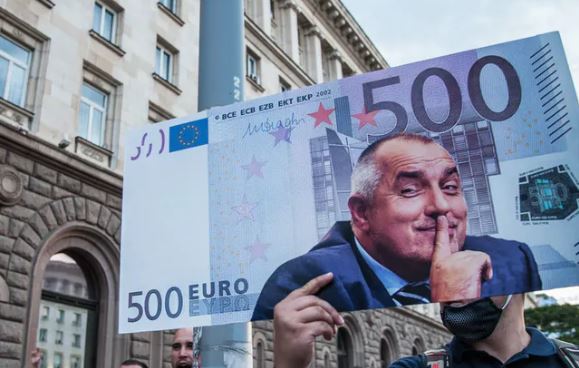 Today (8 October) MEPs voted on the resolution on the rule of law in Bulgaria. With the notable absence of support from the largest group in the European Parliament - the European Peoples’ Party - the report won the support of the majority of the other groups: social democrats, liberals, left and green groups. It was adopted by 358 votes to 277 votes against.

The parliament’s resolution expresses concern on the “significant deterioration of respect for the principles of the rule of law, democracy and fundamental rights, including the independence of the judiciary, separation of powers, the fight against corruption and freedom of the media”. The report also highlights the need for the Bulgarian government to ensure tighter control on the way EU money is spent and to address concerns that EU money is used to enrich people close to the ruling GERB (European Peoples’ Party) party.

In the week that the European Commission launches a new strategy to include the Roma minority, the resolution also called for more rights for this group and for the adoption of the Council of Europe Istanbul Convention on preventing and combating violence against women and domestic violence.

Juan Fernando López Aguilar, S&D Chair of the Civil Liberties, Justice and Home Affairs Committee, said: “Press freedom is an essential ingredient for a healthy democracy. For the third year in a row, Bulgaria is 111th on the World Press Freedom Index, by far the worst ranking for any EU country. In Bulgaria, we are also witnessing a worrying a lack of accountability in the judicial system and a Bulgarian Parliament that is repeatedly neglecting its role in the checks and balances of a government mired in allegations of corruption. The combination of these ingredients is forming a toxic cocktail where public trust is very low and people are regularly taking to the streets.

“With this resolution we want to shed a light on the deteriorating state of the rule of law and fundamental rights in Bulgaria. We are speaking out for the seven million citizens of Bulgaria, just as we do for ten million Hungarian citizens and for forty million Polish citizens, because we are all European citizens. We are doing this for the people of Bulgaria, who we stand with in their fight for justice, accountability and democracy.”

Katarina Barley, S&D rapporteur on Bulgaria, said: “People have been taking to the streets in Bulgaria for 3 months now. They are unhappy with corruption, the lack of separation of powers and the lack of freedom of the press in the country. 80% of Bulgarian people consider corruption to be widespread, while journalists describe extensive political interference in the media. There are systemic problems in Bulgaria’s judicial system that have been highlighted by the European Court of Human Rights and the Venice Commission, such as the office of the Attorney General being able to act without any accountability whatsoever.

“This vote is a message to Bulgarian people and civil society: we support your demands. The Commission must do everything it can, using all the tools at its disposal, to ensure the Bulgarian government complies with fundamental European values. We also have a message for the EPP Group: you have a political responsibility to act when democracy, the rule of law and fundamental rights are under threat. Wake up to what the Bulgarian government is doing at the expense of its own, and all, EU citizens."

Ska Keller MEP, President of the Greens/EFA group and shadow rapporteur on the rule of law in Bulgaria, said: "The Parliament is sending a strong signal that we cannot turn a blind eye towards EU countries that have a rule of law and fundamental rights problem. We must call them out when they are failing to uphold our common European values that each country signed up to when they join the EU. The people of Bulgaria deserve to live in a European country free from corruption and where their rights are guaranteed by the rule of law.

"We stand with the protesters on the streets of Bulgaria. The Bulgarian government should improve the rule of law record and put much greater efforts into the fight against corruption more intensively. Given the current crisis in Bulgaria, it would be premature to end the Commission's monitoring and reporting of the country through the Cooperation and Verification Mechanism."

Daniel Freund MEP, Greens/EFA Member of the Budgetary Control committee who recently visited Bulgaria, said: "EU funds are supposed to contribute to development and to help citizens, not build villas for corrupt politicians or disappear into fake farms. The European Commission cannot stand by as the situation in Bulgaria deteriorates and corruption is widespread. The Commission should look at freezing EU funds to the government and instead directly fund beneficiaries in Bulgaria ensure that this money goes to where it's needed and not into the pockets of the corrupt.

"The people protesting are looking to Brussels for help and the EU must show that it's on the side of Bulgarian citizens. In the current negotiations on the EU's long-term budget, the Parliament is pushing for a mechanism that would support the rule of law and protect EU funds from corruption, which must not be watered down by the Council."

‘All countries have some corruption, but #Bulgaria has become a mafia state’ Yoncheva MEP

Related Topics:rule of law. corruption
Up Next

The rule of law, democracy and fundamental rights in Bulgaria 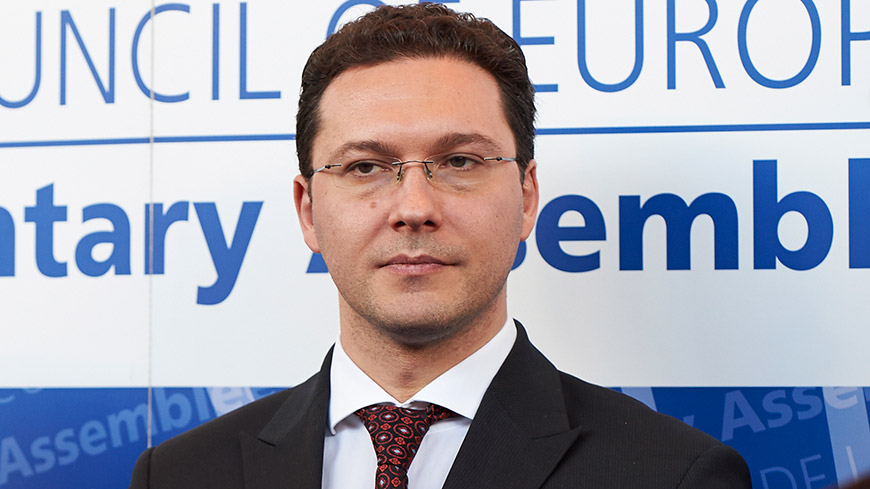 Bulgarian media is reporting today (15 April) that the ruling GERB party is proposing Daniel Mitov (pictured) to be Bulgaria’s next prime minister. Boyko Borissov, prime minister and leader of GERB party that won the largest share of votes in the April 4 parliamentary elections, said on April 14 at a meeting of the party's parliamentary group that they were also proposing Tsveta Karayancheva as Speaker of the National Assembly, and Desislava Atanasova as chair of the parliamentary group. Borissov called on all parties to take a responsible approach to the mandates for forming a government in the wake of the pandemic and financial and economic crisis.

Daniel Mitov is a former minister of foreign affairs in the cabinet, known as "Borissov 2". Mitov's career began in the Democrats for a Strong Bulgaria party, continued in the Bulgaria of the Citizens Movement, then he was foreign minister in the caretaker government with Prime Minister Georgi Bliznashki and in the second government of Boyko Borissov. Mitov is already a member of GERB and elected MP from their list of candidates.

Borissov said that GERB would act responsibly in dealing with the mandate that will be assigned to them for forming a new cabinet.

The government, according to the Constitution, must resign before the newly elected Parliament, which meets for its first sitting tomorrow, April 15. Until a new cabinet is announced, the old one continues to perform its functions, but in resignation. It remains to be seen if a new government will be formed after the cycle of mandates, or if a caretaker government will be appointed. 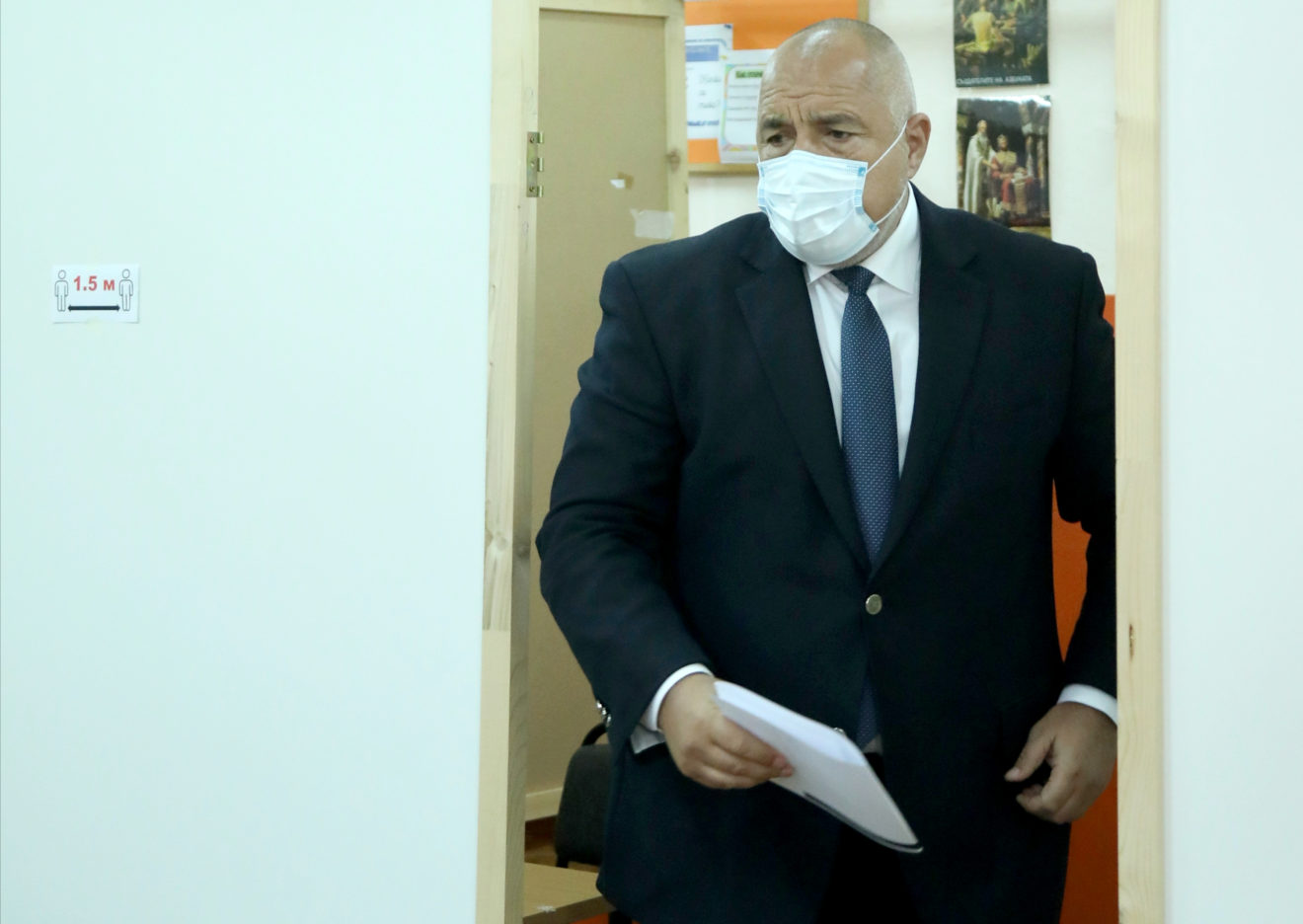 Forming a new government might prove more difficult than expected, following Sunday’s parliamentary election. Though the ruling GERB party came out first, it only got 24.2% of the votes. PM Borisov could be facing quite the challenge in trying to put together a parliamentary majority needed to remain in power.

Anti-establishment political groups recorded significant gains, with the biggest surprise of the election coming from the pro-European, anti-establishment party called "There is Such a People". The party formed barely one year ago and led by a former singer and actor is expected to get 17% of the voted, tied for the 2nd place with the biggest opposition party- the Bulgarian Socialist Party (BSP).

The new parliament is expected to be very fragment with newcomers gaining seats. With less than half of the total votes counted, the political scene looks something like this:

The new anti-system populist party "There is Such a People" (ITN) led by the TV star and singer Slavi Trifonov came in second with 19%, followed by the Socialists with 14.9%.

Democratic Bulgaria Anti-Corruption Party and Center-Left Alliance “Get up! Down with the Mafia! ” one of the groups behind the massive anti-corruption protests demanding the resignation of Borisov obtained 11% and 5.1%, respectively.

Ethnic Turkish Party - The Rights and Freedoms Movement won 8.7% of the vote, while nationalists from the VMRO, the current coalition partner of the prime minister's conservatives, won just 3.6%, far below the electoral threshold of 4 %, on the verge of being excluded from parliament.

The partial results compelled prime-minister to suggest the creation of a cross-party expert government given that his party did not obtain an absolute majority.

"I propose to make peace - let's install experts to take responsibility and let's do everything we can to get out of the (coronavirus) pandemic by December and start moving forward," Borisov said in the wee hours of Monday morning.

Bulgaria's parliamentary election comes amid anti-corruption protests that have been taking place for over 6 months.

Boiko Borisov, an increasingly controversial politician, has been at the helm of the government in Sofia since 2009, for more than 10 years.

Negotiations for the formation of a new government are expected to take several weeks and the holding of early elections cannot be ruled out, as the unexpected rise of the ITN party further complicates negotiations.

The outcome of talks to form a new government will be hard to predict given the complicated situation.

Although Borisov's victory seems clear, the ruling party (GERB) will need at least two more parties to form a majority. However, all the new parties said that they would not ally themselves with Borisov, and the Socialists ruled out any entry into a coalition with him. But even the increasingly divided opposition does not seem to be able to ally itself against the Conservative prime minister. 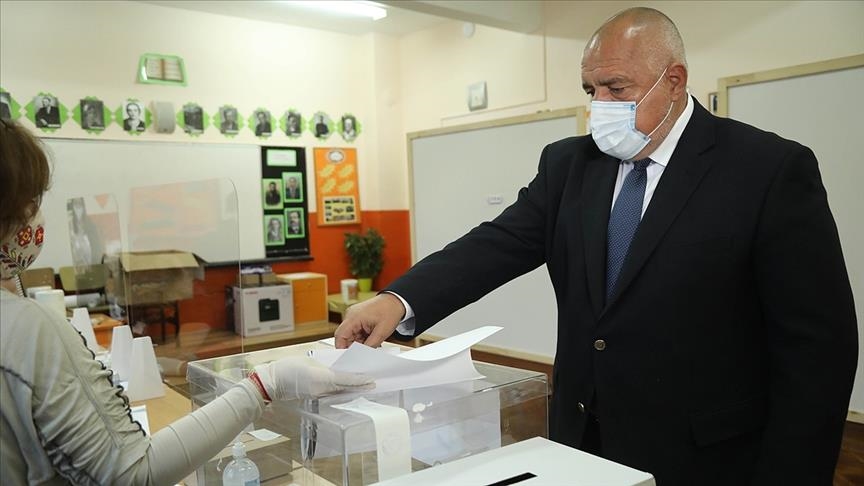 Bulgaria’s Prime Minister Boyko Borissov (pictured) lost around a quarter of his seats in parliament, leaving him with no clear path to hold on to power after voters angry at corruption in the EU’s poorest member state flocked to protest parties.

Borissov’s centre-right GERB party will still be the biggest group in parliament after Sunday’s election, and the prime minister proposed overnight that his rivals accept a cabinet of technocrats.

“I offer you peace,” he said in a video streamed on Facebook. “This is my proposal for all, enjoy the results for two, three days and then consider - what is stable and what is not.”

But political analysts say surging anti-establishment and anti-corruption parties committed to toppling Borissov would be unlikely to accept any such offer.

“Forming some kind of national salvation cabinet would be extremely difficult, on the verge of impossible,” said Daniel Smilov, with Sofia-based Centre for Liberal Strategies.

Initial results from Sunday’s election showed GERB with just 25.9% of the vote, down from 33.5% four years ago.

Second place went to a new anti-establishment party founded by TV host and singer Slavi Trifonov. His There Is Such a People party won 18%, pushing aside the main opposition Socialists whose vote share plunged to just 15% from 27.9% in the last election, according to the partial results.

Trifonov has refused to join any government including either GERB or the Socialists, leaving little scope for him to step in and form a government if Borissov fails.

Two other parties that reject Borissov will also enter parliament: the anti-graft grouping Democratic Bulgaria and protest party Stand Up! Mafia Out!

Both were behind major anti-corruption demonstrations last summer that eroded Borissov’s grip on power.

“After this election, GERB cannot rule and Borissov will not be prime minister,” she told reporters.

Borissov, a burly former fireman and bodyguard, has kept public debt low and ensured Bulgaria’s path to the euro zone. But Bulgaria’s reputation for corruption - Transparency International ranks it worst in the EU - has scared away investors and held Bulgaria back from catching up with its richer Western peers.

With long talks to form a government or even another election possible, Bulgaria may have difficulty tapping the EU’s €750 billion ($884bn) coronavirus Recovery Fund and its readiness to adopt the euro currency in 2024 could be affected.