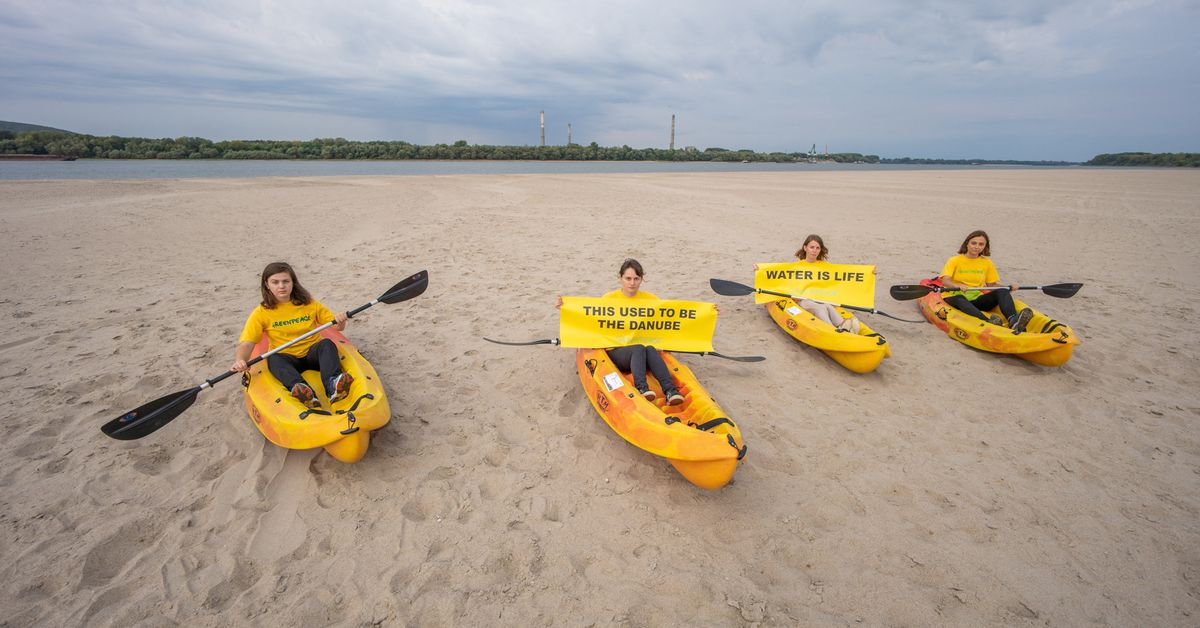 Greenpeace activists hold a protest to draw attention to climate change by the Danube in the southern town of Zimnicea, Romania, 10 August, 2022.

Greenpeace activists protested on the parched banks of the river Danube in Romania in a bid to draw attention to climate change and urge the government to lower emissions.

Campaigners dragged kayaks to a large stretch of shoreline exposed by low waters near the southern border town of Zimnicea - and held up banners saying "We want Danube waves, not heat waves."

Record high temperatures, drought and deforestation have left rivers in Romania at half their usual level for August, data from the water management agency shows.

"According to weather forecasts, the drought will be prolonged, putting pressure on the country's energy system, food security and water access," Vlad Catuna, a campaign co-ordinator for Greenpeace Romania, said in a statement about Wednesday's (11 August) protest.

Authorities are rationing water supplies for nearly 700 villages and farmers who rely on the Danube for irrigation have also taken a hit.

What Skills do you need to be a Forex Trader?