David Cameron's hopes of getting a reform deal on Friday look in doubt as haggling continues at the EU summit. European leaders have reportedly been told to book hotels as talks on a final text, planned for breakfast, slipped back first to lunch, and now to dinner.

Several EU nations are digging their heels in over plans to curb migrant benefits and change EU regulations.

The British prime minster had planned to return to the UK to fire the starting gun on a EU referendum campaign on Friday.

He sounded cautiously optimistic on Friday morning, saying there had been 'some progress' in marathon all night talks, which broke up at 05:30. But stumbling blocks still remain after a day of one-to-one meetings and there is speculation talks will continue into Saturday.

The original aim had been to conclude the deal at an "'English breakfast' meeting on Friday, which became an 'English brunch', then an 'English lunch' and has now been delayed to dinner.

Cameron's plan had been to head back to London, with a deal in his pocket, for an emergency cabinet meeting at which he would commit the government to campaign for Britain to stay in a reformed EU. That would trigger the start of the referendum campaign and allow ministers who want Britain to leave the EU to speak out.

But Downing Street sources said it was increasingly unlikely a cabinet meeting would now be held on Friday. They said it was still possible a deal could be done but they "genuinely don't know" whether it will happen.

German Chancellor Angela Merkel was reported as saying it had become "clear that agreement will not be easy for many, but that the will is there".

Arriving at the summit venue on Friday morning, French President François Hollande made it clear that France continues to resist a deal on financial regulation aimed at protecting the City of London from new regulations imposed by the eurozone countries.

"Since last night, there are proposals that have been changed, notably on what concerns France - the wish to have a financial regulation system which is valid in all parts of Europe, and that there should be no right of veto or prevention."

The first EU Council session ended on Thursday with no agreement on several issues, and an EU source said that while it had been 'intense and constructive' with all the countries confirming their wish for the UK to stay in the bloc, some also set out specific concerns.

"We expected this," the EU source said: "But honestly we had hoped for some of them to be less critical."

An EU source spoke of five key areas where agreement had not been reached:

It is understood Cameron continues to face resistance to his plans to curb in-work benefits for EU migrants.

But he is thought to have rejected calls from the Central European nations, represented in the overnight talks by Czech prime minister Bohuslav Sobotka, for cuts in child benefit for offspring living overseas to be imposed only on new migrants.

Belgium - backed by France - proposed that the summit conclusions should state that any deal agreed this week is final and the EU will not come back with an improved offer if Britain votes to leave.

The move is designed to kill off the idea, backed by some Eurosceptics that a Leave vote would give the UK leverage to extract further concessions from the EU before a second poll.

UKIP leader Nigel Farage said he expected Mr Cameron to come back with a deal from Brussels, as the other leaders would recognise how "embarrassing" it would be for him to return empty-handed.

"We will be allowed - after he has come here like Oliver Twist and begged for concessions - to control migrant benefits for up to four years. I find the whole thing as a British person pretty shameful."

Labour leader Jeremy Corbyn said his party would be campaigning for Britain to remain in the EU - but he branded David Cameron's renegotiations "a theatrical sideshow, designed to appease his opponents within the Conservative Party". 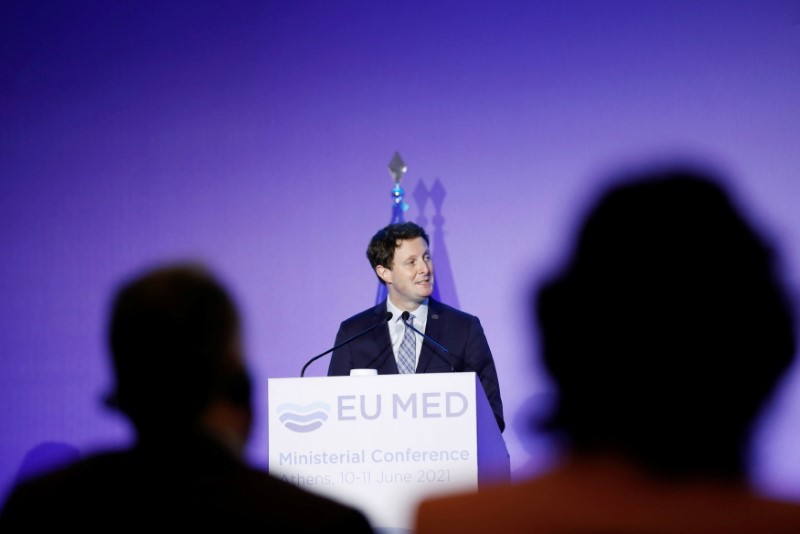