Excessive corporate influence over policy-making remains a serious threat to the public interest across Europe and at the EU level, warns a new report published by the Alliance for Lobbying Transparency and Ethics Regulation in the EU (ALTER-EU).

Whether avoiding regulation or increasing public funding for corporate activities: lobbying; the revolving door between business and politics; strategic pitches of corporate ‘expertise’; as well as privileged access to decision-makers and corporations’ threats to leverage their structural economic power continue to be highly effective tools used by big business to ensure decision-makers prioritise the profit interests of corporations over vital public needs.

The report includes eight case studies from the EU level and member states showing where the influence of corporations has been so extensive that it constitutes corporate capture. The cases have been investigated and written by NGOs and researchers around Europe. They touch upon various areas of policy-making, including:

ALTER-EU coordinator Claudio Cesarano said: “Dieselgate and the failure to regulate the financial industry after the crash have clearly shown that the influence of big business often goes beyond simple lobbying, either actively or passively aided by decision-makers. This is an extreme but unfortunately common threat to the public interest, social security, the environment and public health.”

Myriam Douo, campaigner for ALTER-EU member organization Friends of the Earth Europe said: “Corporate capture is dangerous for our society. Its devastating consequences can be seen in many different policy areas. Threatening EU standards on public health and the environment through trade agreements, by allowing corporations to avoid paying fair taxes and by exposing citizens to more extreme risks from the financial sector. All of this because corporate profits have been prioritized over the public interest.”

Nina Katzemich, campaigner for ALTER-EU member organization Lobbycontrol, added: “The EU Parliament elections are around the corner, so it’s a very good time to put the fight against excessive corporate power firmly on the political agenda. More transparency and stricter ethics rules are important but ultimately, we need a radical change in the way policy-makers at all levels interact with businesses. The needs and demands of citizens must take absolute priority.

COVID-19 vaccines: EU must respond with unity and solidarity 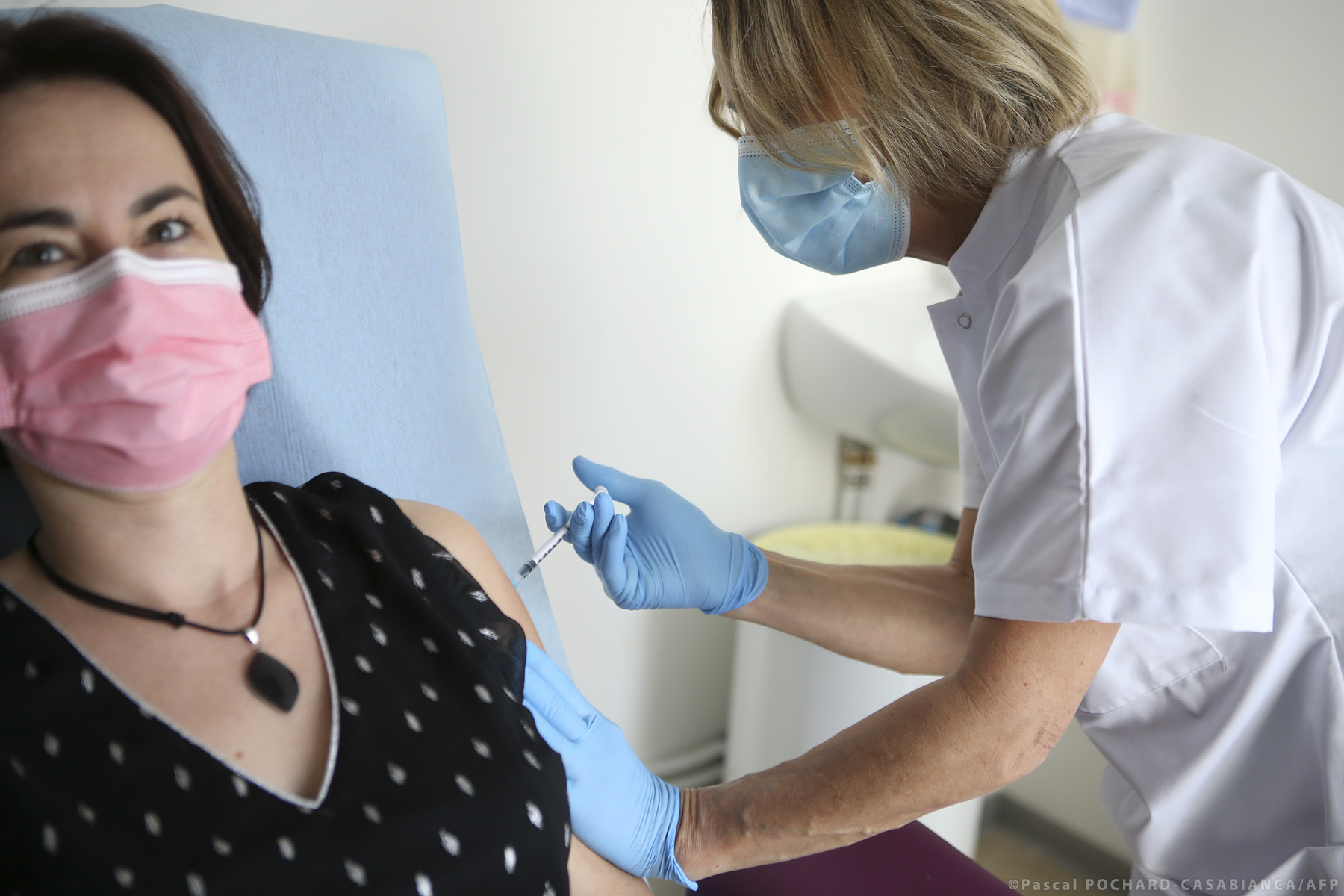 MEPs expressed broad support for the common EU approach to fighting the pandemic and called for complete transparency regarding contracts and deployment of COVID-19 vaccines.

A large majority of MEPs showed their support for the united EU approach, which ensured vaccines are being developed quickly and secured access to vaccines for all European citizens. At the same time, they deplored “health nationalism”, including alleged parallel contracts signed by member states or attempts to outcompete each other. In order to uphold the European success story, the EU must respond with unity and solidarity, with all levels of government working together, say MEPs.

Members called for the terms of contracts between the EU and pharmaceutical companies involving public money to be completely transparent. Recent efforts by the Commission, to allow MEPs to consult one incomplete contract, were deemed insufficient. MEPs reiterated that only complete transparency could help combat disinformation and build trust in the vaccination campaigns across Europe.

Speakers also acknowledged the global dimension of the COVID-19 pandemic, which requires global solutions. The EU has a responsibility to use its position of strength to support its most vulnerable neighbours and partners. The pandemic can be overcome only once all people have equal access to vaccines, not only in rich countries, MEPs added.

The debate also touched upon other issues, such as the need for comparable national data and mutual recognition of vaccinations, the need to avoid delays and increase the speed of vaccination, as well as the unconstructive nature of blaming the EU or the pharmaceutical industry for any failures.

Marc Botenga, The Left, BE

The Commission published an additional communication on the EU’s COVID-19 strategy on 19 January. EU leaders will debate the pandemic state of play during the European Council meeting on 21 January.

On 22 September 2020, Parliament held a public hearing on “How to secure access to COVID-19 vaccines for EU citizens: clinical trials, production and distribution challenges”. During the December 2020 Plenary session, Parliament expressed support for the speedy authorization of safe vaccines and on 12 January 2021, MEPs blamed a lack of transparency for fuelling uncertainty and disinformation regarding COVID-19 vaccination in Europe. 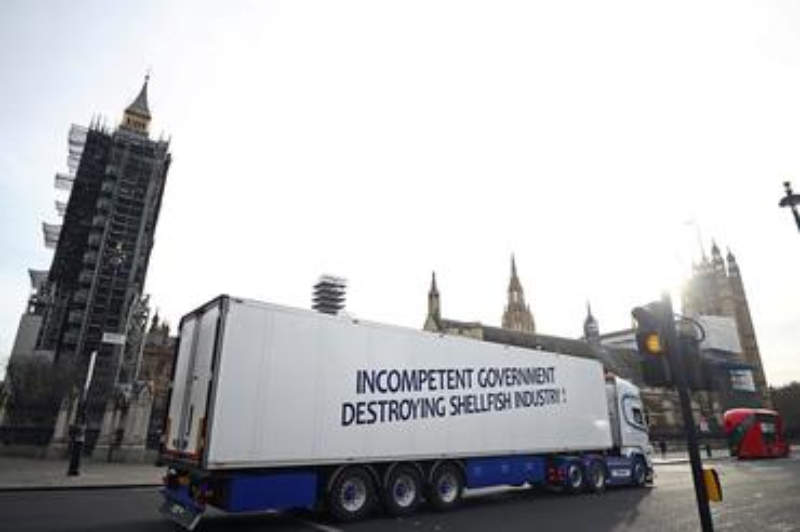 More than 20 shellfish trucks parked on roads near the British parliament and Prime Minister Boris Johnson’s Downing Street residence on Monday to protest against post-Brexit bureaucracy that has throttled exports to the European Union, write Guy Faulconbridge and Kate Holton.

Many fishermen have been unable to export to the EU since catch certificates, health checks and customs declarations were introduced at the start of this year, delaying their deliveries and prompting European buyers to reject them.

“We strongly feel the system could potentially collapse,” said Gary Hodgson, a director of Venture Seafoods, which exports live and processed crabs and lobsters to the EU.

“Prime Minister Boris Johnson needs to be honest with us, with himself and with the British public about the problems for the industry,” he told Reuters. One operator, he said, needed 400 pages of export documentation last week to enter Europe.

David Rosie at DR Collin & Son, which employs 200 people, used to send one or two trucks a night to France carrying live crab, lobster and langoustine worth around 150,000 pounds ($203,000). He said he had not exported a single box this year.

Fishermen, he said, “lost their livelihoods in the turn of a clock” when Britain left the EU’s orbit on New Year’s Eve.

Under a deal reached last month, British trade with the EU remains free of tariffs and quotas. But the creation of a full customs border means goods must be checked and paperwork filled in, shattering express delivery systems.

Using a phrase that has angered many business owners, Johnson described the changes as “teething problems”, and said they had been exacerbated by the COVID-19 pandemic.

Johnson said an additional £23 million ($31.24m) fund had been created to compensate businesses that “through no fault of their own have experienced bureaucratic delays, difficulties getting their goods through where there is a genuine buyer on the other side of the channel”.

The government said this extra cash was on top of a £100m investment in the industry over the next few years and nearly £200m provided to the Scottish government to minimize disruption.

Britain’s Department for Environment, Food and Rural Affairs (Defra) said that as well as financial support, it was working with the industry and the EU to address documentation issues.

“Our priority is to ensure that goods can continue to flow smoothly to market,” a government spokesperson said in an emailed statement.

Fishing alone contributes 0.1% of Britain’s GDP if processing is included, but for coastal communities it is a lifeline and a traditional way of life.

The Scotland Food & Drink association says exporters could be losing more than 1 million pounds in sales a day.

Many in coastal communities voted for Brexit but said they had not expected this impact.

Allan Miller, owner of AM Shellfish in Aberdeen, Scotland, said times for his deliveries of live brown crab, lobster and prawns had doubled from 24 hours. This mean lower prices and some of the product did not survive, he said.

The European Commission today (19 January) presented a new strategy to stimulate the openness, strength and resilience of the EU's economic and financial system for the years to come. This strategy aims to better enable Europe to play a leading role in global economic governance, while protecting the EU from unfair and abusive practices. This goes hand in hand with the EU's commitment to a more resilient and open global economy, well-functioning international financial markets and the rules-based multilateral system. This strategy is in line with President von der Leyen's ambition for a geopolitical Commission and follows the Commission's May 2020 Communication Europe's moment: Repair and Prepare for the Next Generation.

This proposed approach is based on three mutually reinforcing pillars:

Today's strategy builds on the 2018 Communication on the International Role of the Euro, which had a strong focus on strengthening and deepening the Economic and Monetary Union (EMU). A resilient economic and monetary union is at the heart of a stable currency. The strategy also acknowledges the unprecedented recovery plan ‘Next Generation EU' that the EU adopted to tackle the COVID-19 pandemic and to help Europe's economies recover and embrace the green and digital transformations.

An Economy that Works for People Executive Vice President Valdis Dombrovskis said: “The EU is a champion of multilateralism and is committed to working closely with its partners. At the same time, the EU should cement its international standing in economic and financial terms. This Strategy sets out key ways to do this, notably by boosting global use of the EU's common currency - the euro. It also looks at ways to reinforce the infrastructure that underpins our financial system and to strive for global leadership in green and digital finance. In shaping a more resilient economy, the EU must also better defend itself against unfair and unlawful practices from elsewhere. When these occur, we should act decisively and forcefully, which is why the credible enforcement of EU sanctions is so important.”

Capital Markets Union Commissioner Mairead McGuinness said: “The EU economy and financial market must continue to be attractive to international investors. Substantial progress since the last global financial crisis has helped improve the EU's institutional and legislative framework. In addition, the EU's ambitious recovery plan in response to the COVID-19 crisis will support the economy, promote innovation, widen investment opportunities and increase the supply of high-quality euro-denominated bonds. To continue these efforts – and taking account of new geopolitical challenges – we are proposing a number of additional actions to increase the resilience of the EU economy and its financial market infrastructures, foster the euro's status as an international reference currency, and strengthen the implementation and enforcement of EU sanctions.”

Economy Commissioner Paolo Gentiloni said: “Strengthening the international role of the euro can shield our economy and financial system from foreign exchange shocks, reduce reliance on other currencies and ensure lower transaction, hedging and financing costs for EU firms. With our new long-term budget and NextGenerationEU, we have the tools to support the recovery and transform our economies – in the process making the euro even more attractive for global investors.”

Energy Commissioner Kadri Simson said: “A strong euro is important for the energy sector. On the EU energy markets, the role of the euro has significantly increased in recent years. For natural gas contracts, we have seen its share rise from 38% to 64%. We must ensure that this trend continues into nascent markets, for example for hydrogen, as well as strategic markets for renewables, where the EU is a global leader. We also want to reinforce euro's role in financing sustainable investments, in particular as the currency for green bonds.”

Recommendation on the international role of the euro in energy

Reaching the goals of the Paris Agreement

EU signs Trade and Co-operation Agreement with the UK