A group of professional associations representing most of Romania's judges and prosecutors have attacked the European Commission's recent progress report on Romania under the so-called Co-operation and Verification Mechanism (CVM).

An open letter from the three organizations questions the accuracy of the commission’s monitoring report.

The four-page letter, seen by this website, says that “as magistrates we cannot turn a blind eye to the repeated presence of false affirmations” in the CVM report which deals with justice reform in the country.

The letter speaks of the need for judges and citizens to receive “accurate, exact, and rigorous recommendations” but says that the CVM on Romania is riddled with “errors, inaccuracies and truncated affirmations” which, it says, “can only inflict harm on the independence of justice.”

The letter is signed by the Forum of Romanian Judges (AMR), the National Union of Judges in Romania (UNJR) and the Association of Romanian Prosecutors (APR), which each represent prosecutors and judges in the central European country.

The judges’ letter is particularly timely as Romania recently took over the six-month rotating presidency of the EU at a time of huge challenges for the soon-to-be 27-strong bloc.

It has also been given added weight after Romanian Prime Minister Viorica Dăncilă, speaking recently in the European Parliament, demanded to know who contributed to, and was consulted with, the compilation of the report.

In a speech to MEPs, Dăncilă, a former Socialist MEP, went on the offensive to defend her government against criticism over corruption. She accused Western European leaders of double standards, saying, “Romania is not allowed what other countries are allowed to do.”

Yet more condemnation of the EU report has come from Romania's Superior Council of the Magistrature, which oversees Romania's court system.

In a statement issued in November, the Council defended the reforms being proposed by the Romanian government and faulted the CVM for inaccuracies and misinterpretations.

The council said it wanted to “highlight some factual or judgemental errors” related to its activities which, it said, “are likely to create a wrong perception”.

The CVM report was adopted by the Commission shortly before Christmas and is the latest in a series on ongoing Romanian efforts in meeting its commitments on judicial reform and the fight against corruption.

The report takes stock of the situation in the 12 months since November 2017 and notes that “while Romania has taken some steps to implement the final 12 recommendations issued by the Commission in January 2017, in order to fulfil the CVM benchmarks, recent developments have reversed the course of progress and called into question the positive assessment made back in January 2017.”

The CVM goes on: “This applies notably to judicial independence, judicial reform and tackling high-level corruption.”

The report sets out a number of recommendations for “immediate follow up”.

The Romanian response, however, is damning.

The three judicial organizations, in the open letter to the EU, say they “would like to remind” the commission that they value the “independence of justice as a pillar of the rule of law.”

“Furthermore,” it goes on, “AMR, UNJR and APR have never stated that the CVM is optional nor that the recommendations included in the framework of these reports would not be effective.”

“On the contrary, AMR, UNJR and APR have repeatedly underlined that the CVM directly concerns the justice system and the recommendations should aim to consolidate the independence of justice.”

The professional associations stress the “importance for the premises on which recommendations are based on to be accurate, especially since it is aimed at the (justice) system and magistrates alike with significant effects on justice and, therefore, citizens.”

The letter, though, states, “As magistrates, we cannot turn a blind eye to the repeated presence of false affirmations in the CVM reports on which some of the (Commission’s) recommendations were made.”

The three bodies defend their right to highlight the issue in such a way because of the “necessity for magistrates, the justice system, institutions and citizens to receive accurate, exact and rigorous recommendations.”

The highly critical letter adds: “In recent years, our professional associations have argued that the means by which information was gathered for CVM reports gave way to errors, inaccuracies and truncated affirmations which can only inflict harm on the independence of justice.”

The groups, in the letter, make several recommendations to address the issue, including in the fight against corruption.

The letter says: “The CVM reports have mainly viewed progress made in the justice system through the lens of the fight against corruption with the wrong impression that these objectives -  whose importance to society cannot be denied - would involve all or most of justice system activity.”

However, the letter says that the “place and role of courts were mostly forgotten”.

“When referring to the fight against high-level corruption, CVM reports have targeted the DNA (the Romanian anti-corruption agency) and sporadically High Court of Cassation and Justice (ICCJ), focusing on ‘DNA independence or effectiveness’.

“Courts of Appeal were seldom mentioned with reference to fighting high-level corruption and when fighting corruption on all levels was addressed the reports unjustifiably ignored the courts.”

The letter, which is addressed to all 28 EU justice and home affairs ministers, is signed by Forum of Romanian Judges president, Judge Andreea Ciucă; Judge Dana Gârbovan, president of the National Union of Judges in Romania and of Association of Romanian Prosecutors president Elena Iordache.

Austria's Kurz expects to be charged but cleared in perjury case 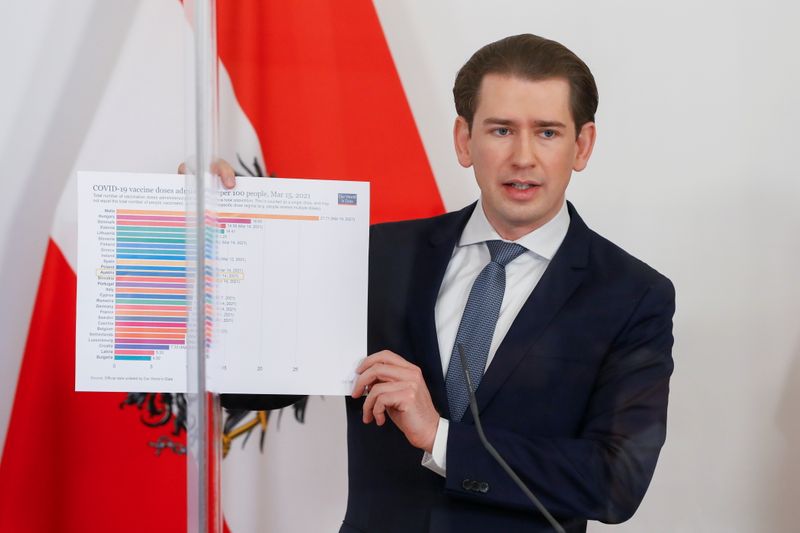 Austrian Chancellor Sebastian Kurz (pictured) expects to be charged but eventually cleared in an investigation into whether he gave false testimony to a parliamentary commission, he told Sunday newspapers, ruling out the idea of resigning if indicted.

The investigation by anti-corruption prosecutors, made public, last week poses a stiff political challenge for the conservative Kurz, 34, who governs in coalition with the Greens.

Kurz has painted himself as the victim of opposition parties trying to trap him into saying something that could be construed as perjury before the commission, which is looking into possible corruption under his previous coalition with the far-right Freedom Party (FPO) which collapsed in 2019. read more

"After every word of mine on 58 pages (of testimony) is put on the scale, I certainly expect a criminal complaint, that's right," he told the Krone newspaper in an interview, adding he had not yet been questioned by prosecutors.

But he said he was confident he would be exonerated in the case, which centres on whether he answered truthfully when asked about appointments to state holding company OBAG.

"I have spoken to numerous lawyers and several university professors. The tenor was always the same: no one can imagine that there will be a conviction here," he told the paper.

In a separate interview with the Oesterreich paper, he rejected the idea of stepping down if indicted.

"I definitely rule that out. Like many people, I have made many mistakes, both privately and professionally. But what I definitely know is that I went into the commission with the intention of answering the questions truthfully," he said.

An opinion poll published by Oesterreich showed Kurz's conservatives winning 35% support should parliamentary elections be held now, down 1 point from a week earlier and 2.5 points from its showing in 2019 elections.

Its Greens partners were on 12%, in fourth place behind the Social Democrats on 22% and the FPO at 17%.

The commission has looked into the appointment in 2019 of a conservative loyalist as chief executive of OBAG, which manages Austria's stakes in companies including oil firm OMV. Text messages examined by the commission showed Kurz telling the candidate before then he would get "everything you want".

The investigation is looking at whether Kurz discussed the appointment with the candidate beforehand and whether the chancellor was involved in selecting members of OBAG's supervisory board, both of which Kurz denied at the commission. 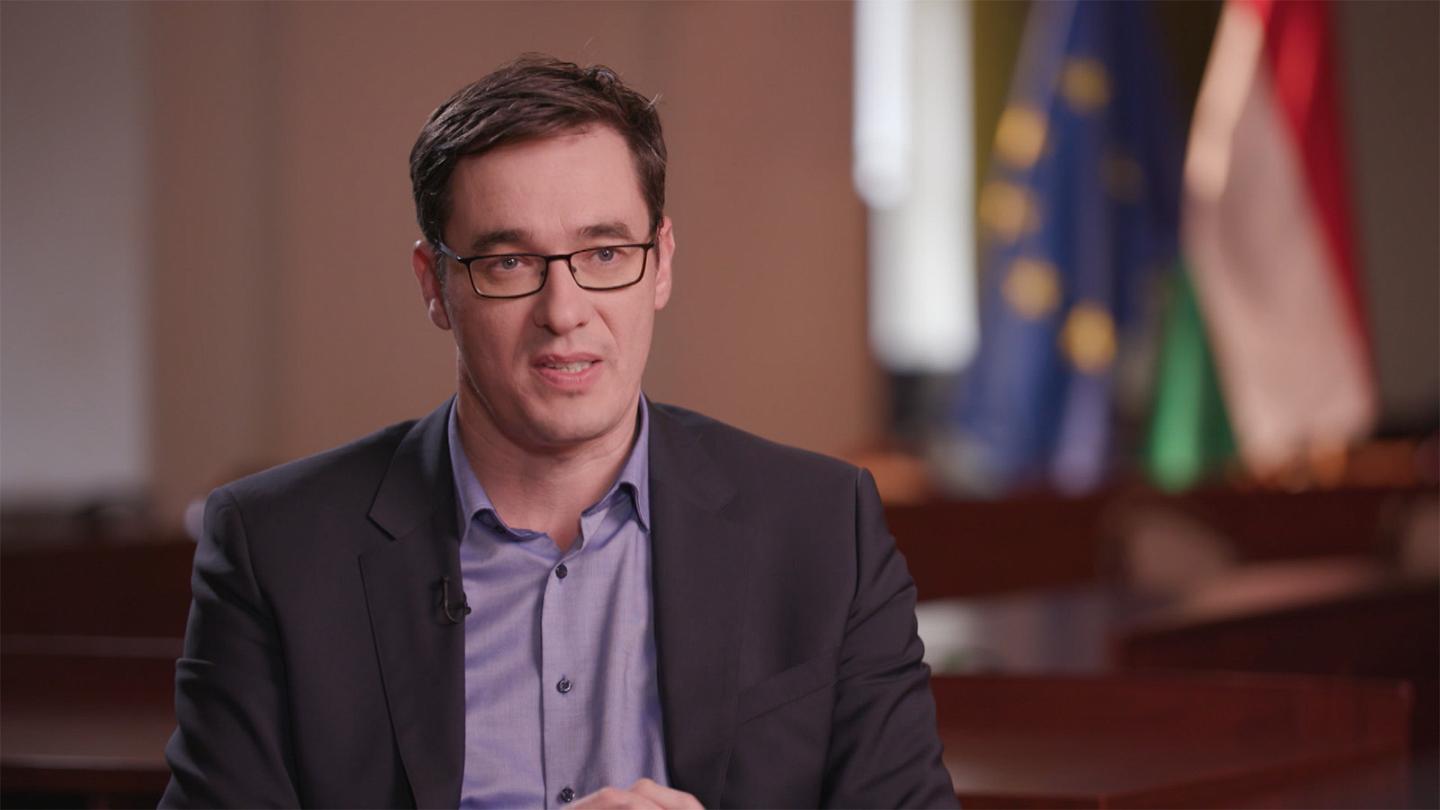 Budapest mayor Gergely Karacsony (pictured) on Saturday (15 May) announced his bid to become the prime minister candidate for Hungary's six opposition parties which are trying to forge an alliance to take on Prime Minister Viktor Orban in national elections next year.

Earlier this week, the Hungarian opposition said it would hold the country's first ever primary elections this year to pick joint candidates to contest the 2022 ballot, a move that could threaten Orban's more than decade-long grip on power. Read more

Hardline nationalist Orban and his Fidesz party have scored three successive landslides since 2010 largely due to an election system that favours large parties as, until now, the opposition has been fragmented and unable to cooperate.

"Full of faith and hope, accepting the backing of the parties supporting me ... I can declare that I will run for prime minister candidate in the opposition primaries," Karacsony said in a video on Facebook.

"I have made this decision as I feel that my country is in grave danger," he said. "We feel less and less that Hungary is one and indivisible," the 45-year-old Karacsony said, adding that he would aim to reunite the country.

Karacsony, as the candidate of a small green liberal party, unseated the Fidesz incumbent in municipal elections in 2019. He has said that the opposition cooperation in those elections could serve as a blueprint to unseat Orban.

A survey by the pollster Median published earlier this week put support for Orban's ruling Fidesz party at 40% of all voters, while the joint opposition party list was backed by 36% of the electorate. 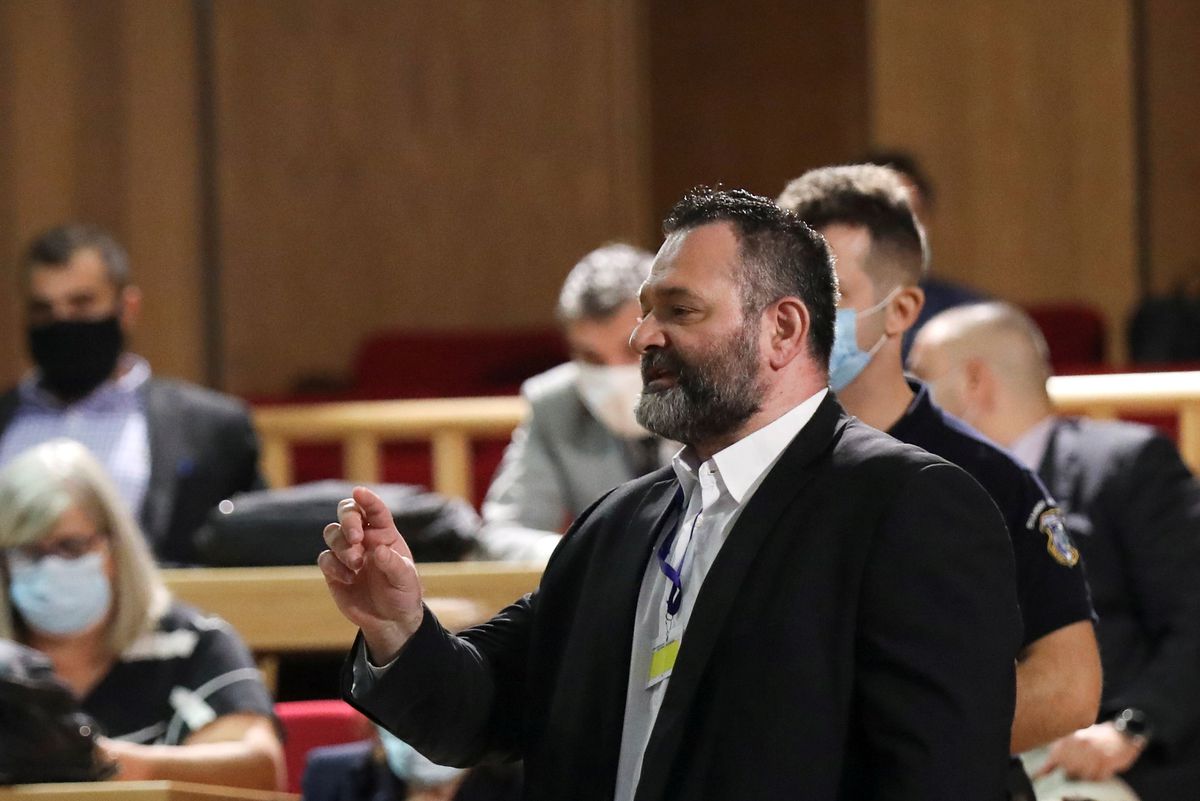 A former member of Greece's extreme right Golden Dawn party, Ioannis Lagos (pictured), was extradited to Athens on Saturday from Brussels, where he was a member of the European parliament.

EU lawmakers stripped Lagos of his immunity last month, paving the way for his arrest and extradition to Greece where he is to serve a prison sentence alongside other party members.

"For Orthodoxy and Greece, every sacrifice is worth it," Lagos shouted at reporters as he was brought handcuffed before an Athens prosecutor.

The leaders of Golden Dawn, who were often seen giving Nazi-style salutes, were sentenced to prison in October by a Greek court for running a criminal gang linked to hate crimes during the country's economic crisis.

Lagos had escaped arrest in October by leaving for Brussels the day the verdict was announced.