This week it was revealed that Roche, the drug company behind Tamiflu, withheld vital information on its clinical trials for years. When the data was finally uncovered, it revealed Tamiflu had next-to no impact on flu effects such as pneumonia.

Glenis Willmott MEP, Labour's leader in Europe and rapporteur for the clinical trials regulation, said: "The news about Tamiflu highlights just how urgently we need full transparency of clinical trial data. Currently around half of all clinical trials are not published, which is unacceptable. Negative results are less likely to be reported than positive results - with Tamiflu a case in point.

"This legislation passed by the European Parliament last week will change that by ensuring all trials report a summary of results to a publicly accessible database, as well as the full clinical study reports once a medicine has applied for authorization."

The legislation includes the creation of a publicly accessible clinical trials database. All trials in the EU must be registered on the database, a summary of results must be uploaded one year after the end of the trial, and the full clinical study reports must be uploaded if a medicine is submitted for marketing authorization.

Willmott added: "The current situation can lead to unnecessary or dangerous trials being repeated, and can give a biased picture of the safety and efficacy of the medicines we are prescribed.

"Finally patients, doctors and researchers will have access to the results of all clinical trials; positive, negative and inconclusive. That's good for patient safety, good for scientific progress and good for public trust in medicines.

"We have seen from the US, where financial penalties are not enforced, that transparency rules are often disregarded. We do not want the same situation here in Europe. The new law will also support the European Medicines Agency's transparency policy, and help ensure data from old trials is also published."

The new transparency measures will apply to all future trials, with the regulations including a clear statement Clinical Study Reports should not be seen as commercially confidential, which will be vital in supporting the European Medicines Agency as they try to publish the data they hold on old trials.

This could include prescribing medically licensed e-cigarettes to assist smoking cessation efforts.

Vaping, or using e-cigarettes, is estimated to be 95 percent less harmful than smoking conventional ones, according to the British parliament’s science and technology committee, which sees big health benefits if smokers can be encouraged to switch.

There is still fierce global debate as to whether e-cigarettes represent a health risk or a benefit, since their long-term effects are unclear.

A study here this week, for example, found that e-cigarette vapour may cause adverse changes in lung cells.

But the British lawmakers concluded that the balance clearly favoured vaping over tobacco smoking and it urged greater regulatory leniency to allow advertising of the relative benefits of e-cigarettes.

It also called for incentives to promote them as a less harmful option, in the form of lower levels of taxation, a relaxation of curbs on their use in public places and a review of approval systems for prescribing them as quit-smoking products.

The charity Action on Smoking and Health welcomed the committee’s findings and said allowing e-cigarettes to be prescribed by doctors could be particularly important to people on low incomes and those with high levels of addiction.

The report comes a month after Silicon Valley e-cigarette maker Juul launched its flash drive-sized vaping device in Britain, following huge success in the United States. Juul said it chose Britain as its third market - after the U.S. and Israel - partly because of the country’s supportive approach to vaping.
Continue Reading

Plans for stricter monitoring and certification procedures to ensure full compliance and traceability of medical devices, such as breast or hip implants, were backed by Health Committee MEPs on Wednesday. MEPs also approved legislation to tighten up information and ethical requirements for diagnostic medical devices used for example in pregnancy or DNA testing. Both files were informally agreed with the Dutch Presidency of the Council.

"The metal-on-metal hip scandal highlighted weaknesses in the current system. So we’ve introduced much stricter requirements for the bodies that authorize medical devices, and will insist that particularly high risk devices, such as implants, joint replacements or insulin pumps, will be subject to additional assessments by experts before they can be authorised,” said Rapporteur on Medical Devices Glenis Willmott (S&D, UK). Her report was approved unanimously.

“We've also agreed a much stronger system of post-market surveillance so that any unexpected problems are identified and dealt with as soon as possible”.

“With the PIP scandal, many women simply didn’t know if they had received defective implants or not. So we’ve also introduced a Unique Device Identification (UDI) system so we know which patient has which device; this will make it much easier to trace patients if there’s a problem and patients will also be given an implant card with the UDI, which they can use to access information via a publicly accessible database", Wilmott added.

Learning the lessons of the breast and hip implants scandal

The agreement provides for:

"Pre-market scrutiny of high-risk devices was a priority for the Parliament so I'm particularly pleased that we successfully pushed for this and that these devices will now undergo additional assessment from expert panels", she concluded.

A separate law will also ensure that the new rules also apply to in vitro diagnostic medical devices, i.e. medical devices which are not in direct contact with the patient, but provide information on a person’s health, such as HIV, DNA or blood test devices.

“I am very happy that we finally got it done. People in Europe have a right that we learn the lessons of scandals such as that of the defective breast implants”, said rapporteur on in vitro diagnostic medical devices Peter Liese (EPP, DE).

“Problems occurred in other areas too, e.g. on stents that are implanted into the brain or an unsafe HIV test. The new regulation is good for patients, puts an end to fraudulent and shady producers and thus also strengthens respectable producers” he added. His report was approved unanimously.

The legislation would also require EU member states to inform patients of the consequences of DNA tests.

"DNA-tests can have severe consequences for the life of patients and they should not be carried out without proper information and counselling. Member states pointed out that this is first of all their responsibility and that they will therefore accept EU rules only to a certain extent. It is important that member states fulfil this obligation. We will be very vigilant on this question," said Liese. 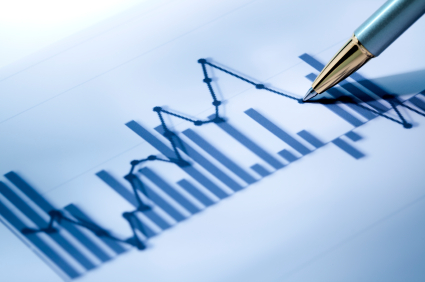 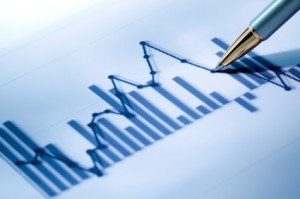 The European Association of Hospital Pharmacists (EAHP) has written to the Board of the European Medicines Agency (EMA) expressing concern about proposals to restrict the viewing of clinical trial results to an ‘on screen only’ version. Such access would exclude the possibility of individuals being able to print, distribute, or transfer the information, making scientific analysis of clinical study data highly problematic.

EAHP has joined the voices of other organisations such as the European Ombudsman, the British Medical Journal, the AllTrials campaign, the European Consumer Organisation and Health Action International in urging a rethink by the EMA. EAHP’s intervention comes ahead of an EMA Board Meeting on Thursday 12th June, at which the proposed draft policy on ‘proactive publication of and access to clinical trial data’ could be finalised.

The development of new policy by the agency on clinical trial transparency comes as the result of intensive advocacy efforts by transparency campaigners, and after over a year of consultation by the EMA with patient groups, health care professionals and the pharmaceutical industry.

"Therefore, whilst we congratulate the European Medicines Agency on its efforts so far on trial result transparency, the news that access could be restricted to “on screen only” comes as a disappointment. Transparency is needed for the purposes of scrutiny. Yet if individuals may not print, distribute or transfer the information, it is hard to see how the purpose is served. Its an important moment for the Agency and its Board and we hope it will listen to what the European Ombudsman and stakeholders are saying: the transparency policy should go further.”