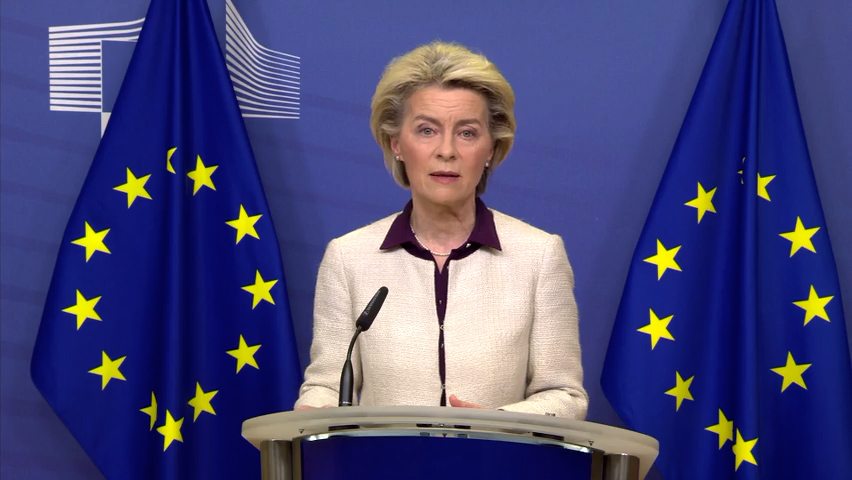 This afternoon the Integrated Political Crisis Response group, which brings together the office of the President of the European Council, the European Commission, the European External Action Service (EEAS), affected member states and other relevant actors, met and agreed to activate the emergency break agreeing to von der Leyen’s proposal. The Slovenian presidency has called up member states to test & quarantine all incoming passengers.

The Commission has been in contact with Eurocontrol (the European organisation for the safety of air navigation) and the European Aviation Safety Agency, which is preparing a recommendation to airports and airlines. The EU’s HERA (the European Health Emergency preparedness and Response Authority) expert group on variance also met this afternoon to discuss this matter. Von der Leyen has convened her COVID advisory group to discuss this issue and broader matters linked to the evolution of the pandemic this evening.

At the moment there is little information about the virus, in particular, whether it will have an impact on the efficacy of vaccines and other treatments, such as therapeutic monoclonal antibodies. What is known is that it is spreading fast, though it is not clear yet if this is because it is highly transmissible, or because of immune escape which would mean that current vaccines are not effective.

BioNTech the creators of the Pfizer vaccine stated that they have taken actions months ago to be able to adapt the mRNA vaccine within six weeks and ship initial batches within 100 days in the event of an escape variant.

A first case of the new variant has been found in Belgium.

In a statement this evening, the White House has called on countries gathering next week for the World Trade Organization ministerial meeting to waive intellectual property protections for COVID vaccines, so these vaccines can be manufactured globally and that today’s news it is important to move on this quickly.

Coronavirus: Commission proposes to strengthen co-ordination of safe travel in the EU