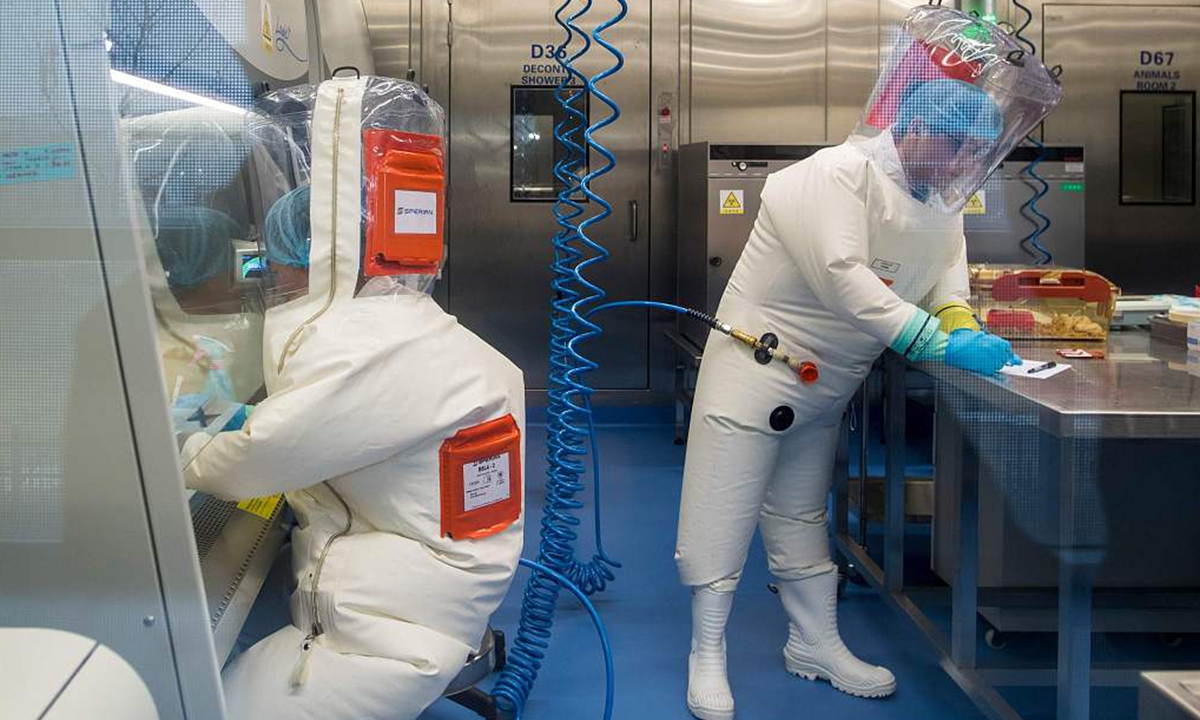 In recent weeks the controversial claim that the pandemic might have leaked from a Chinese laboratory - once dismissed by many as a fringe conspiracy theory - has been gaining traction. Now, US President Joe Biden has announced an urgent investigation that will look into the theory as a possible origin of the disease, writes Henry St.George.

Suspicion first arose in early 2020 for obvious reasons, the virus having emerged in the same Chinese city as the Wuhan Institute of Virology (WIV), which has been studying coronaviruses in bats for over a decade. The laboratory is located just a few kilometres from the Huanan wet market where the first cluster of infections emerged in Wuhan.

Despite the glaring coincidence, many in the media and politics dismissed the idea outright as a conspiracy theory and refused to consider it seriously throughout the past year. But this week it has emerged that a report prepared in May 2020 by the Lawrence Livermore National Laboratory in California had concluded that the hypothesis claiming the virus leaked from a Chinese lab in Wuhan was plausible and deserved further investigation.

So why was the Lab Leak Theory overwhelmingly dismissed from the get go? There is no question that from the mainstream media’s perspective the idea was tarnished by association with President Donald Trump. Granted, skepticism of the President’s claims surrounding any given aspect of the pandemic would have been warranted at almost any stage. To put it euphemistically, Trump had shown himself to be something of an unreliable narrator.

During the course of the pandemic Trump dismissed the seriousness of COVID-19 repeatedly, pushed unproven, potentially dangerous remedies like hydroxychloroquine, and even suggested at one memorable press briefing that injecting bleach might help.

Journalists also reasonably feared similarities with the narrative of weapons of mass destruction in Iraq, whereby vast threats were cited and assumptions granted to an antagonistic theory with too little evidence to back it up.

However, it’s impossible to ignore the fact that a general animus felt towards Trump by large swathes of the media brought about a large-scale dereliction of duty and failure to uphold objective standards of journalism as well as science. In reality the Lab Leak was never a conspiracy theory but a valid hypothesis all along.

Suggestions to the contrary by anti-establishment figures in China were also summarily quashed. As early as September 2020, the ‘Rule of Law Foundation’, connected with prominent Chinese dissident Miles Kwok, appeared on the title page a study that alleged the coronavirus was an artificial pathogen. Mr. Kwok’s long-standing opposition to the CCP was sufficient to ensure the idea was not taken seriously.

Under the pretense that they were combatting misinformation, the social media monopolies even censored posts about the lab-leak hypothesis. Only now – after almost every major media outlet as well as the British and American security services have confirmed that it is a feasible possibility – have they been forced to backtrack.

“In light of ongoing investigations into the origin of COVID-19 and in consultation with public health experts,” a Facebook spokesman said, “we will no longer remove the claim that COVID-19 is man-made or manufactured from our apps.” In other words, Facebook now believes that its censorship of millions of posts in the preceding months had been in error.

The consequences of the idea not having been taken seriously are profound. There is evidence that the lab in question may have been conducting what is called “gain of function” research, a dangerous innovation in which diseases are deliberately made more virulent as part of scientific research.

As such, if the lab theory is in fact true, the world has been deliberately kept in the dark about the genetic origins of a virus that has killed over 3.7m people to date. Hundreds of thousands of lives could have been saved if the key properties of the virus and its propensity to mutate had been understood sooner and better.

The cultural ramifications of such a discovery cannot be overstated. If the hypothesis is true - the realization will soon set in that the world’s fundamental mistake was not insufficient reverence for scientists, or inadequate respect for expertise, but not enough scrutiny of mainstream media and too much censorship on Facebook. Our main failure will have been the inability to think critically and acknowledge that there is no such thing as absolute expertise.

COVID-19: ‘If voluntary licensing fails, compulsory licensing has to be a legitimate tool’ von der Leyen