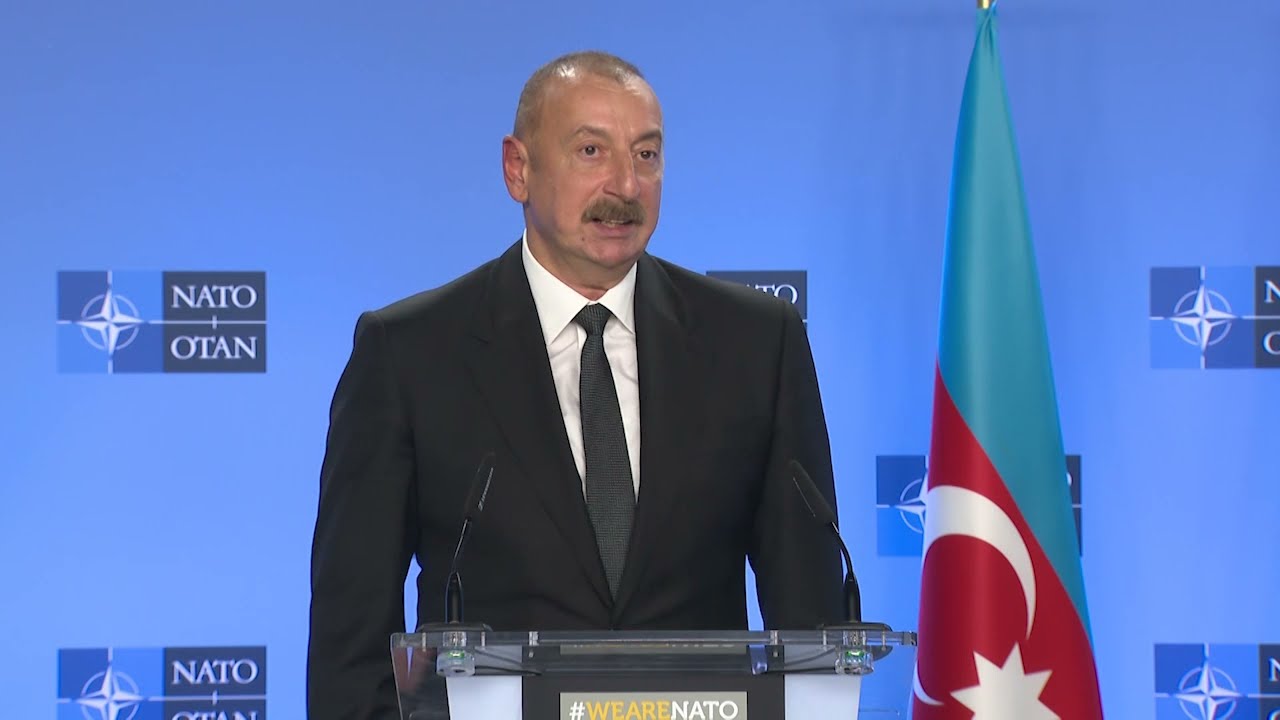 Stoltenberg welcomed President Aliyev and thanked him for his co-operation with NATO in the mission in Afghanistan, in particular the role played by Azerbaijan’s soldiers in securing Kabul airport and helping in the evacuation of more than 120,000 people to safety. Azerbaijan has participated in peacekeeping duties in Afghanistan since 2002 and were among the last to leave this summer.

He also thanked the president for his efforts to support  security and stability in the South Caucasus. Stoltenberg underlined that it was important for all of us to ensure a peaceful future for all people and the normalization of relations between Azerbaijan and Maryam, which are both valued partners to NATO.

Aliyev says that Azerbaijan is committed to peace, to stability and predictability: “We already made several public statements that we want to turn the page of hostility and work on peace agreement.”

Following this evening’s dinner hosted by the President of the European Council, Charles Michel, with Aliyev and the Prime Minister of the Republic of Armenia, Nikol Pashinyan, Michel stated that he assured both leaders of the EU’s commitment to working closely with Armenia and Azerbaijan in overcoming conflict, with a view to creating a sustainable peace in the region underpinned by a comprehensive peace agreement. The common aim of all three leaders is to build a South Caucasus that is secure, stable and prosperous for the benefit of all people living in the region. President Michel commended steps taken by both leaders to ensure the de-escalation of tensions following recent armed clashes along the border.

The EU will continue to support humanitarian de-mining efforts, including by providing expert advice, and assistance to conflict-affected populations, rehabilitation and reconstruction. The EU will also continue to support confidence building measures between Armenia and Azerbaijan. The EU will make available an expert mission/consultative group to support the border delimitation and demarcation issues by providing technical assistance to both countries and the restoration of railway lines, with appropriate arrangements.

The leaders discussed key existing and prospective trade and economic partnerships between the EU and both countries. They also discussed the EU’s intention to launch an economic advisory platform to build confidence, contribute to peaceful coexistence and build up economic cooperation in the region. The EU is ready to support the development of connectivity links, in line with its Economic and Investment Plan. The proposed economic advisory platform can also support this process.

Examining the EU – Azerbaijan Relations Prior to the Eastern Partnership Summit