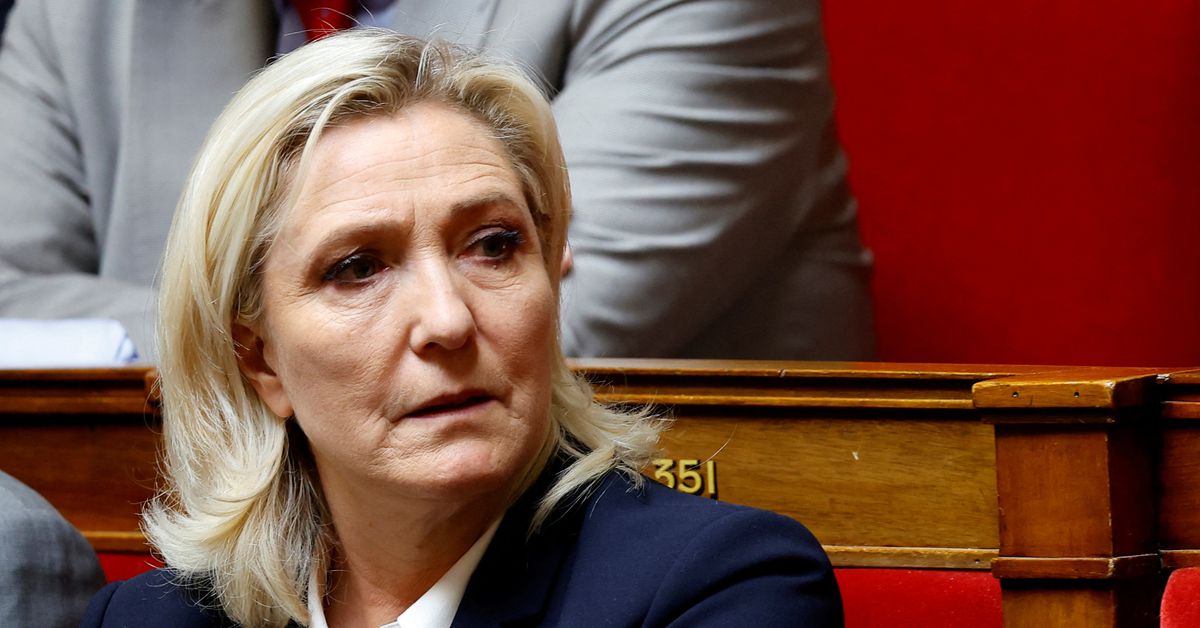 Marine Le Pen, member in parliament and president of the French far-right National Rally - RN party parliamentary group, is seen at the opening session for the National Assembly in Paris (France), 28 June, 2022.

The leader of the far-right French Rassemblement National party Marine Le Pen declared Sunday (18 September) that her party would vote against President Emmanuel Macron’s pension reforms as well as against the budget for 2023.

Le Pen stated that Emmanuel Macron's plans for pension reform were unfair and would divide the country at a party meeting held in Cap d'Agde, southern France.

Macron would like to begin implementing the reforms next summer, which mainly consist in a gradual rise to 65 years of legal retirement age.

France's far-right scored an historic victory in June's legislative elections, increasing its number to 89 from eight in previous legislatures and cementing its rise from fringe to mainstream opposition.

The Rassemblement National, which won the June election, has now become the second largest party in parliament. This denies Macron's centrists an absolute majority that would have allowed him to ease through his reforms.

In the coming weeks, the budget for 2023 will be up for debate.

No better offer on the table for Iran - France