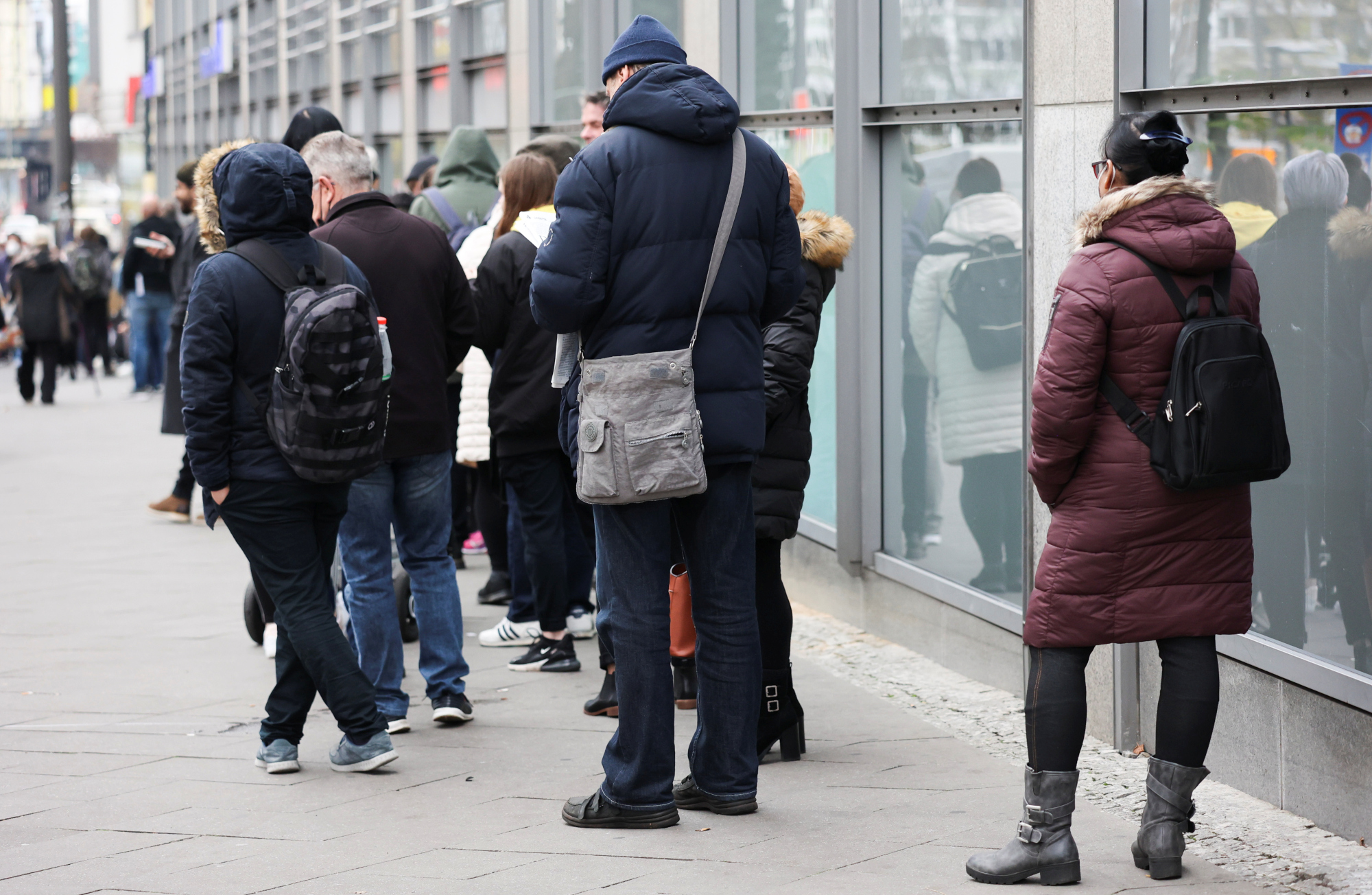 People queue up outside a vaccination centre in a shopping mall, amid the COVID-19 pandemic, in Berlin, Germany, November 20, 2021. REUTERS/Christian Mang

Several members of Chancellor Angela Merkel's conservative bloc said on Sunday that federal and state governments should introduce compulsory vaccinations soon as other efforts to push up Germany's low inoculation rate of just 68% have failed.

"We've reached a point at which we must clearly say that we need de facto compulsory vaccination and a lockdown for the unvaccinated," Tilman Kuban, head of the youth wing of Merkel's Christian Democratic Union (CDU), wrote in Die Welt newspaper.

Germany's seven-day coronavirus incidence rate rose to the highest level since the pandemic began for the 14th consecutive day on Sunday, reaching 372.7 nationwide.

In some regions, it has surpassed 1,000 with some hospitals already reporting full intensive care units. The record in the third wave of the pandemic last December was 197.6.

Overall, there have been 5.35 million coronavirus infections reported in Germany since the start of the pandemic in February 2020. The overall death toll stands at 99,062.

Danyal Bayaz, an influential member of the Greens and finance minister in the southwestern state of Baden-Wuerttemberg where infection rates are very high, said it would be a mistake at this point of the pandemic to rule out compulsory vaccination.

The Greens are currently in talks with the centre-left Social Democrats (SPD) and the libertarian Free Democrats (FDP) to form a three-way coalition government on the federal level.

The three parties are in the final stages of sealing a coalition agreement which would pave the way for outgoing Finance Minister Olaf Scholz from the SPD to succeed Merkel as chancellor in the first half of December.

Scholz has said he wants a debate about whether to make vaccination compulsory for health care workers and geriatric nurses. FDP members have voiced their objections to such a step as the party puts a bigger emphasis on individual freedom.

Neighbouring Austria this week announced a plan to make vaccines compulsory next year. 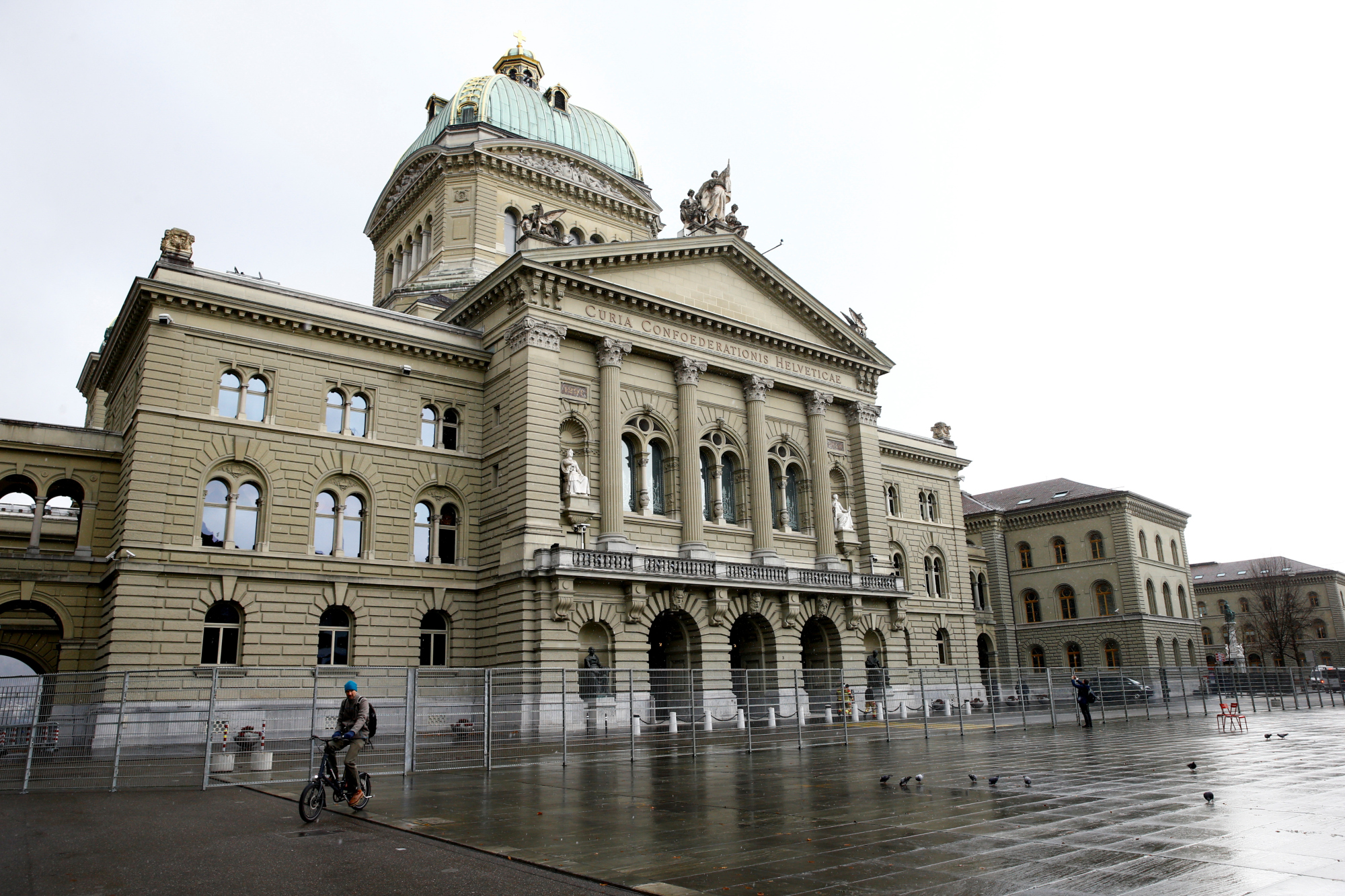 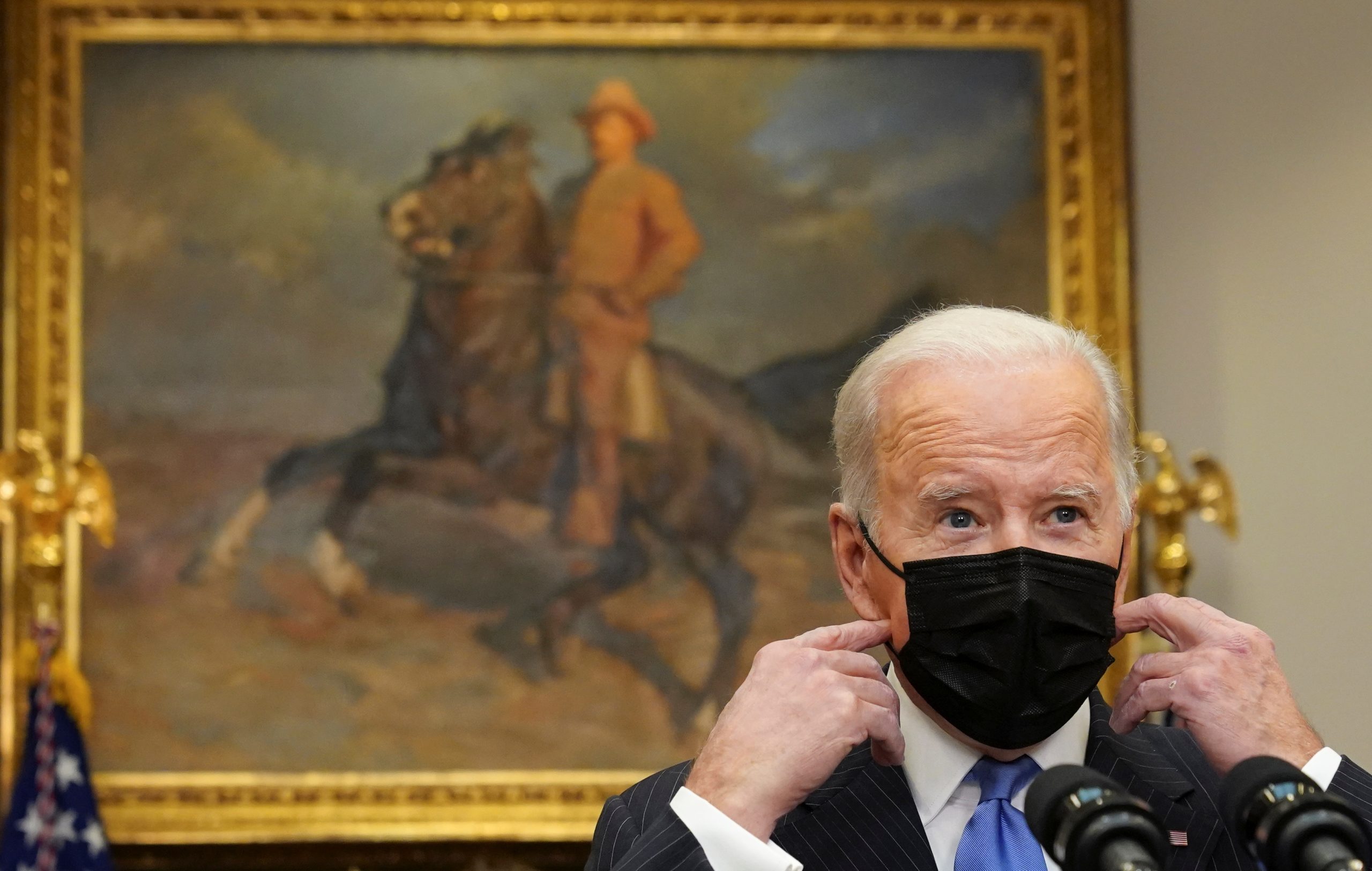