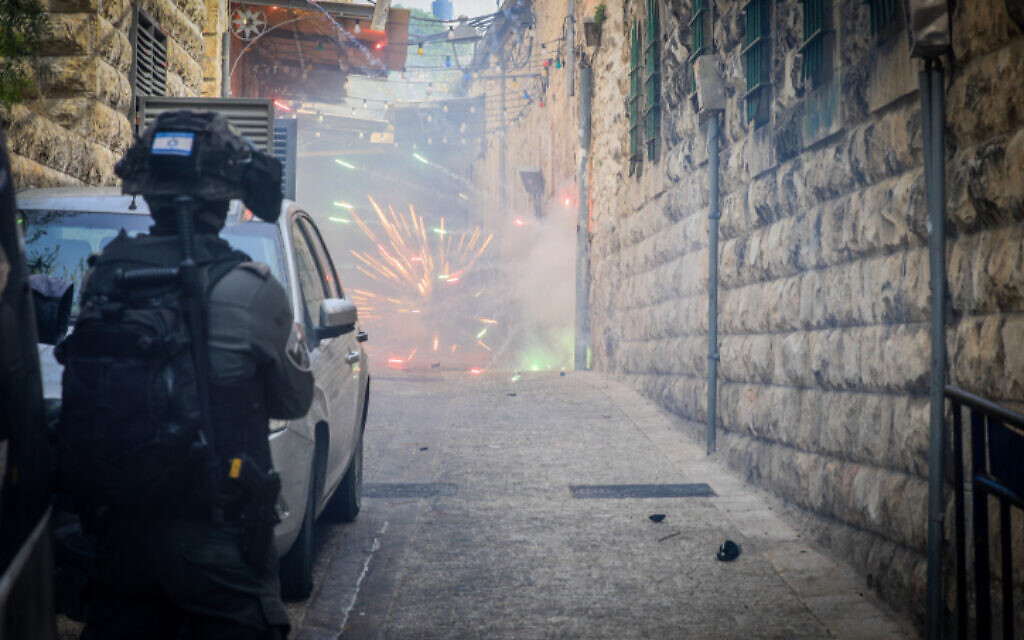 ’It is very important for the UAE to maintain its credibility within the region. We need also whenever we try to talk, not only tot he governments of the region but also to the people, that they trust us. We want them to respect what we say, we want them to see us as responsible and that they respect our credibility,’’ said Dr Ali Rashid Al Nuaimi, a member of the Emirati Federal National Council, in an interview with EJP and EIPA in Abu Dhabi.

‘’What happened will have an impact on others that didn’t join the Abraham Accords but it won’t have no influence on the relations between the UAE and Israel. Of course other countries will be hesitant to join because of these activities.‘’
‘’If Israel wants to normalise with this region, homework has also to be done by the Israeli side.You have to stop the aggression from Israeli fanatics who go to the Temple Mount. Extremists on both sides have no interest in having the Abraham Accords succeed,’’ said Ebtesam Al-Ketbi, President of the Emirates Policy Center.

Earlier this week, the United Arab Emirates (UAE) summoned Israel’s ambassador in Abu Dhabi, Amir Hayek, over the recent Jerusalem escalations, in the first such rebuke since the two countries normalized relations a year and a half ago under the Abraham Accords.

During that meeting, UAE Minister of State for International Cooperation Reem bint Ibrahim Al Hashemy informed the ambassador her country’s “strong protest and denunciation of the events taking place in Jerusalem and Al-Aqsa Mosque, inclu-ding attacks on civilians and incursions into holy places that resulted in the injury of a number of civilians,” according to the official Emirati WAM news agency.

She stressed the need for Israel to “immediately stop these events, provide full pro-tection for worshipers, respect the right of Palestinians to practice their religious rights and halt any practices that violate the sanctity of Al-Aqsa Mosque,” WAM re-ported, adding that the minister warned that escalations in Jerusalem threaten the stability of the entire region.

Israel has accused Arab leaders of boosting tensions by pushing Muslim claims re-garding the Temple Mount and claiming Israeli attempts to break a delicate status quo there. The Jordanian Waqf is the administrator of the Temple Mount, known to Muslims as the Haram al-Sharif, and barred Jews from praying there. The Temple Mount is the holiest place in Judaism as the site of the biblical temples. Al-Aqsa Mosque is the third holiest shrine in Islam. The Ramadan and Passover holidays drew thousands to holy sites,

On Wednesday, Israeli Foreign Minister Yair Lapid spoke with his Emirati counter-part Abdullah bin Zayed Al Nahyan about the tensions around on the Temple Mount/Al-Aqsa complex, according to a foreign ministry spokesperson.

During the conversation, the two foreign ministers discussed the difficulty of dealing with anti-Israel fake news in the Arab world and agreed to keep working together to promote religious tolerance and peace between Israel and Middle Eas-tern Arabs.

The Emirati Foreign minister also “expressed his appreciation for Israeli efforts to calm the situation and expressed understanding for the on-the-ground difficulties that Israel faces,” according to an Israeli Foreign Ministry statement — in reference to the thwarting of the planned march by Israelis through Damascus Gate and the closure of Temple Mount to Jewish visitors from Friday until the end of Ramadan.

“Sheikh Abdullah welcomed the Israeli government’s decision to halt the ‘Israeli Flags March’ from reaching the Bab al-Amud area, as well as to prevent non-Muslim visitors from entering the Al-Aqsa courtyards from Friday until the end of the Holy Month of Ramadan,” according to the Emirates News Agency.

“Our region needs stability and to work together in order to move forward in deve-lopment along all paths so as to achieve the aspirations of our peoples for progress and prosperity,” the UAE foreign minister said.
‘’Israel is preserving and will continue to preserve the status quo on the Temple Mount. We have no intention of changing it whatsoever,’’ declared Yair Lapid.

Israeli Prime Minister Naftali Bennett said Israel is a “stabilizing force” without whom tens of thousands of Muslims would not be able to pray at the Al Aksa Mosque in Jerusalem. Rioters “prepared stones and Molotov cocktails in advance to use from within the mosque,” he said.

In an interview with Yossi Lempkowicz, Editor in chief of European Jewish Press (EJP) and Senior Media Advisor of Europe Israel Press Association (EIPA), in Abu Dhabi, Dr Ali Rashid Al Nuaimi, Chairman of the UAE Federal National Council’s Defense, Interior and Foreign Affairs Committee, underlined the need ‘’to have a plan from now for next year in order to prevent the Jerusalem events from happening again’’.

” Why letting those extremists from both sides to take the lead, to hijack not only the general public but also the governments, the officials, and put them in a position where actually we all suffer,’’ he said.

‘’Those extremists on both sides are hijacking the mind and the heart of the people on both sides. What we have seen in the last two weeks – and actually it happened last year- both sides announced what they are planning to do long time ago, before Ramadan…. Unfortunately the Israeli government and the Palestinian Authority didn’t act on preventing measures.’’

‘’The position of the UAE is that we have to make sure that those extremists don’t take a lead and put us in a position where they will radicalize the other side and let the people support and sympathize the other side,’’ said Dr Rashid.

‘’I talked to some Israeli friends yesterday. I told them: We should have a plan from now for next year in order to prevent this from happening.’’ My proposa lis to have prevention plan from the beginning to approach the Israeli general public, the Palestinian general public, especially those Palestinians in Jerusalem to create an awareness about the damage that such activities by these extremists will bring to both sides.

He continued, ‘’the UAE believe in peace, in engagement and momentum that we have initiated in bringing people-to-people’’ but warned that these activities from extremists on both sides will undermine all our efforts to bring people together, to keep the momentum to expand the Abraham Accords across the region.’’

‘’It is very important for the UAE to maintain its credibility within the region. We need also whenever we try to talk, not only tot he governments of the region but also to the people, that they trust us. We want them to respect what we say, we want them to see us as responsible and that they respect our credibility,’’ he added.

‘’What happened will have an impact on others that didn’t join the Abraham Accords but it won’t have no influence on the relations between the UAE and Israel. Of course other countries will be hesitant to join because of these activities. ‘’

He clearly stressed that ‘’there is no way back when it comes to the Abraham Accords and peace but we also need to say the right thing that will unable us to maintain our credibility and will unable our role to promote peace and to bring Israel and others together and bring the people to people together.’’

‘’ When it comes to Hamas, it is clear that they will be trying always to serve a terrorist agenda and undermine all the peace initiatives and activities. I believe that if there is an agreement between the Israelis and the Jordanians supported by all the Arabs we would put Hamas in a corner.’’

‘’That is why I say that we always need a prevention plan and make the general public, the people in the region, aware about this plan, so we will not let Hamas, the Jihad Islamic and other organizations take advantage of such activities by those extremists from both sides.’’

In a separate interview in the UAE capital, Dr Ebtesam Al-Ketbi, President of the Emirates Policy Center, the largest think tank in the country, said the summoning of the Israeli ambassador ‘’was a message from the UAE who invested in the Abraham Accords, trying to introduce Israel to the region and to introduce this concept which is based on tolerance between all religions.’’

‘’What is happening is a big challenge. The UAE froml the beginning received all condemnation from all the Arab world because it was the first country to sign the Abraham Accords. the UAE.’’

‘’If Israel wants to normalize with this region, homework has also to be done by the Israeli side.You have to stop the aggresion from Israeli fanatics who go to the Temple Mount. Extremists on both sides have no interest in having the Abraham Accords succeed,’’ she said.

‘’Don’t let a small group to do this, counter this, you have to know the sensitivity of the Muslims on Ramadan. They cannot sympathize with you in this period. The pictures showing the Israeli soldiers in the Mosque and they are beating people is a very bad image. So the Israelis need to be wise,’’ said Al-Ketbi.
She continued, ‘some want to ruin everything wht has been done since the Abraham Accords. Don’t let this happen, this is also the message of the UAE. Use your law and force to limit those who endanger the situation.’’

‘’The Abraham Accords are something that was created not to go. There is a will from all the countries that signed but there are spoilers. Don’t let these spoilers continue their agenda,’’ added Dr al-Ketbi.