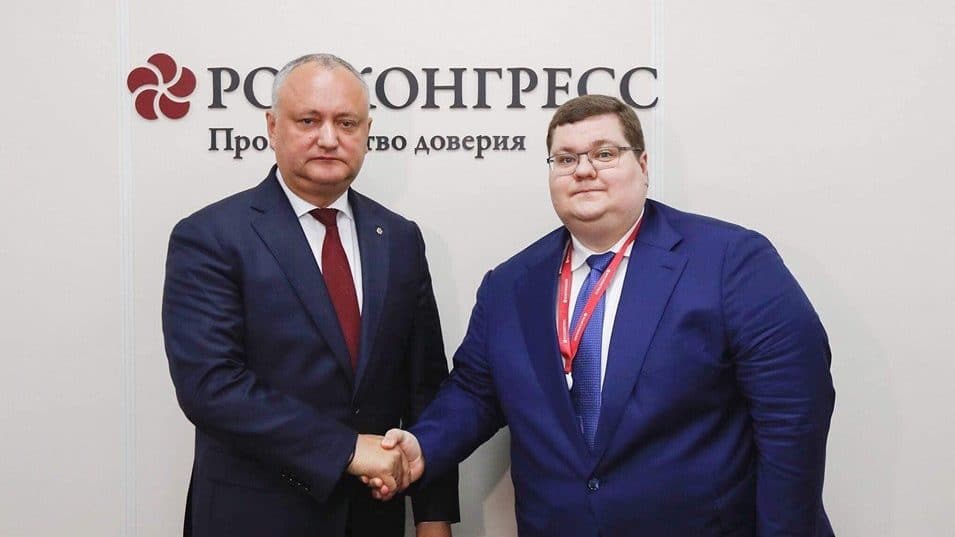 In Russian mafia slang, "Morkovka" means "to fraud" or "to bribe relevant actors in order to determine a favorable decision or actions in one’s behalf`. Recent opinion polls show grim predictions for the Communist Socialist Electoral Block (BECS) and for the Shor Party in the upcoming early parliamentary elections due to take place on July 11. Regardless of the various realistic scenarios, the fact of the matter is that it will be extremely difficult for the two parties to gain a parliamentary majority, writes Henry St George.

Nevertheless, there are certain actions that might shift the results of the elections in the offing or, worst case scenario for the Socialists, they might at least sweeten their failure.

In the attempt to secure a better result for the upcoming elections, on the 24th of June 2021, Igor Dodon, current president of the Moldovan Socialist Party and former president of the Republic of Moldova, travelled to Moscow to strategize with the Russian FSB (internal security agency) the upcoming campaign activities for his Socialist Party (PSRM) and to negotiate the new funding for the last leg of the campaign.

The #Morkovka investigation is based on a set of evidence extracted from within the PSRM.

A series of online conversations between Igor Dodon and user "Igor Yurievich Ch", who turned out to be none other than Igor Chaika, contain several documents that concern the 11th of July elections. The documents were sent by Igor Dodon to Chaika. We checked the data, and what we are about to unveil is the results of our efforts to corroborate information from various sources. We will reveal the mechanisms concocted by the Moldovan Socialist Party and its Communist ally for the last leg of the electoral campaign, with Moscow’s direct involvement and approval.

Some events that will take place prior to the 11th of July as well as after the elections might be explained by evidence our investigation has unearthed.

The Communist Socialist Electoral Bloc is a Soviet-style political vehicle, with grassroots organizations, territorial branches and a strict set of electoral activities. Their action plan divides the Republic of Moldova in five geographical areas (North, South, Gagauz and Kishinev). In each region, mobile squads are active and campaign tents are installed. The incurred expenses are: canvassing (billboards, banners, flyers, posters, and newspapers), "classic” media (radio and TV electoral spots) and social media. We have noticed that amongst the planned activities was the 4th of July Kishinev march and several music concerts, to be held in 25 municipalities. The concerts take up most of the allotted budget, reaching a cost of 300 000 EUR. On a well-deserved second place is the cost for printing the 3 million flyers that BECS intends to distribute on the day of the elections. The total for the Communist-Socialist electoral campaign amounts to 4 875 701 EUR. At the time when the leaked documents came into our possession, BECS was 3 045 701 EUR short. Not only that, but Dodon reported to Chaika the electoral activities conducted during 1st May until 21st of June.

The online campaign is adapted to the "vehicles" used for conveying the electoral messaging (Facebook, mail.ru, VK.ru, Google Adwords, Youtube, Viber, Admixer, other sites that host publicity banners etc.). Moreover, it is also tailored to several clearly defined types of audiences, according to age, geographical area, social and educational background etc.  For this segment, BECS has allotted 100 000 EUR.

The video production for the BECS campaign was prolific, as dozens of high-quality clips were produced and distributed on social networks. The clips, many of which benefited from high-end graphics, gathered hundreds of thousands of views.

While skimming through the campaign plan we noticed the extensive amount of resources involved for mobilising the electorate in the North and South regions. To achieve its objectives in the two regions, BECS estimated that they would need 2 067 agitators in the North of the Republic of Moldova and 2 932 agitators in the South. Of course, the agitators would have to be paid for their efforts. The total costs for ensuring the success of this campaign activity amounts to 513 686 EUR.

A particular type of attention is given to the activities planned to take place on the 11th of July. By and large, they fall into two main categories:

The budget for Election Day amounts to 2 730 558 EUR. The costs are divided into several subcategories. Part of the expenses are meant for the payment of BECS representatives in the electoral commissions, of favorable observers, as well as of other types of members of the electoral commissions from the polling stations in the Republic of the Moldova and in Western Europe that might act according to the Bloc’s interests and strategies.

When it comes to the second main category (measures for mobilization), the amounts budgeted are meant for paying off agitators, commissioning transportation for bringing voters to polling stations (bluntly put, for electoral "tourism") and other "current expenses".

There are, however, two special categories, that need further investigation:

Alas, neither the document, nor Dodon’s conversation with Chaika could provide us with additional details of what the two categories entail exactly. Nonetheless, we can make an educated guess that the allotted budget for Transdnistria is planned for buying off 30.000 votes from this region, favorable to BECS.

We have already pointed out what "Morkovka" means. A staggering sum of 1 500 000 EUR was budgeted by BECS for electoral frauds.

Now let us move further into our investigative journey and compare the documents from Igor Dodon’s phone to the expenses officially declared by BECS during the ongoing electoral campaign. Right of the bat, one can easily notice significant discrepancies between the declared amounts and the budget sent to Chaika. This, by itself, is a clear evidence that BECS did not declare a significant portion of its electoral expenses.

According to the Moldovan Law, it is compulsory for the electoral contestants to declare the sources used for financing their campaigns. According to a rule approved by the Republic of Moldova Central Electoral Commission’s decision no. 2704 from the 17th of September 2019, political parties must file regular reports and observe a certain standardised format concerning the amounts of money they employ in their electoral campaigns. As the Central Electoral Commission’s webpage demonstrates, the most recent such report from BECS was filed on the 2nd of July.

The document is signed by Ecaterina Iepure (the Bloc’s Treasurer) and was registered by the Central Electoral Commission during the same day (2nd of July). This particular report states that, up until the abovementioned date, BECS spent on its electoral campaign the total amount of 3 635 393.48 MDL (aproximately 169 232.11 EUR).

When comparing the amounts declared to the Central Electoral Commission by BECS and the figures advanced in the Bloc’s leader "unofficial documents", one cannot help but notice several major discrepancies. For example, in the report available on the Central Electoral Commission’s site, BECS declared that the total value of its publicity expenses (television, radio, written press, banners, billboards, other electronic media) amounted to 1 996 261.45 MDL (approximately 92 928.47 EUR), whereas, in the documents extracted from Dodon’s phone, the costs of Internet advertising alone amount to 2 150 000 MDL (approximately 100 085.19 EUR).

Each and every piece of evidence presented in our investigation indicates an elaborate mechanism employed by the Russian Federation through FSB hands to pump funds into the pro-Russian political parties in Moldova, without any consideration or respect for the rule of law. The Russian Federation is using Igor Chaika’s companies as a front to funnel funds to the Socialist Party of the Republic Moldova. The stake at play is quite pragmatic, regardless of geopolitics, and boils down to protecting FSB backed Russian investments in Moldova. Hundreds of millions of Euros are laundered by Russian companies through the Republic of Moldova, with the aid of the FSB. The FSB Generals are well aware of this practice and turn "a blind eye" as long as they receive their cut. Beseda is one of them.

When it comes to the small eastern-European Republic of Moldova, Russia if far more concerned to protect its illicit income sources than to maintain its geopolitical influence. For the Kremlin as well as for Lubianka, Moldova is either a money laundering safe heaven or a docile "milking cow". To protect their heinous schemes, the Russians will spare no effort and continue to allot generous budgets to corrupt politicians and government employees that will keep the country in a state of perpetual control and impoverishment.

The "Billion Theft" scandal that dragged Moldova to the murk and mud is a clear example of Russian malign influence in the region. "Morkovka" is not something of a singularity, but more of a norm. We believe our investigation unveiled only a small fragment of the depths of Russian involvement in Moldovan politics.

COVID-19: EU helps to deliver vaccines to Moldova and medical items to Montenegro and North Macedonia