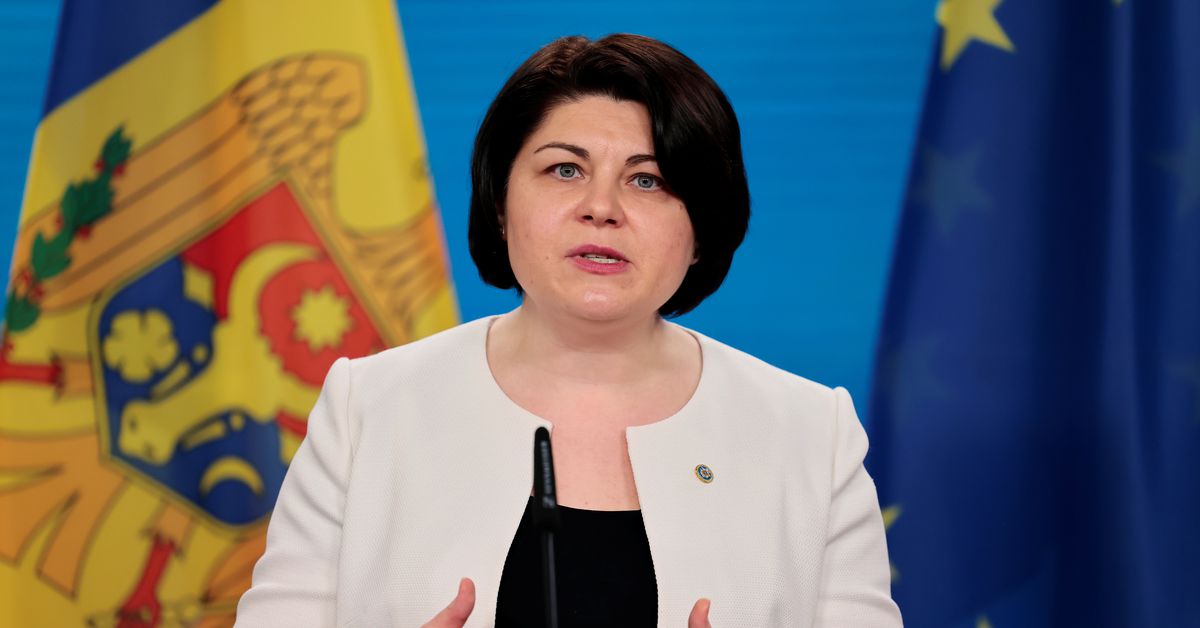 After the donor conference in Moldova, Natalia Gavrilita, the Moldovan prime minister, attends a news conference in Berlin, Germany on 5 April, 2022.

On Sunday (18 September), at least 5,000 protestors gathered in the capital of Moldova, calling for the resignation of President Maia Sandu and the government. They blame them for rising energy prices and high inflation.

Under a contract last year, Moldova purchases its gas from Gazprom (GAZP.MM). Prices fluctuate monthly and are calculated from spot prices for oil and gas depending on the season. Spot prices have shot up this year.

"Moldova has now entered clinical death," stated Dinu Turcanu (a politician from the opposition party to Ilan Shor), a bank robber convicted in connection to a $1-billion bank scandal.

Moldova, a small post-Soviet country with 3.5 million inhabitants, is facing serious economic problems due to high energy prices. The cost of electricity has risen by 29% in September, after increasing almost 50% in August.

Natalia Gavrilita, prime minister of Moldova, stated this month that Moldova's economy would experience moderate growth of 1.5% in the next year.