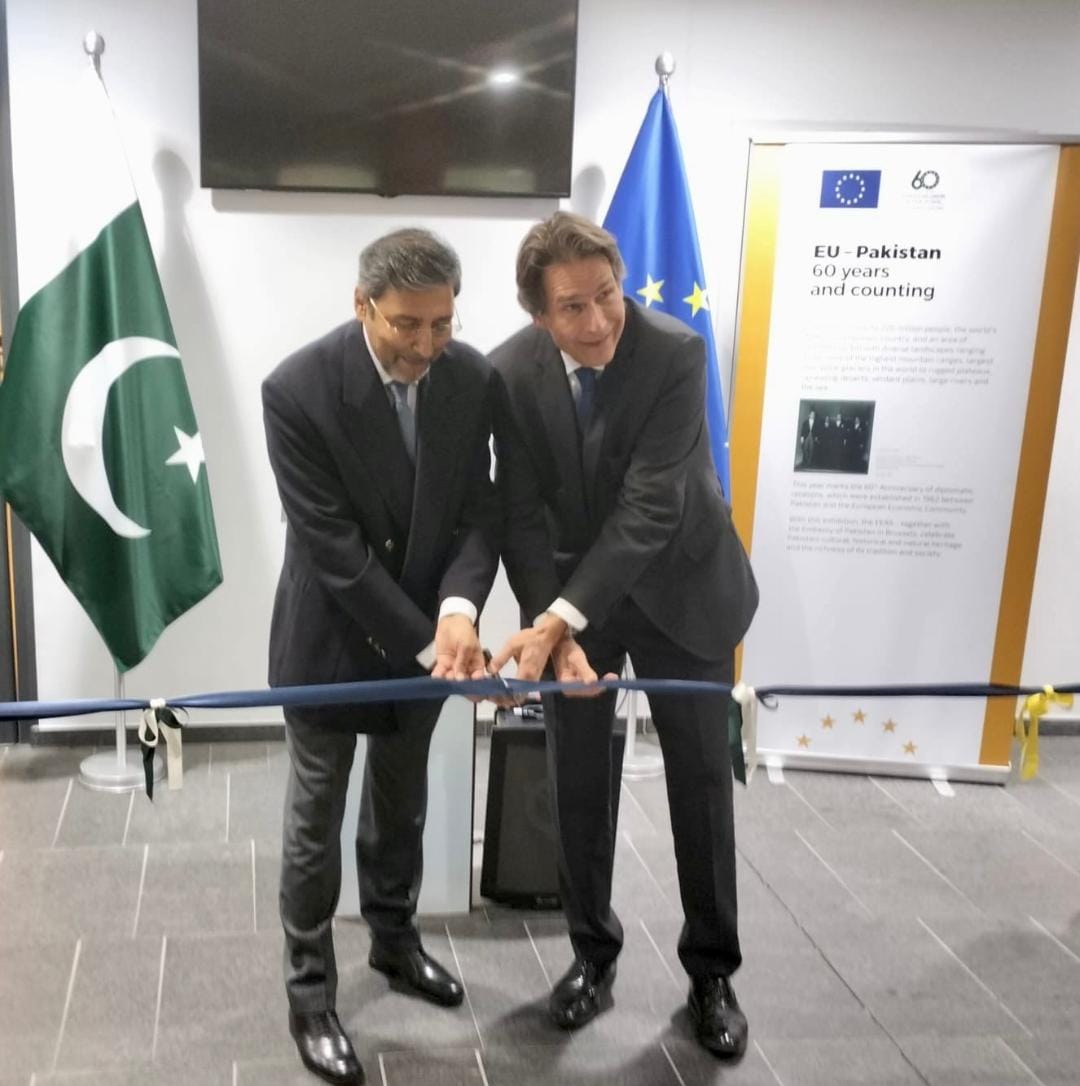 In commemoration of the 60th anniversary of the establishment of diplomatic relations between Pakistan and the European Union, a photographic exhibition was launched last evening in Brussels at an event organized by the Pakistan Mission to the European Union in collaboration with European External Action Service (EEAS).

The photo exhibition that showcases Pakistan’s rich history, heritage, architecture, tourism, sports, as well as religious, cultural, and culinary diversity was inaugurated by the Acting Foreign Secretary Jauhar Saleem, who is visiting Brussels to lead the 8th Round of Pak EU Political Dialogue. The inauguration ceremony was attended by officials of European institutions, diplomats, intelligentsia, and media persons.

In his remarks on the occasion, the Acting Foreign Secretary Jauhar Saleem noted the positive trajectory in bilateral relations between Pakistan and the EU and the growing partnership in political, economic and trade domains. He emphasized that the Pakistan-EU relationship was a befitting representation of the value of working together on global challenges — such as climate change, food security and sustainability, which required a multilateral and interdisciplinary approach.

The Acting Foreign Secretary underlined the enormous potential for further expanding Pakistan-EU ties under the Strategic Engagement Plan. He expressed Pakistan’s readiness to advance this productive and constructive partnership, especially in areas of science and technology as these are the most relevant sectors for the attainment of socio-economic development.