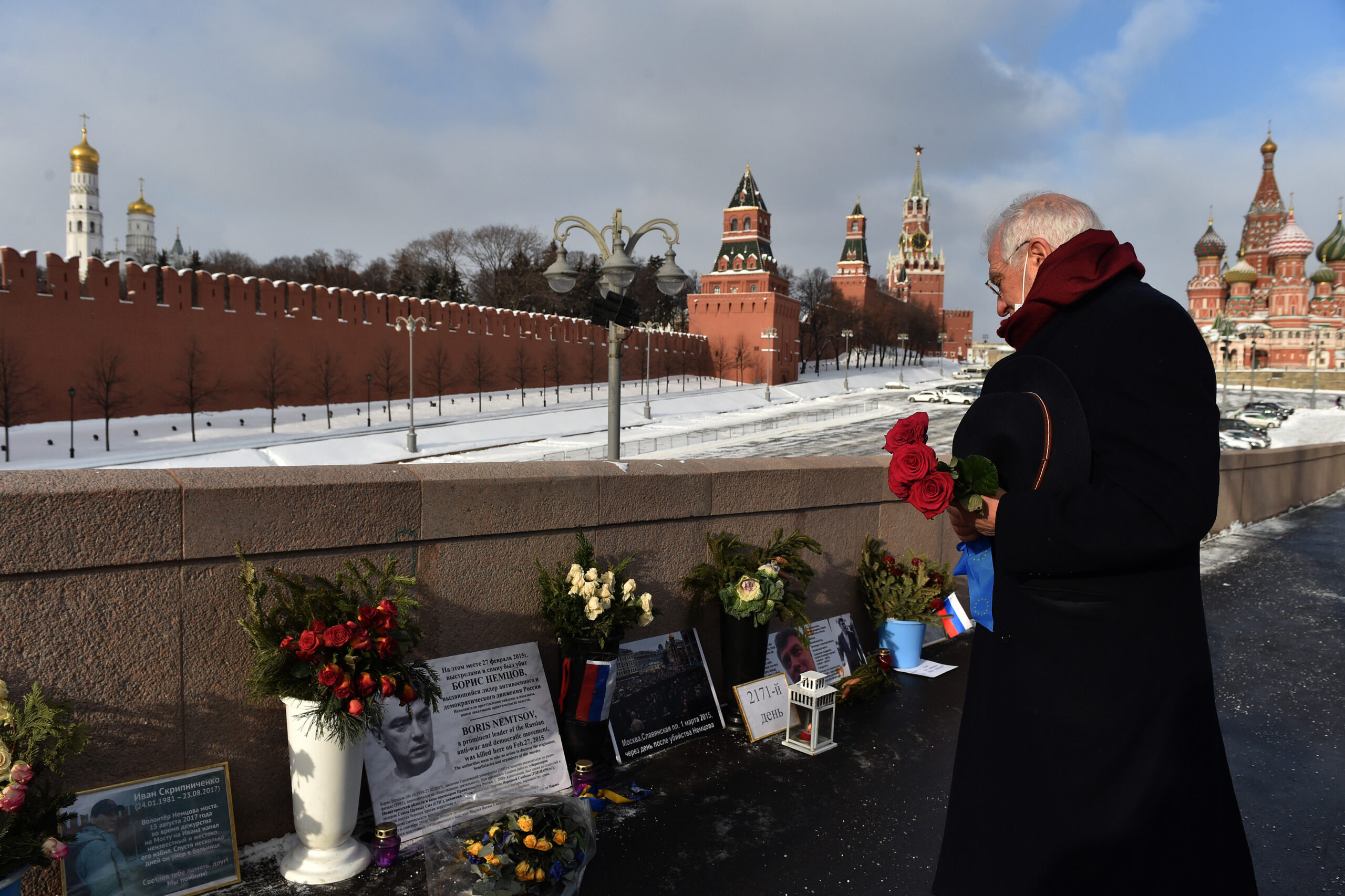 Following last week's European Council where EU heads of government held a heated discussion on the EU's relationship with Russia, EU High Representative Josep Borrell writes about how the EU should deal with Russia.

In recent years, relations with Russia have deteriorated sharply. Russia under President Putin has distanced itself from Europe, through deliberate policy choices, both at home and abroad. We wish these choices were different, but we have to base ourselves on this reality and the possibility that EU-Russia relations could even take a turn for the worse. At the same time, we share a continent with Russia and it remains a vital actor on numerous fronts. We therefore have no alternative but to develop a principled, balanced and strategic approach.

At the Summit, all EU leaders confirmed their resolve to work for ‘a united, long-term, and strategic European approach based on the five guiding principles’. These five principles were established by the Council in 2016, after the outbreak of the conflict in and around Ukraine, and have guided us ever since. Indeed, leaders tasked the Council, the Commission and me as High Representative to continue to implement them fully.

Within this overall context of the five principles and to make them more operational, the Commission and I have proposed to develop our policies on Russia along three main action tracks: to push back, constrain and engage. What does this mean?

First, we must push back against deliberate violations of international law by Russia in our member states and our neighbourhood, and continue to speak up for democratic values. These are matters of direct concern to all members of the UN, the OSCE and the Council of Europe, and do not belong exclusively to the internal affairs of any country.

Push back also means we must continue our support to Ukraine and its territorial integrity, sovereignty and independence. This includes continuing to call on Russia to assume its responsibility and to implement the Minsk agreements. We will also continue to pressure Russia for its failure to cooperate with the international efforts to achieve justice for the victims of the downing of flight MH17 over Ukraine.

"The Union itself must become more robust, resilient and cohesive. The first form of cohesion is preserving the unity of purpose among our member states."

Second, we must constrain Russia’s attempts to undermine the EU. The Union itself must become more robust, resilient and cohesive. The first form of cohesion is preserving the unity of purpose among our member states. If member states agree on a common position in Brussels, but back in respective capitals and bilaterally pursue a different policy, a strong European Union position vis-à-vis Russia will remain an empty shell.

We must fully enforce EU legislation to counter crime emanating from Russia, including cyber attacks, working closely with like-minded partners. The EU needs to develop its cyber security and defence capacity, as well as our strategic communication capabilities, by stepping up work on foreign information manipulation and disinformation. We will also have to intensify our fight against corruption and money laundering and ensure greater transparency of the origins and purpose of such financial flows to and from Russia.

"The more successful the countries of the Eastern Partnership are in their reform process, the more resilient they will be and thus better able to resist Russian pressure or interference."

Another aspect of a constraining policy consists of reinforcing the resilience of partner states of the European Union, especially the members of the Eastern Partnership. This requires them to improve their internal governance: fighting corruption, promoting the independence of the judiciary and guaranteeing fundamental freedoms. The more successful they are in their reform process, the more resilient they will be and thus better able to resist Russian pressure or interference. As EU, we will continue our support to Russia’s neighbours so they and their citizens remain free to determine their own future.

Third, the final pillar of our relationship with Russia: engagement. Like it or not, Russia is a major player on the global stage and it has increased its political presence in many parts of the world, including in countries where EU interests are at stake: Libya, Afghanistan, Nagorno Karabakh and Syria are telling examples. I am also thinking of the JCPOA on Iran, to which Russia is a party and which we must put back on track.

There are also global issues on which it is in our interest to engage Russia because not solving these issues will affect us all. The most important of these is climate change, where there is a clear need for cooperation, for example through the introduction of a CO2 price in Russia, or the implementation of an ETS, or the development of hydrogen. The pandemic has also shown the need for global cooperation on public health. The virus knows no borders, and the border the EU and Russia share is over 2000 kilometres long.

"Our quarrel is with the policy choices of the Russian government, not the Russian people. So, we should strengthen people-to-people contacts."

Crucially, we must continue to engage with Russian civil society and citizens. Our quarrel is with the policy choices of the Russian government, not the Russian people. So, we should strengthen people-to-people contacts, which could include more visa facilitation for young people, academics, or other cross-border exchanges. We must continue to support Russian civil society and human rights defenders and be more flexible and creative in the way we do so.

The debate and outcome of the European Council: what’s next?

The European Council agreed on a balanced way forward. It followed an intense debate on the last-minute proposal by France and Germany to consider re-establishing Summits with Russia (there have been none since 2014). The pros and cons of this were discussed and in the end, leaders agreed to ‘explore formats and conditionalities of dialogue with Russia’.

"Foreign policy is about talking to people with the power to influence events, including those with whom we have profound disagreements. The point of that engagement is precisely to influence actions and thinking."

From my side, I can only reiterate my commitment to work on this basis: demanding an improvement of Russia’s behaviour on numerous issues and recognising the need to be ready to engage.

Foreign policy is about talking to people with the power to influence events. Engaging Russia is not a luxury and even less a concession. A global player has to talk to all actors, including those with whom we have profound disagreements. The point of that engagement is precisely to influence actions and thinking.

We all know that Russia, at present, has no interest in seeing the EU develop as a global actor. But they cannot ignore us nor should we allow them just to bet on, or encourage our divisions.  EU member states may have tactical divergences but no fundamental ones when it comes to defending our values.

In the coming weeks and months, I will take forward the various action tracks that leaders have identified:

First and foremost this means working to preserve EU unity, which is our strongest asset when dealing with Moscow.

Second, the European Council invited the Commission and myself to present options for additional restrictive measures to be ready in case Russia continues to breach International law in our member states and in our neighbourhood.

Third, the European Council also asked the Commission and myself to develop options on topics such as climate and the environment, health, as well as foreign policy issues where we can explore ways of engaging with Russia. It also recalled the importance of people-to-people contacts, and the need to further support Russian civil society.

"The European Council conclusions set a clear direction for our relations with Russia: keeping a firm line on substance while preserving the necessity to maintain open channels of communication."

In sum, the European Council conclusions set a clear direction for our relations with Russia: keeping a firm line on substance while preserving the necessity to maintain open channels of communication.

Ultimately, Russia is our biggest neighbour. It will not go away and it is unlikely that in the near future there will be a political change, leading it to modify its behavioural pattern substantially. The EU has to factor this in and develop policies that will enable to reach some form of cohabitation, protecting our interests and values and halting dynamics of escalation.

Nord Stream 2 is again at the centre of political games

Hunting Russians: How the CIA is alleged to have tried to lure 33 Russians to Libya