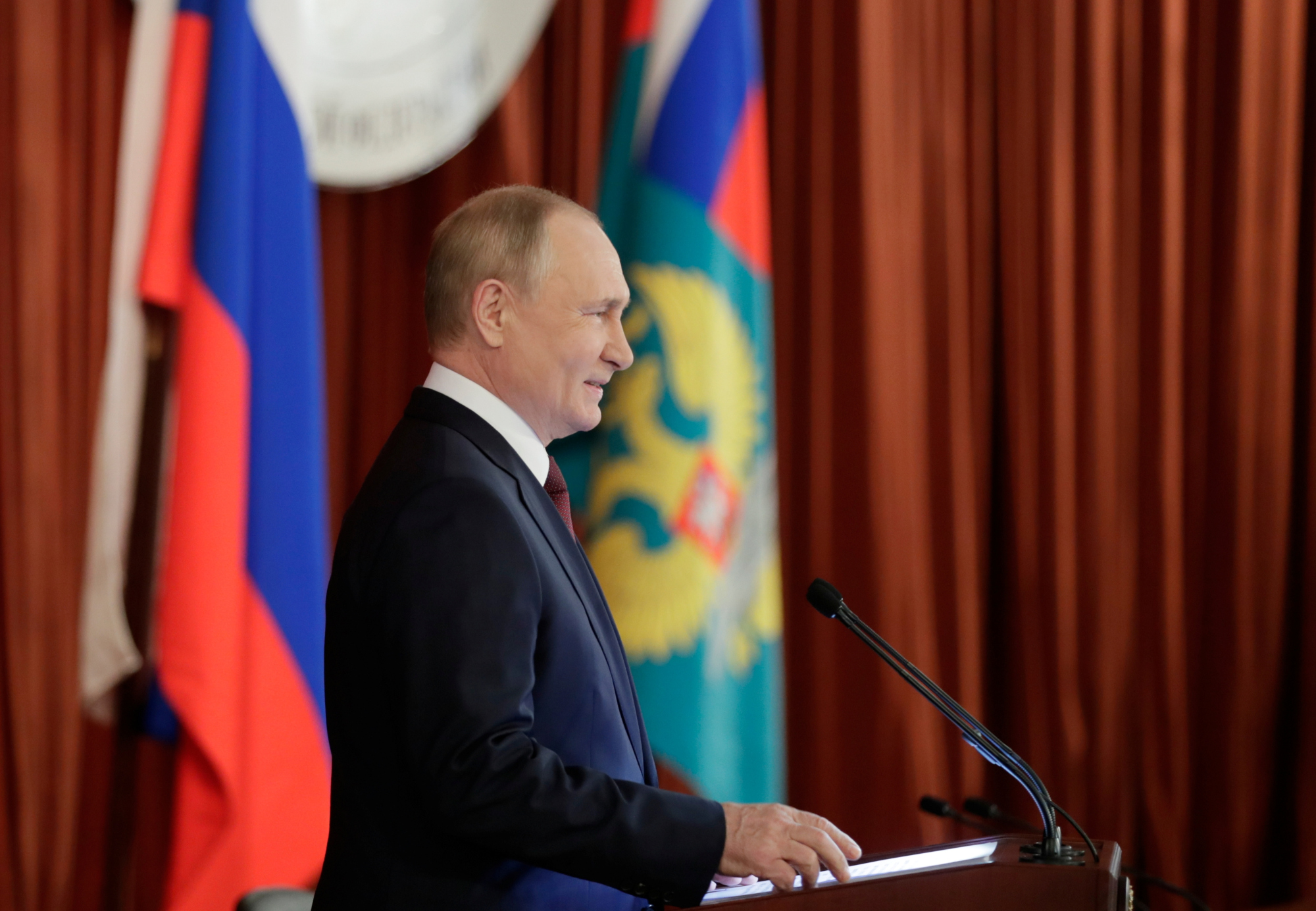 Russian President Vladimir Putin said on Thursday (18 November) that the West was taking Russia's warnings not to cross its "red lines" too lightly and that Moscow needed serious security guarantees from the West, write Tom Balmforth and Vladimir Soldatkin.

In a wide-ranging foreign policy speech, the Kremlin leader also described relations with the United States as "unsatisfactory" but said Russia remained open to dialogue with Washington.

The Kremlin said in September that NATO would overstep a Russian red line if it expanded its military infrastructure in Ukraine, and Moscow has since accused Ukraine and NATO of destabilising behaviour, including in the Black Sea. Read more.

"We're constantly voicing our concerns about this, talking about red lines, but we understand our partners - how shall I put it mildly - have a very superficial attitude to all our warnings and talk of red lines," Putin said.

NATO - with which Moscow severed ties last month - had destroyed all mechanisms for dialogue, Putin said.

He told foreign ministry officials that Russia needed to seek long-term guarantees of its security from the West, though he said this would be difficult and did not spell out what form the assurances should take.

Russia-West ties have been at post-Cold War lows for years, but the tone has sharpened in recent weeks as Ukraine and NATO countries have raised fears over Russian troop movements near Ukraine's borders and tried to guess Moscow's real intentions.

But despite a growing list of disputes, the Kremlin has maintained high-level contacts with Washington and spoken repeatedly of a possible summit between Putin and U.S. President Joe Biden to follow up their initial meeting in Geneva in June, which Putin said had opened up room for an improvement in ties.

Putin's spokesman Dmitry Peskov was quoted by RIA news agency as saying the two presidents could hold an online meeting before the end of the year.

He said the call was part of preparations for "high-level contact" between the presidents. Read more.