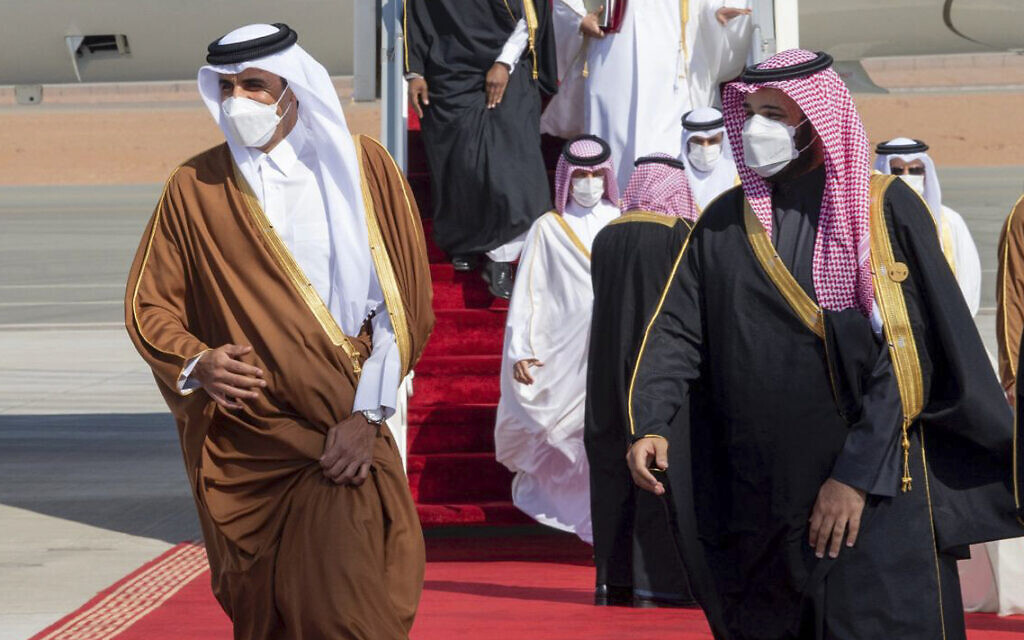 The "solidarity and stability" agreement which gained notoriety for putting an end to the so-called Gulf crisis was signed at Al Ula, Saudi Arabia on January 5, 2021, during the 41th Gulf Cooperation Summit, by the totality of countries which form the Gulf Cooperation Council: Saudi Arabia, Bahrain, the United Arab Emirates, Qatar, Oman and Kuwait. Even though not even a year has passed since, the agreement already seems to be on jeopardy.

For instance, on June 5, 2017, Riyadh, Abu Dhabi and Manama, with the support of Egypt, had in fact imposed a diplomatic and economic embargo on Qatar, after accusing the small sovereignty of supporting Iran and financing terroristic groups.

The unexpected hug on the runway of Al Ula Airport between Saudi Crown Prince Mohamed Bin Salman and the Emir of Qatar Al Thani, who had not participated in petromonarchy meetings during the last three years, has therefore marked the reopening of the economic and political cooperation in the region a few months back. Saudi Arabia and UAE have therefore reopened the connection with Qatar, by sea, air and land, although the detailed contents of the agreement have not been made public.

In a telephone recording leaked few hours ago, Abdullah Al Oudhain, advisor to the Emir of Qatar, Tamim bin al-Thani, spoke precisely of the Gulf-Qatar reconciliation agreement signed in January, clearly implying that Qatar does not consider it anything serious at all. The sheikh's adviser went as far as mocking the leaders of the other countries that signed the treaty. It is clear that signals like this from Qatar cannot be ignored for long by the neighboring Arab countries, and one therefore wonders if the agreement can hold up for much longer.

The exact words of the Advisor to the Emir of Qatar in the phone call released are reported below:

"The solution is your submission (editor's note: the one of Saudi Arabia and the Emirates) first of all." The adviser goes on by telling to his Saudi interlocutor: "Primarily you asked for three things that we did not do, three things carried away by the wind, then six other requests and we trivialized them, finally we asked you once again and Sheikh Temim personally to lift the embargo (ed. to Qatar) and then to find an agreement.

What happened? You submitted and lifted the block. In the end, you really carried out all our requests, but at the same time you made poor people's requests, you closed some borders or you asked for the suspension of AI Jazeera etc. And lastly what did you do? You have retracted, you have recognized your true value and your inability. Your Crown Prince greeted with "hello, hello" and embraced our Sheikh Temim and, after the latter awarded him the medal for his commitment against the COVID pandemics,what this bear did? He did not even respect the distance between them during their meeting (ed. on the airstrip of Al Ula).

This really is a problem; it is a problem. Your citizens are impoverished and are always trampled underfoot. Normally you should not even talk about VAT, look what might happen tomorrow! You have internal problems, you find the solutions and then you will have time to talk about politics. Come on! May God help you and bless you. See you soon".