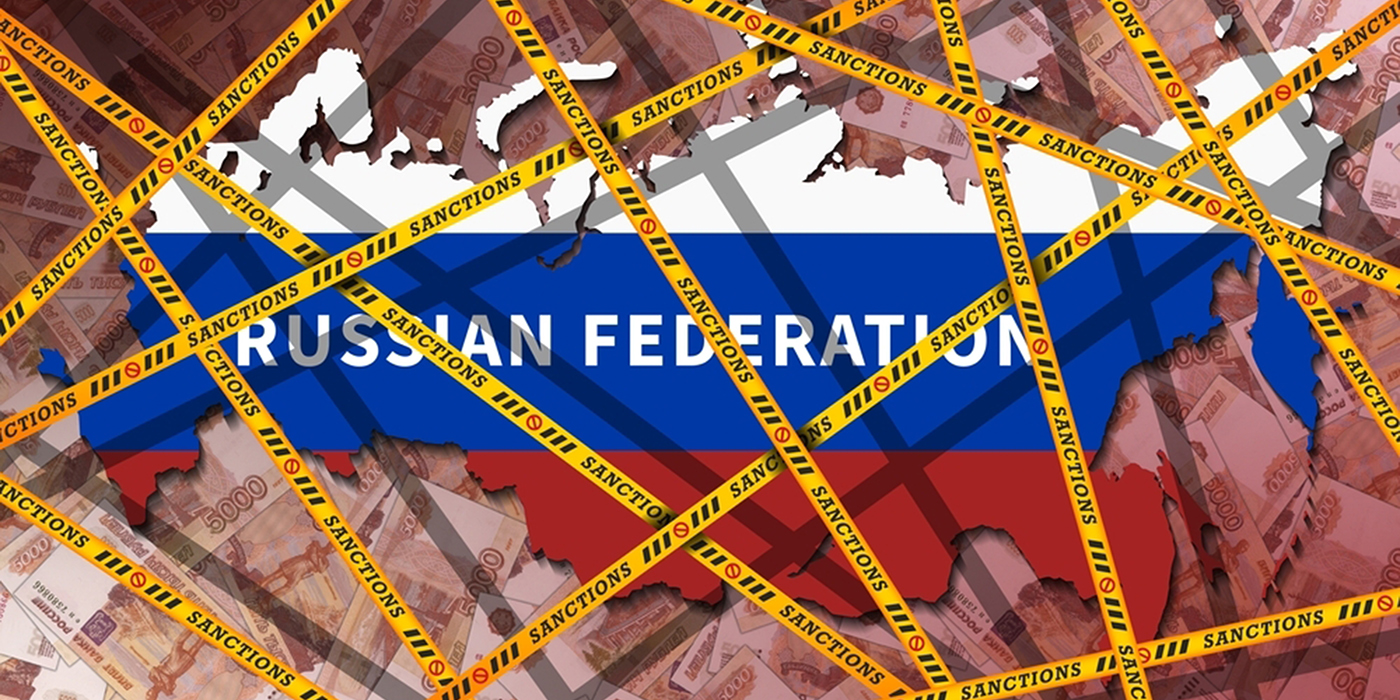 In response to the Russian invasion of Ukraine, EU, UK and the US have imposed a bevy of sanctions aimed at Vladimir Putin and his supporters. However, the success of sanctions in curbing Russian aggression is unclear so far and, despite being targeted, in reality they hurt many private companies with no ties to the government or defense industry as well as ordinary Russian people. In the end, sanctions appear to be actually bolstering Putin’s support at home - something contrary to what they were meant for, writes Louis Auge.

While the key focus of sanctions was to cut off Russia’s exports – including sales of oil and gas – and thus put economic pressure on the country, there were very limited meaningful developments on that front. The US banned imports of Russian oil, but the EU hasn’t so far placed an embargo on Russian oil and gas. Moreover, countries like India and China have ramped up purchases of cheap Russian commodities. As a result, Russian exports have held up, and the country appears to be headed for an all-time record trade surplus.

Inside Russia the sanctions are working in an unexpected way, too – there is a growing concern that amid the current economic turmoil Russia’s largest private companies could be acquired by businesses close to the state and Putin. This might result in further strengthening of state influence – something that undoubtedly will have a destructive effect on the economic and political situation in Russia in the long run.

In Russia the market is dominated by state-owned companies in almost all the spheres with three core exceptions – IT, retail and telecom. The sanctions impact can change this drastically.

Due to UK sanctions Oleg Tinkov was forced to sell his stake in Tinkoff Bank, one of the most successful private banks in Russia. The buyer was Vladimir Potanin, former deputy prime minister of Russia and currently the second richest person in the country. He is known for his closeness to Putin, but he has not been sanctioned so far neither by the US, nor by the UK and EU.

Rumors have it that Russia’s state-owned defense conglomerate Rostec is interested in buying Russian “Big Tech” Yandex which is known worldwide for its search engine and many other tech-based services. While Yandex rebuffed the rumors, it clearly indicates that there might be some interest from the buyers’ side even if there's lack of such will from the potential seller.

The other private companies in the spotlight include the largest Russian online retailer Ozon which went public on NYSE in 2020 and raised over $1 billion from international investors, and largest Russian real estate search platform Cian which also went public on NYSE in 2021. In March NYSE halted the trading in stocks of both companies, and later Ozon’s subsidiary bank was sanctioned by the US. After an appeal, the U.S. Office of Foreign Assets Control has removed the bank from its sanctions list.

There is also news about the exit of the Dutch Prosus (a division of the South African Naspers) from largest Russian e-commerce platform Avito. The company announced that it was looking for a buyer, and it’s no wonder that it will be a state-connected company or businessman.

Ironically, most of the employees of such private Russian companies are brilliant minds representing the so-called Russian “creative class”, a part of the society with an ideology far from the political rhetoric of the state. They are well-educated people with global mindset who used to work in foreign companies and who don’t support the invasion of Ukraine.

In fact it’s Russian “creative class” – not those who support Putin – who will suffer the brunt of Western sanctions. Putin’s supporters, his electorate, are the older generation and mostly poor people who could afford only basic expenses. Measures like banning insurance and aircraft maintenance or disconnecting banks from Visa and Mastercard would most likely go unnoticed for them.

Moreover, many representatives of the “creative class” left their jobs and even left the country in protest to the war. The most massive outflow was among IT specialists, who can be attributed to the most progressive class. At Yandex, Avito, Tinkoff Bank employees either requested relocation from Russia or quit and then moved to another country, with Armenia, Turkey and UAE being the top destinations.

Despite that, many of those private companies were slapped with sanctions. EU sanctioned CEOs of Ozon and Yandex Alexander Shulgin and Tigran Khudaverdyan based on the assumption that they support Putin's policies. Most likely, that assumption appeared because they attended a meeting with Putin on February 24, among dozens of Russian oligarchs and businessmen.

But both persons are just professionals who endeavored to build a career and contribute to the companies they worked for. Alexander Shulgin is a finance professional with over 10 years of experience in FMCG industry and IT who lead the IPO of Ozon on NASDAQ. Tigran Khudaverdyan is an IT professional who has been developing Yandex Taxi service for many years before his appointment as an Executive Director of Yandex only in 2020. Both of them are not oligarchs, they have no close ties with the authorities.

As a result, Shulgin and Khudaverdyan were forced to leave their jobs and companies.

It is obvious that sanctions should be tough and target all key actors connected to the state. But it’s crucially important for the West to take a more wise approach, carefully studying and evaluating companies before imposing sanctions, in order not to unwillingly strengthen the pro-Putin forces in Russia.

Putting all the companies indiscriminately under the bus of sanctions, in contrary, can lead to the strengthening of state influence and concentration of all assets in the hands of several pro-war and pro-Putin parties.

Mihails Safro, xpate CEO: " We added 35 developers to our team amid surge in cross-border eCommerce"