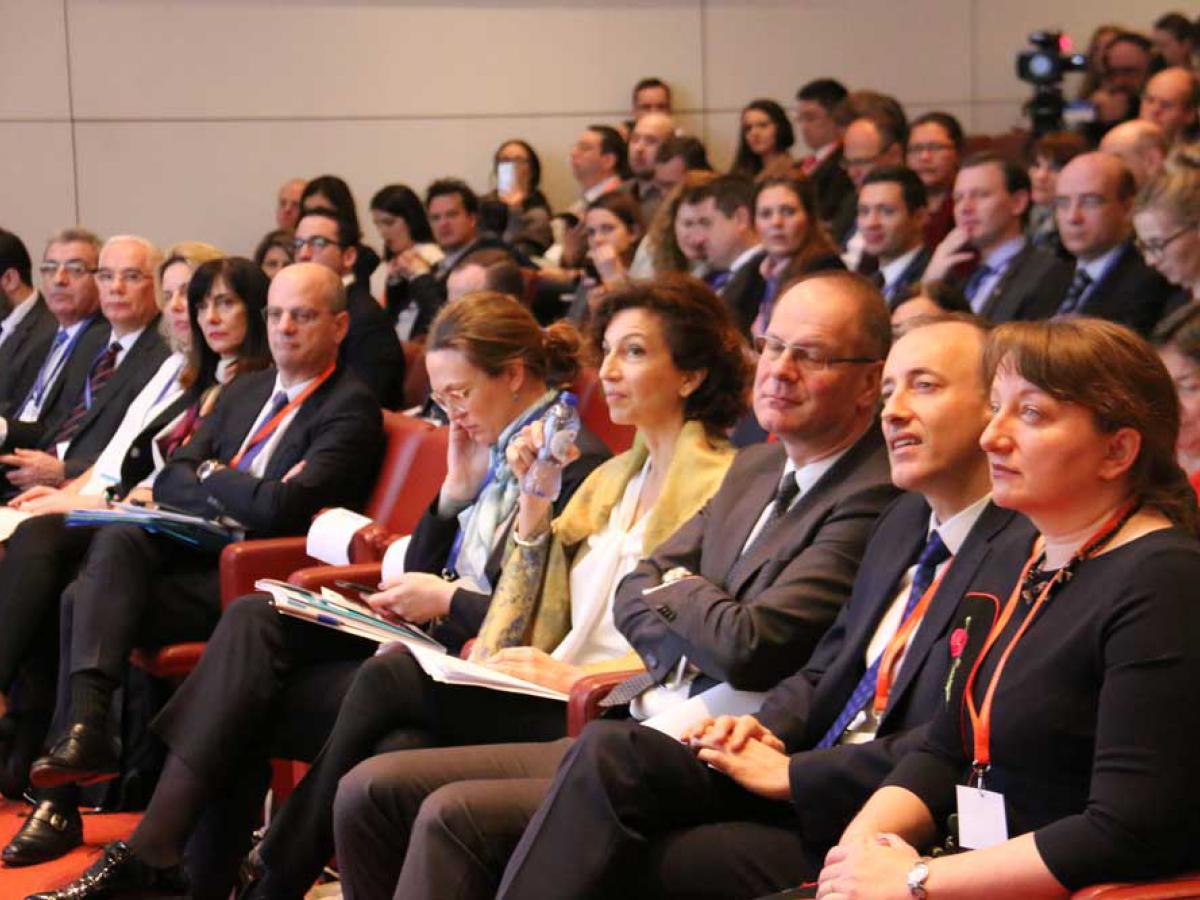 Commissioner Gabriel also said: “I look forward to hearing the views of so many people from the education world as we take our work on achieving a European Education Area by 2025 forward and implementing our Digital Education Action Plan. To this end, I will take the opportunity at the Education Summit to launch a consultation process on the transformation of higher education. I will also announce another key deliverable of our European Education Area agenda - the Education for Climate coalition, which we will develop in the course of 2021.”

EU education ministers, as well as education professionals and representatives from across Europe, will discuss the challenges and opportunities for the digital transformation of Europe's education systems in the context of recovery from the coronavirus crisis and beyond. They will also exchange experience and best practice on mitigating the pandemic's effects on education and training provision, and provide feedback on the Commission's vision to create a European Education Area by 2025 and the implementation of its Digital Education Action Plan. The Summit will be webstreamed – links are available on the webpage.

UK PM Johnson warns EU over Brexit trade talks: Back down or it's no-deal

Hosted by the European Commission, the 3rd European Education Summit took place on 10 December. European Commission PresidentUrsula von der Leyen, delivered the opening address paying tribute to teachers, who since the outbreak of the COVID-19 pandemic have strived to keep classrooms open digitally giving pupils the opportunity to continue learning. This year's summit was dedicated to the ‘Digital Education Transformation'.

In her speech, President von der Leyen said that the pandemic “also exposed the shortcomings that need to be tackled. We have to successfully integrate digital technologies in our education systems. Digital technologies enable many pupils to continue learning. But for others it proved to be a major barrier when access, equipment, connectivity or skills are lacking.”

She made reference to the Digital Education Action Plan recently presented by the Commission, which seeks precisely to boost teachers' and pupils' digital skills, as well as to develop the related infrastructure. The president highlighted the ambitious but doable targets proposed for the European Education area and spoke about how NextGenerationEU can help the education sector.

Finally, she welcomed the new 'Education for Climate Coalition': “With this coalition we want to bring some of the energy from the streets to all our class rooms. We want to mobilise the entire education community to support the goals of climate neutrality and sustainable development.” Read the full speech online.

#Coronavirus - British universities should not reopen in September, says union

British universities should scrap plans to reopen in September to prevent travelling students from fuelling the country’s coronavirus pandemic, a union said, calling for courses to be taught online. Prime Minister Boris Johnson’s government has come under fire over its moves to restart education, especially after a row over exam results for school students and a failed attempt to bring all pupils back to their classes earlier this year, writes Elizabeth Piper.

Johnson has been calling on Britons to return to something more akin to normality after the coronavirus lockdown, calling on workers to return to offices to help the economy recover from a 20% contraction in the April-June period.

But the University and College Union (UCU) said it was too early to send students back to universities, warning they could be blamed if cases of COVID-19 increased. “Moving a million plus students around the country is a recipe for disaster and risks leaving ill-prepared universities as the care homes of a second wave,” UCU general secretary Jo Grady said in a statement. “It is time for the government to finally take some decisive and responsible action in this crisis and tell universities to abandon plans for face-to-face teaching,” she said, urging the government to move all teaching online for the first term.

Stephen Barclay, chief secretary to the Treasury (finance ministry), said he did not agree with the argument. “I think universities like the rest of the economy need to come back and students need to be able to do so,” he told Times Radio. Several universities say they are ready to reopen next month after weeks of preparation and some students say they have already spent money on such things as housing in preparation for the new term.

The Commission has proposed Erasmus+ funding for five new Platforms of Centres of Vocational Excellence, to meet the needs of an innovative, inclusive and sustainable economy. Funded through Erasmus+ for a maximum budget of €4 million each, the platforms will be active in sectors such as green innovation and urban greening, microelectronics, and the furniture and wood sector.

They will also support major European priorities such as the digital and green transitions, sustainable growth, and the social inclusion of individuals belonging to disadvantaged groups. Selected from among 55 applications, the five newly-selected Platforms of Vocational Excellence involve 167 partner organisations from 17 member states and 4 other countries participating in the Erasmus+ programme.

The chosen projects respond to a changing labour market and are aligned with the priorities of the European Skills Agenda and the Commission proposal for a Council recommendation on Vocational Education and Training for sustainable competitiveness, social fairness and resilience presented on 1 July. The press release is available here.