The oceans and seas cover 71% of the earth's surface and are the largest absorber of the sun's energy. If the kinetic energy produced through the constant movement in our oceans and seas together with the absorbed thermal energy from the sun every day could be liberated, humanity could release an unlimited energy supply that could power the world forever.

There is no doubt that conventional energy costs will keep increasing without relent and the UK and EU must change its thinking on energy policy to one of future continual sustainability. If not, in the not too distant future, the majority of people and businesses will not be able to pay for their energy and even worse, the lights without the proper foresight, will go off for the many.

That is a simple fact of life as living standards and wages diminish in real terms throughout the EU and where inevitably this economic knock-on affect reduces the propensity for EU businesses to operate and trade. Indeed it will not be that long when in the UK the pound is devalued in my mind due to external influences that the British people have no control over. Spiralling energy costs being just one facet of this unfolding picture in the UK and ultimately in the long-term where this will spill over into the Eurozone with a probable future devaluation of the EURO as well.

For the recent unsustainable energy increases in the UK and those throughout the EU show that energy costs are becoming one of the major problem for sustainability for the people of Europe.

In this respect as people and businesses are totally reliant upon electricity as the lifeblood of all modern economies and without it economies will fail, change has to happen and not just mere words through the EU's political rhetoric. Indeed the Eurozone cannot continue to be totally reliant upon imported energy as this will just be sheer madness in the long run and where we have to start looking to other forms of electricity generation. There is no question that the seas and the oceans can and will provide 24/7 of our energy needs at a low cost in perpetuity and where this is unlike wind and solar cells that are limited energy providers; creating electricity only through infrequent environmental forces (no more than a maximum of 25% energy production daily with 75% energy inefficiency) and the sun’s energy during only daylight respectfully. Indeed these energy sources will never give humanity 24/7 energy supplies and where only the sea and oceans can do this. The other major advantage is that maintenance costs of hydro power schemes are extremely low once they are built and where these energy schemes would give the EU all the energy security that they would ever need. To date the EU has spent a very small amount on harnessing the power of the seas and oceans compared to the vast sums from the people’s taxation that have been invested in all the other energy sources; many with low energy returns compared to the potential available and with high long-term maintenance costs.

Therefore when one studies all the alternatives that are available it becomes clear that our seas around and inside Britain and the EU can only be the long-term solution to our energy problems and needs. For this energy is relatively cheap and free at the point of conversion, neither reliant upon world markets of supply and demand, and the profits of the large energy companies and their shareholders.

As a prime example of the political complacency across the EU, I cite a private sector project in the UK, the Western Water Highway. This scheme alone costed by AMEC the major international contractor, would provide between 10% and 20% of the UK’s total electricity needs through hydro power. Unfortunately for Britain their politicians are still living in the ‘dark ages’ and cannot see the woods for the trees. For this mega-project and others that have been conceived privately by British inventors and engineers (not government nor Whitehall and that is where the problem lies) are never given the light of day within any energy discussions. For it appears that government would prefer the British people and businesses to pay out in excess of one hundred billion every year in fossil fuel payments instead of using long term thinking investing in viable alternatives.

Indeed, a little common sense is needed to see that in the long-term continually and increasing high fossil fuel payments are sheer madness...and unfortunately it has to said will get far worse. In this respect also wind and solar when viewed against the continual 24/7 power of the seas and oceans was definitely not the right political energy decision, as eventually we shall have no alternative but to revert back to the seas and oceans for our long-term sustainable energy needs. But why not do it now is my big question and stop all this wasted investment in alternative low energy conversion energy sources that give little back and will eventually cost and arm and leg to maintain…and all at the cost of the people of the EU. For in the final analysis we will inevitably have no alternative but to go to the seas and oceans for our sustainable energy needs to preserve our way of life. Indeed in this respect the sooner that our political classes realise this the better it will be for the EU’s future and its ultimate survival.

For ultimately when the Almighty created the world he or she made the seas and the moon for a multitude of purposes in my mind. One of the main purpose in part and the long-term was to produce relatively free energy that humanity can harness and use at will to sustain itself.For in this respect also we as a species came from the sea and oceans and that is where our future destiny resides in all many ways…energy security and its control being a primary one if all truth be told. 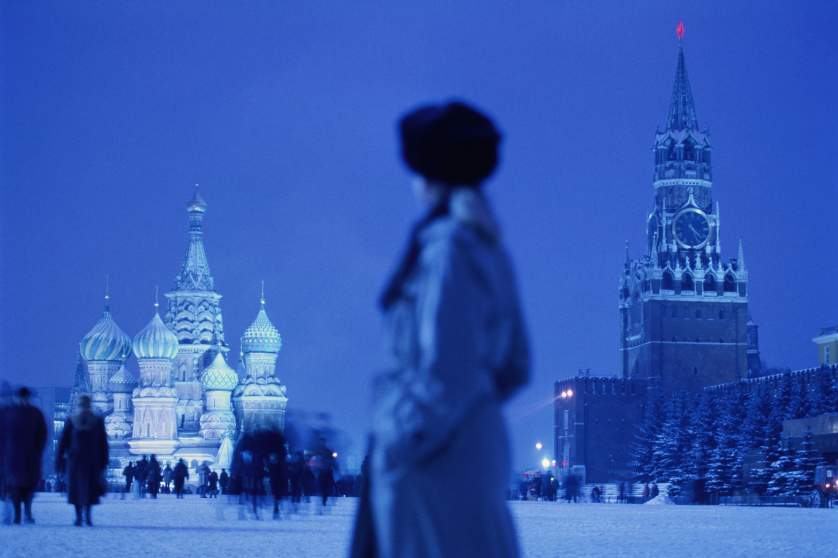 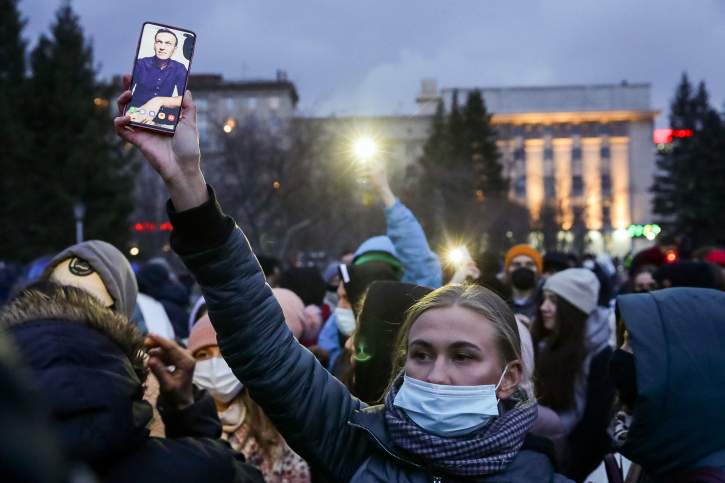 “We need an overhaul of Europe's policy vis-à-vis Russia. We must deter Russian threats, contain Russian interference within the EU and its neighbourhood and strategically support pro-democratic forces in Russia. We have to work on the assumption that change is possible in this country and that ‘democracy first’ is our first task in our relations with Russia. Russia can be a democracy,” said Andrius Kubilius MEP of EPP ahead of the 14 September plenary debate on the future of EU-Russia political relations.

A parliamentary Report, which Kubilius authored and which will be put to vote today (15 September), stresses that Europe should engage with Moscow on issues of common interest, such as arms control, peace building, global security or climate change. Such cooperation should, however, be strictly conditioned by the Kremlin’s willingness to observe human rights and international laws. “The cooperation in certain specific fields should not lead to any concessions on the EU’s values and should never disregard the implications for our partners. We need more courage in taking a strong stance vis-à-vis the Kremlin regime to defend human rights. We must make sure that any further engagement with the Kremlin depends on Mr Putin’s willingness to end aggressions, repressions and intimidations inside and outside Russia,” underlined Kubilius.

The report further stresses that the EU must be prepared to not recognise the Russian Duma and to suspend the country from international parliamentary assemblies, including that of the Council of Europe, in case this week's parliamentary elections in Russia are recognized as fraudulent. “People in Russia must have the right of choice, like people in any other democratic country. When key opposition players and opponents of the Russian ruling party are in prison or under house arrest, then there is no choice. The Kremlin’s continuous repression of all opposition candidates, free media or NGOs undermines the legitimacy and fairness of the elections. We reiterate that the opposition leader Alexei Navalny must be released as well as all those who supported him during peaceful protests,” concluded Kubilius. 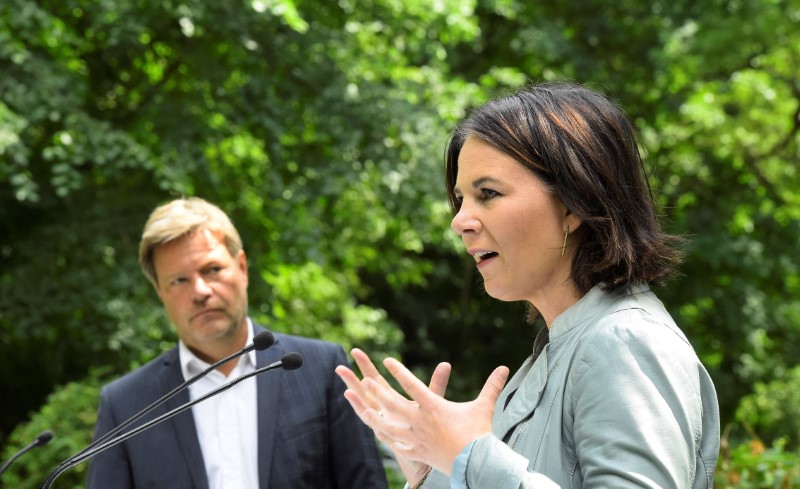 The co-leader of Germany's Greens on Sunday (8 August) defended the party's candidate for chancellor at next month's federal election, and brushed off suggestions that he should replace her after she made a string of costly mistakes, writes Paul Carrel, Reuters.

The ecologists briefly surged in the polls to overtake Chancellor Angela Merkel's conservative bloc after they named Annalena Baerbock (pictured) as their chancellor candidate in April, but have since waned.

Baerbock's error-strewn campaign has included mistakes in her resume and a scandal over a Christmas bonus payment that she failed to declare to parliament. Baerbock has also said that sexist scrutiny is holding her back. Read more.

"Ms Baerbock is suitable for the office of chancellor, and our task is to ensure that the Greens are strong," the party's co-leader, Robert Habeck, told broadcaster ZDF in an interview.

Asked whether the Greens should replace Baerbock with him as their chancellor candidate, Habeck responded: "No, that's not a debate."

Adding to the Greens' woes, the party will be excluded from the ballot in the state of Saarland in the Sept. 26 national election due to irregularities in the selection of regional candidates following internal squabbling.

"The Greens campaign had a few problems but ... I'm looking forward to August and September," said Habeck, who is party co-leader with Baerbock. "Everything is possible."

An opinion poll published earlier on Sunday showed the left-leaning Social Democrats (SPD) drawing level with the Greens on 18%, behind Merkel's conservatives on 26%. Merkel, in power since 2005, plans to stand down after the election. Read more.

The INSA poll showed that in a hypothetical direct vote for chancellor, SPD candidate Olaf Scholz was well ahead, with 27% support. Conservative Armin Laschet languished on 14%, one point ahead of Baerbock, on 13%. 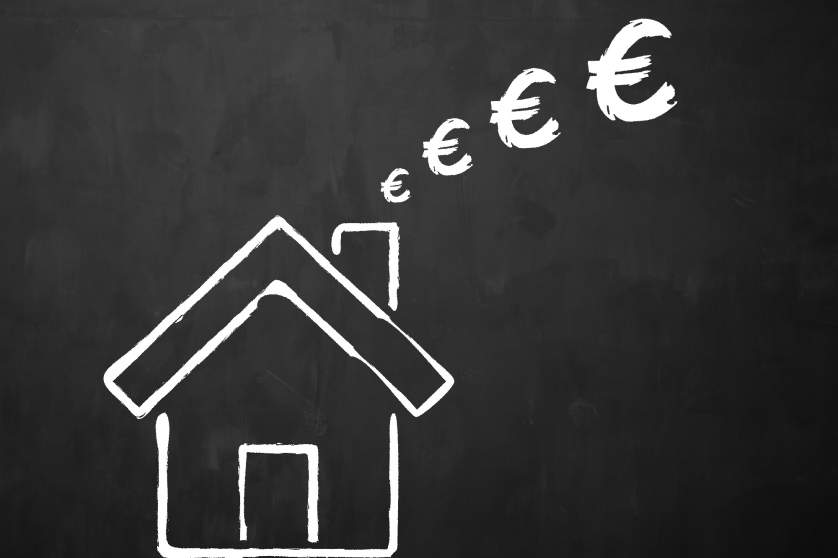 The EPP Group wants Europe to become climate-neutral by 2050. "This far-reaching transformation of our economies and societies must be done in a smart way, because we want to fight climate change with innovation, competitiveness and European jobs. We want to turn the necessary transformation into an opportunity. We want de-carbonization, not de-industrialization! We do not only want to set targets, but find the best way for Europe to reach these targets, with special focus on hydrogen and in certain cases, gas, as a transition technology," said Esther de Lange MEP, vice chairwoman of the EPP Group in charge of economy and environment.

Her statement comes ahead of the European Commission's presentation of the so-called ‘Fit for 55’ package, a mammoth law package of energy and climate laws aimed at translating the 55% CO2 reduction goal into concrete new rules for transport, industry, buildings and other sectors.

"We must be very watchful about who foots the bill for the Green Deal. It cannot be low-income families, middle class home owners or car owners in rural areas without public transport who have to pay the highest bill," added de Lange, explaining that the EPP Group wants a credible social instrument to address heating and mobility poverty within and between member states.

The EPP Group wants to promote clean cars. "We want to prioritize the development of clean vehicles, electric mobility and zero-emission fuels. We do not want the debate about CO2 emissions from cars to turn into another ideological battle of dogmas. Europe's car industry must retain its global competitiveness and must remain technology leaders and trendsetters for clean cars for Europe and the rest of the world. Much will also depend on the roll-out of charging infrastructure. The EPP Group therefore insists on regular Commission reporting on progress made here and its implications for the realization of the CO2 reduction targets," de Lange concluded.