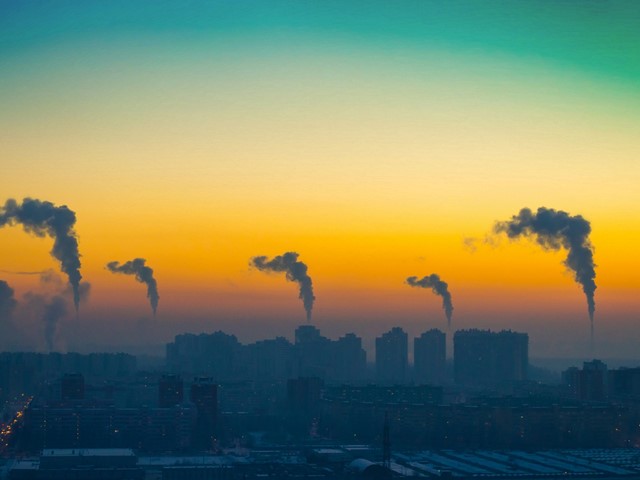 Advertisement
Share this article:
Related Topics:Czechiaeustate aid
Up Next 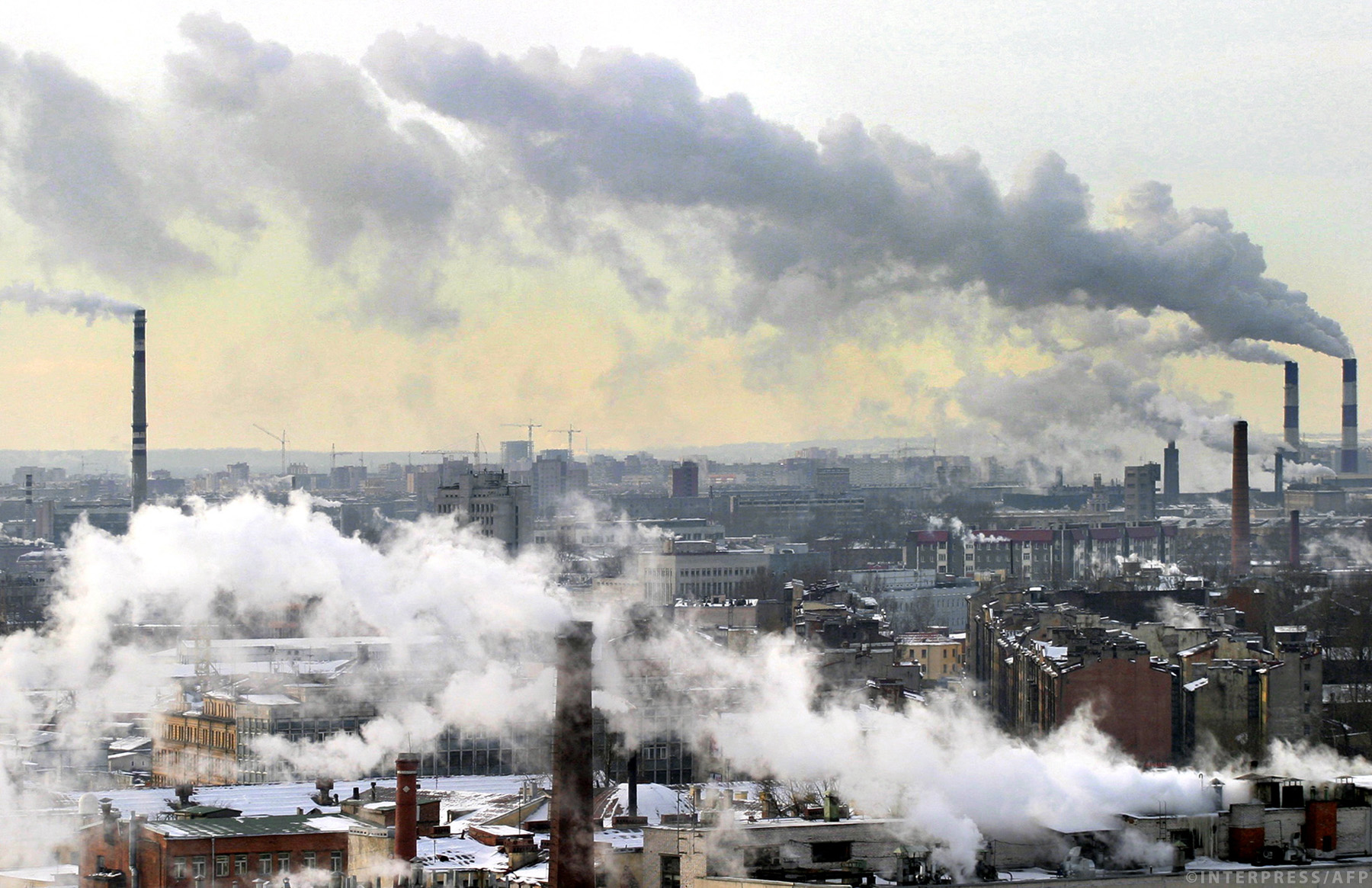 The European Commission has found that a budget increase of €88.8 million (DKK 660m), made available through the Recovery and Resilience Facility (RRF) for an existing Danish scheme to reduce greenhouse gas emissions from farming, is in line with EU State aid rules. The increased budget to be funded via the RRF, following the Commission's positive assessment of the Danish recovery and resilience plan and its adoption by Council, (SA.63890) is allocated to an existing Danish scheme (SA. 58791) already approved by the Commission on 21 May 2021.

The measure will be in place until 31 December 2026, and had an initial budget of €238m (DKK 1.8 billion). The primary objective of this scheme is to contribute to the Danish target to reduce greenhouse gas emissions by 70% by 2030, compared to 1990 levels. The aid will contribute to removing carbon-rich farmland from production and subsequently to transforming the land into nature areas by restoring its natural hydrology through the disconnection of drains and re-wetting of the land. The existing scheme was assessed based on its compliance with EU guidelines for state aid in the agricultural and forestry sectors and in rural areas, which allow aid to facilitate the development of certain economic activities – in this case the reduction of greenhouse gas emissions from farming. The Commission has now concluded that the additional funding allocated to the existing Danish scheme through the RRF does not change the initial assessment of the scheme, which remains in line with EU State aid rules. All investments and reforms entailing State aid contained in the national recovery plans presented in the context of the RRF must be notified to the Commission for prior approval, unless covered by one of the State aid block-exemption rules, in particular the General Block Exemption Regulation (GBER) and, for the agricultural sector, the Agricultural Block Exemption Regulation (ABER).

The Commission will assess such measures as a matter of priority and has provided guidance and support to member states in the preparatory phases of the national plans, to facilitate the rapid deployment of the RRF. At the same time, the Commission makes sure in its decision that the applicable State aid rules are complied with, in order to preserve the level playing field in the Single Market and ensure that the RRF funds are used in a way that minimises competition distortions and do not crowd out private investment.

The non-confidential version of the decision will be made available under the case number SA.63890 in the state aid register on the Commission's competition website once any confidentiality issues have been resolved.

Provisional monitoring data, published on 29 June, shows that the average CO2 emissions of new cars registered in the EU, Iceland, Norway and the UK in 2020 have decreased by 12% compared to 2019. This is by far the greatest annual decrease in emissions since CO2 standards started to apply in 2010. It coincides with the phase in of stricter CO2 emissions standards for cars as of January 1, 2020. For the period 2020-2024, the Regulation sets the EU fleet-wide CO2 emission targets at 95 gCO2/km for newly registered cars and at 147g CO2/km for newly registered vans. The main reason for this sharp decrease of CO2 emissions was the surge in the share of electric vehicle registrations, which tripled from 3.5% in 2019 to over 11% in 2020.

Despite the shrinking overall market for new cars due to the COVID-19 pandemic, the total number of electric cars registered in 2020 still increased, reaching for the first time over 1 million a year. The average CO2 emissions from new vans sold in the EU, Iceland, Norway and the United Kingdom in 2020 also slightly decreased. The provisional data shows that European legislation on CO2 emissions standards continues to be an effective tool for reducing CO2 emissions from cars and vans, and that the shift to electro-mobility is underway.

Vehicle manufacturers have three months to review the data and may notify the Commission if they believe there are any errors in the dataset. The final data, to be published at the end of October 2021, will be the basis for the Commission to determine manufacturers' compliance with their specific emission targets, and whether any fines are due for excess emissions. The revision of the current CO2 emissions standards to align them with the EU's higher new climate ambitions will be part of the Commission's Fit for 55 proposals, due for adoption on 14 July. For more information please see here.

The European Parliament is discussing a carbon levy on imported goods to stop companies moving outside the EU to avoid emissions standards, a practice known as carbon leakage. Society.

As European industry struggles to recover from the Covid-19 crisis and the economic pressure due to cheap imports from trading partners, the EU is trying to honour its climate commitments, whilst keeping jobs and production chains at home.

Discover how the EU’s recovery plan prioritizes creating a sustainable and climate-neutral Europe.

EU efforts to reduce its carbon footprint under the European Green Deal and become sustainably resilient and climate neutral by 2050, could be undermined by less climate-ambitious countries. To mitigate this, the EU will propose a Carbon Border Adjustment Mechanism (CBAM), which would apply a carbon levy on imports of certain goods from outside the EU. MEPs will put forward proposals during March's first plenary session. How would a European carbon levy work?

Given the risk of more polluting sectors relocating production to countries with looser greenhouse gas emission constraints, carbon pricing is seen as an essential complement to the existing EU carbon allowances system, the EU's emissions trading system (ETS). What is carbon leakage?

Under the current emissions trading system (ETS), which provides financial incentives to cut emissions, power plants and industries need to hold a permit for each tonne of CO2 they produce. The price of those permits is driven by demand and supply. Due to the last economic crisis, demand for permits has dropped and so has their price, which is so low that it discourages companies from investing in green technologies. In order to solve this issue, the EU will reform ETS.

What the Parliament is asking for

The new mechanism should align with World Trade Organisation rules and encourage the decarbonization of EU and non-EU industries. It will also become part of the EU's future industrial strategy.

By 2023, the Carbon Border Adjustment Mechanism should cover power and energy-intensive industrial sectors, which represent 94% of the EU's industrial emissions and still receive substantial free allocations, according to MEPs.

They said that it should be designed with the sole aim of pursuing climate objectives and a global level playing field, and not be used as a tool to increase protectionism.

MEPs also support the European Commission proposal to use the revenues generated by the mechanism as new own resources for the EU's budget, and ask the Commission to ensure full transparency about the use of those revenues.

The Commission is expected to present its proposal on the new mechanism in the second quarter of 2021.

Learn more about the EU's responses to climate change.