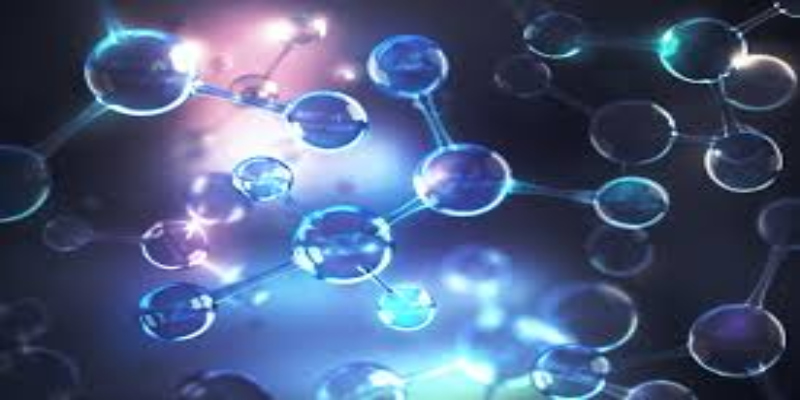 A new report highlights the “sizeable contribution” that nuclear-produced hydrogen, using electrolyzer technology, could have in the development of the hydrogen economy.

It goes on to caution though that the realisation of those benefits will depend on the adoption of technology-neutral policies which “do not discriminate against nuclear power.”

The authors say the study makes a clear case for technology-neutrality in policies designed to boost the clean hydrogen sector, which would acknowledge that both renewable energy and nuclear power are low-carbon sources of hydrogen production and should be treated equally.

The research, titled ‘On the Role of Nuclear Power in the Development of a European Hydrogen Economy’, was published by the New Nuclear Watch Institute (NNWI) today (16 December).

It finds that per unit of installed electrolyser capacity, nuclear power can produce 5.45 and 2.23 times as much clean hydrogen as solar and wind power, respectively. The report highlights that the land area required to produce hydrogen using nuclear power is considerably lower than that required by renewable energy sources.

Using a hypothetical example it demonstrates that an offshore wind farm would require 1,400 times as much land area to produce as much hydrogen as a traditional GW-scale nuclear power plant.

Commenting on the study’s findings, Tim Yeo, Chairman of NNWI, said: “This report shows how using nuclear power rather than intermittent renewable energy to produce hydrogen allows electrolyser technology to operate at a far higher capacity factor and so provide a stronger stimulus to the development of a robust hydrogen economy. Choosing nuclear is a no brainer for any government wanting to ramp up hydrogen production quickly.”

The new report also explores the possible future development of EU hydrogen policy, taking into consideration the European Commission’s ‘A Hydrogen Strategy for a Climate-Neutral Europe’ published in July 2020.

It states that the EU’s decision to set its long-term aim on purely ‘renewable hydrogen’ production, at the expense of other ‘low-carbon’ sources of production such as nuclear power, may also delay investment in the associated infrastructure required by a broad-based hydrogen economy.

Yeo adds: “Nuclear power could play a significant role in the near-term development of the hydrogen market.

“The report indicates that based on the global fall in nuclear production due to the COVID-19 pandemic, spare capacity in Europe could be harnessed to produce more than 286,000 tonnes of clean hydrogen at relatively low cost, which could cut CO2 emissions by 2.8 million tonnes a year, compared with the widely-used natural gas method”.

The report’s key conclusions say that:

Hydrogen can be a vital tool in the decarbonisation of energy systems, offering many sectors and subsectors a means by which to eliminate their emissions, if its own production can be comprehensively decarbonised;

The EU strategy favours renewable hydrogen as a long-term desired goal with limited commitment to other forms of low carbon hydrogen;

The global pandemic provides an opportunity to use the spare capacity of nuclear power to produce hydrogen and accelerate the development of a European hydrogen economy.

NNWI is an industry supported think-tank, focused on the international development of nuclear energy as a means for governments to safeguard their long-term sustainable energy needs. It believes that nuclear is vital to achieving binding Paris Climate Agreement objectives and tackling the challenge of climate change.

President von der Leyen at the European Parliament plenary: 'Let us start as soon as possible with the vaccination'

Bulgaria should designate Hezbollah in its entirety as a terrorist organization 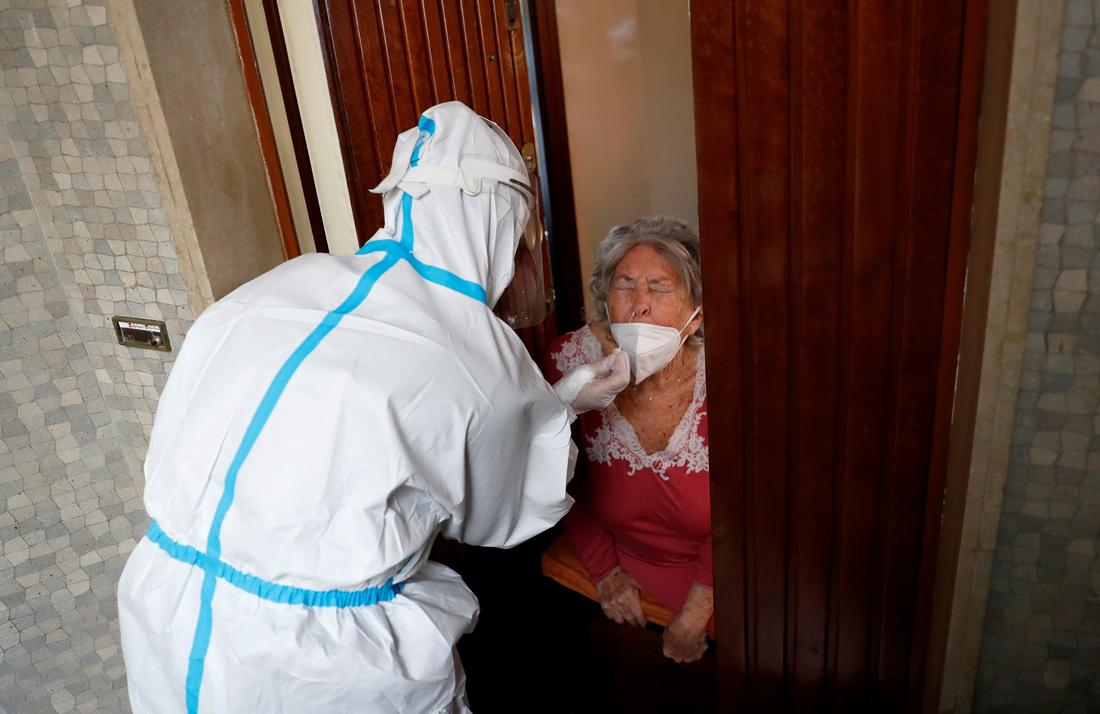 The Parliament hearing on 'Facing the sixth mass extinction and increasing risk of pandemics: What role for the EU Biodiversity Strategy for 2030' will be held today (14 January).

Organized by the Committee on Environment, Public Health and Food Safety, the hearing will address the loss of biodiversity and the extent to which this increases the risk of pandemics due to change in land use, climate change and wildlife trade. The role that the EU Biodiversity Strategy for 2030 could play in countering biodiversity loss and in increasing the EU’s and the global commitment to biodiversity will be discussed.

The detailed programme is available here.

You can follow the hearing live here from 9h today.

On Thursday afternoon, Members will discuss the draft report by rapporteur César Luena (S&D, ES) which responds to the Commission's Biodiversity Strategy for 2030 and welcomes the level of ambition in the strategy. The draft report underlines that all main direct drivers of change in nature must be addressed and expresses concern about soil degradation, the impact of climate change and the declining number of pollinators. It also addresses the issues of funding, mainstreaming and the governance framework for biodiversity, calls for a Green Erasmus programme focused on restoration and conservation, and emphasises the need for international action, including with regard to ocean governance.

You can follow the committee meeting live here from 13h15. 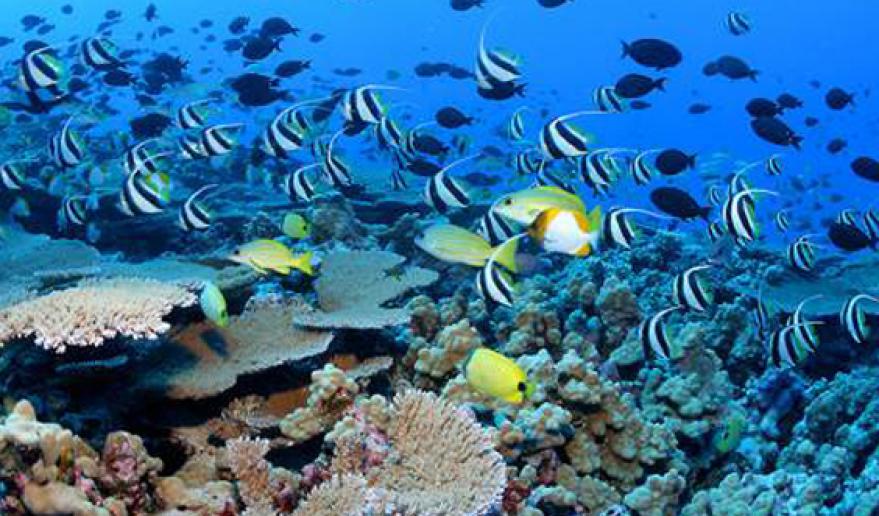 On 11 January, European Commission President Ursula von der Leyen, took part in the ‘One Planet Summit' for biodiversity, via videoconference. In her speech, President von der Leyen emphasized that "2021 will be the year when the world turns over a new leaf for our planet” at the COP15 for nature in Kunming, in May this year. She called for an “ambitious, global and game-changing Paris-style agreement” to be drawn up at the COP15, since this concerns not only sustainable development, but also equality, security, and quality of life. The President reiterated Europe's willingness to show the way and bring as many partners as possible on board, while leading by action and ambition at home. President von der Leyen also spoke about the link between biodiversity loss and COVID-19: “If we don't urgently act to protect our nature, we may already be at the beginning of an era of pandemics. But we can do something about it. It needs concerted global action and local sustainable development. And just as we cooperate for our 'One Planet' we need to work together for our 'One Health'.”

Speaking at the summit hosted by France, the United Nations and the World Bank, Ursula von der Leyen set out how the Commission is working to preserve biodiversity: “This shows that turning over a new leaf for nature all comes down to local action and global ambition. This is why, with the European Green Deal, we are stepping up our own action and ambition - both locally and globally. And the new, greener Common Agricultural Policy will help us protect livelihoods and food security - while we protect our nature and our climate.” Finally, she reminded participants of Europe's “duty to ensure that our Single Market does not drive deforestation in local communities in other parts of the world.”

Watch the speech here, read it in full here. Learn more about the Commission's work to protect our planet's biodiversity here.

The European Union, environmentalist and Academy Award®-winning actor Leonardo DiCaprio and the Global Wildlife Conservation (GWC) have launched two initiatives worth €34 million to better protect the planet in 2021. The first initiative is a Rapid Response for Ecosystems, Species and Communities Undergoing Emergencies (Rapid RESCUE) that will provide a quick answer to emerging biodiversity threats. The second aims to safeguard Virunga National Park in the Democratic Republic of the Congo, the most biodiverse protected area on the African continent, helping to reintroduce eastern lowland gorillas and other threatened species.

Both initiatives exemplify the EU's commitment to delivering the EU's Green Deal around the world and GWC's mission to conserve the diversity of life on Earth.

International Partnerships Commissioner Jutta Urpilainen said: “Biodiversity is under threat all over the world; the ongoing pandemic has only highlighted even more that protecting precious ecosystems is crucial for wildlife to flourish. Our own existence depends on this. I am glad GWC with Leonardo DiCaprio and the European Union are teaming up to increase our efforts in protecting biodiversity and securing a green recovery for people and planet after the COVID-19 crisis.”

EU total funding for biodiversity and ecosystems through international cooperation stands up to €1 billion for the funding period 2014-2020. The European Union is also Virunga National Park's longest and most important donor, with €83 million in grants since 2014. More information is available in the press release. For more details, please consult the dedicated websites on the EU global action on preserving ecosystems and biodiversity and EU Response to COVID-19 Crisis.