Scotland Yard detectives are scoping an investigation into a London based Russian oligarch over alleged links to money laundering.Officers were brought into the inquiry after detailed financial information was passed to the UK’s National Crime Agency (NCA).The NCA leads the fight against money laundering both at home and abroad - writes Philip Braund. 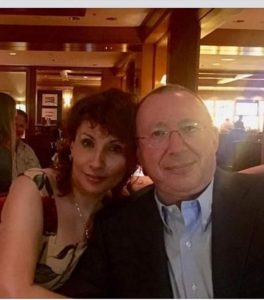 It’s believed that legal experts have found up to 15 courts cases, heard in America over recent years, showing a similar line of attack by Mr Gusinsky’s lawyers – namely, a breach of duty by former directors.

The cases follow a similar course: Mr Gusinsky and his US legal team comb through the legal documents of US companies – in particular those up for sale.They spot a legal problem that might affect shareholders and cost them money.

The Vladimir Gusinsky Revocable Trust (VGRT) files an action against the company and proceedings start.But the matter is dropped quickly, settled or voluntarily dismissed, and any monies paid into court or fees paid to lawyers on account are returned – minus costs – to the Trust.For example, last year the VGRT took action on behalf of the shareholder of USG Corp against the company and its directors for allegedly violated federal securities law. The Trust claimed USG published a misleading proxy statement for the company, pending a $7 billion acquisition by a German rival.

It argued there was not enough detail about the sale which, in turn, allegedly affected the value of the company for purchase.

The case was dismissed after an out of court settlement.

In an earlier case, heard in the same Delaware court and with the same Gusinsky lawyers - Rigrodsky & Long –VGRT took on KLX Inc.

The Trust contended KLX Inc filed misleading statements in connection with the proposed $3.25 billion sale of its aviation parts and services business to aerospace giant Boeing.

The Trust asked the court to halt the sale.

Once again, the case was voluntarily dismissed after lawyers reached an out of court settlement.

The use of litigation to launder money is not new.

It was used for a time in the UK before Judges became wary of the risks.

As a claimant to a claim it is easy to lodge a huge sum of money with eager and grateful lawyers in the expectation that they will run a case for two to three years.

Equally, it is open to a claimant to pay money into court either as an offer or as a bond or security for bringing the claim.

Once the case is settled, and the earlier the better, the money is paid out back to the client either by the lawyers or better still the court.

It is effectively “cleansed” for any source of funds purposes anywhere in the world.

A source, formerly part of and close to the UK law enforcement agencies, commented:

“This kind of activity potentially gives ‘gold standard’ source of funds verification for banks as the money comes either from a lawyer’s client account or from the court itself.

“The practice was first spotted in the UK more than 10 years ago when money was paid into court as an offer to settle.

“No source of funds checks was made on money paid into court.

“Once lodged at court, corrupt parties could make a fake settlement of their claim and ask that the money be paid out of court to the “winner”.

“Money paid from the High Court in London, which operated an account at the Bank of England, was as clean as you could wish.”

It is not known if this is what Mr Gusinsky has done and it is possible that the Trust which has brought the US claims acts independently of him.

It would however be a remarkable coincidence.

Mr Gusinsky, 64, is a serial litigator.

But Mr Gusinsky is already under investigation in the Cayman Islands after his company New Media Distribution Company went bust.

He’d promised to the London International Court of Arbitration last year to use a £5 million plus settlement in a different case to pay-off a bank [ East West Bank United] to which he owed money.

Lawyers instead put the money into the NMDC account in the Cayman Islands – but days later it had “disappeared”.

Mr Gusinsky claims it had been used to pay four “consultants” to the company for their “talent”.

He then promptly closed NMDC by having it wound up.

The NMDC accounts are now supposedly being forensically investigated by the liquidators FTI Consulting.

The London Globe contacted FTI Consulting both in London and the Cayman Islands about the liquidation of NMDC.

We asked if the money paid from the London litigation, and pledge to East West, was paid to Mr Gusinsky?

If not, who were the “four talented” consultants who were paid?

Did they invoice NMDC?

“Further to your enquiry, I can confirm that we are appointed as the Joint Official Liquidators of NMDC by the Grand Court of the Cayman Islands.

He claimed he had a production deal with the Kremlin that was sanctioned by Russian President Vladimir Putin.

Gusinsky would call this his “unbreakable agreement” – an arrangement that would guarantee him endless commissions and money for his broadcast dramas.

He lives in St Moritz, Switzerland and his family resides in Connecticut, America.

What’s behind the decline in #Bees and other #Pollinators