The UK has said it is "seriously concerned" about whether a British teenager convicted of lying about being gang-raped in Cyprus received a fair trial. The Foreign Office said the UK will raise the issue with Cypriot authorities after the 19-year-old woman was convicted of public mischief at Famagusta District Court, in Paralimni, on Monday (30 December).

She was found to have falsely alleged that she was attacked by up to 12 Israeli tourists in a hotel room in the party town of Ayia Napa on 17 July. The teenager was charged and the dozen young men, aged between 15 and 20, arrested over the incident were freed after she signed a retraction statement 10 days later. cyprusprotests301219.jpg Activists outside court after a British woman was found guilty of faking a gang rape claim (AFP via Getty Images) The woman, who had been due to go to university in September, claimed in court she was raped but forced to change her account under pressure from Cypriot police.

She has been on bail since the end of August, after spending a month in prison, and could face up to a year in jail and a €1,700 (£1,500) fine when she is sentenced on January 7. But her mother told ITV News: "It would be an absolute injustice if they decide to imprison her for any more days than the four-and-a-half weeks she's already spent in prison."

She said her daughter has had to remain on the island and is "effectively in a gilded cage" because her bail conditions prevent her from leaving and described the verdict as "absolutely astonishing".

Judge Michalis Papathanasiou said he believed she had made false allegations because she felt "embarrassed" after realising she had been filmed having sex in a video found on some of the Israelis' mobile phones. "The defendant gave police a false rape claim, while having full knowledge that this was a lie," he said. "There was no rape, or violence, and police had carried out a thorough investigation making all necessary arrests."

The teenager was mobbed by photographers and camera operators as she left court with her face covered alongside her mother. Both were wearing white scarves around their faces depicting lips sewn together - brought by protesters from the Network Against Violence Against Women, who filled the court and demonstrated outside.

Defence lawyer Nicoletta Charalambidou told reporters they plan to appeal against the verdict. "The decision of the court is respected," she said. "However, we respectfully disagree with it. We believe there have been many violations of the procedure and the rights of a fair trial of our client have been violated. "We are planning to appeal the decision to the Supreme Court... and if justice fails in our country we are planning to take our case to the European Court of Human Rights."

None of the Israelis gave evidence during the trial and the woman's legal team criticised the judge's refusal to consider evidence of the alleged rape. Her lawyers said the video found on some of the Israelis' mobile phones showed her having consensual sex with one of the group while others try to enter the room as she tells them to leave. A Foreign Office spokesman said: "The UK is seriously concerned about the fair trial guarantees in this deeply distressing case and we will be raising the issue with the Cypriot authorities."

Related Topics:Cypruseufeaturedfull-imageUK
Advertisement
Up Next

#Ukraine - Statement by spokesperson on exchange of detainees 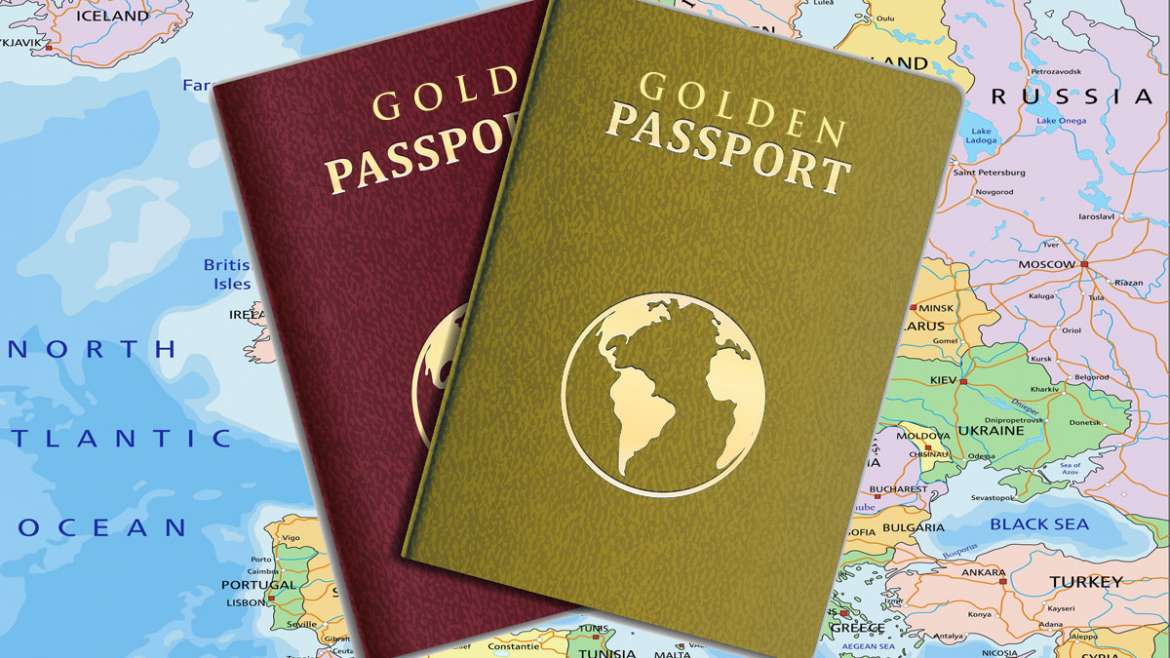 The European Commission is launching infringement procedures against Cyprus and Malta by issuing letters of formal notice regarding their investor citizenship schemes, also referred to as ‘golden passport' schemes. The Commission considers that the granting by these member states of their nationality – and thereby EU citizenship – in exchange for a pre-determined payment or investment and without a genuine link with the member states concerned, is not compatible with the principle of sincere co-operation enshrined in Article 4(3) of the Treaty on European Union.

This also undermines the integrity of the status of EU citizenship provided for in Article 20 of the Treaty on the Functioning of the European Union. The Commission considers that the granting of EU citizenship for pre-determined payments or investments without any genuine link with the Member States concerned, undermines the essence of EU citizenship. The Cypriot and Maltese governments have two months to reply to the letters of formal notice. If the replies are not satisfactory, the Commission may issue a Reasoned Opinion in this matter. The full press release is available online.

Commission approves €500,000 Cypriot scheme to support pig sector in the context of the #Coronavirus outbreak

The European Commission has approved a €500,000 Cypriot scheme to support the pig sector in the context of the coronavirus outbreak. The scheme was approved under the State Aid Temporary Framework. The public support, which will take the form of direct grants, will be open to any natural or legal person who owns or manages a pig unit in which breeding sows are reared.

The Commission found that the Cypriot scheme is in line with the conditions of the Temporary Framework. In particular, (i) the aid does not exceed €100,000 per beneficiary as provided by the Temporary Framework for undertakings active in the primary agricultural sector and (ii) the scheme will run until 31 December 2020.

The Commission concluded that the measure is necessary, appropriate and proportionate to remedy a serious disturbance in the economy of a member state, in line with Article 107(3)(b) TFEU and the conditions set out in the Temporary Framework. On this basis, the Commission approved the measures under EU state aid rules. More information on the Temporary Framework and other actions taken by the Commission to address the economic impact of the coronavirus pandemic can be found here.

The non-confidential version of the decision will be made available under the case number SA.58340 in the state aid register on the Commission's competition website once any confidentiality issues have been resolved.

#Erdogan says no threats can deter #Turkey operations in #Mediterranean

Greece and Cyprus are locked in a dispute with Turkey over overlapping claims to areas potentially rich in resources. Two Turkish survey vessels are in areas claimed by the three countries. On Tuesday, Cyprus said it was willing to engage with all its neighbours on defining maritime boundaries.

“Turkey is determined to seek its rights in the eastern Mediterranean until the end,” Erdogan said in a speech in Ankara. “No colonialist power or threat can deter our country from the oil and natural gas resources believed to be in the region,” he said, adding Ankara wanted to solve the dispute through dialogue and diplomacy, rather than escalate tensions.

President von der Leyen at EU Green Week 2020: On the way to Kunming