On 2 March, the Commission launched the first European campaign for declared work. The initiative intends to raise awareness amongst workers, companies and policymakers that undeclared work does not pay off. It deprives workers of social protection, it distorts competition between businesses, and it leads to huge gaps in public finances. A new Special Eurobarometer illustrates the scale of the problem: 1 in 10 Europeans report they have purchased goods or services in the past year that might have derived from undeclared work.

A third of Europeans know somebody who works undeclared. The Commission will work hand in hand with the European Platform tackling undeclared work and the European Labour Authority.

Jobs and Social Rights Commissioner Nicolas Schmit said: “All work matters. All workers deserve their social rights. By launching this campaign today, we want workers, companies, and governments to come together in recognizing the benefits of declared work. The EU is stepping up efforts in tackling undeclared work, encouraging cooperation between member states and raising awareness throughout Europe. Together we can make undeclared work a thing of the past.”

The press release is available here.

Commission reports on progress made by #Albania and #NorthMacedonia 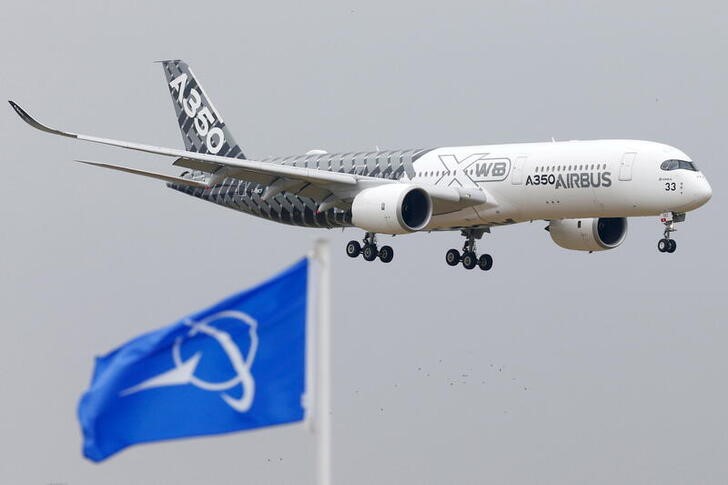 The European Commission has proposed that 297 dismissed Airbus workers in France, who lost their jobs due to the pandemic, will be supported with €3.7 million from the European Globalisation Adjustment Fund for Displaced Workers (EGF). The funding will help them find new jobs through advice on how to start their own business and start-up grants.

Jobs and Social Rights Commissioner Nicolas Schmit said: “Especially in times of crisis, EU solidarity is crucial. Through the European Globalization Adjustment Fund, we will empower 297 people in the aeronautic sector in France who lost their jobs due to the COVID-19 pandemic to relaunch their careers with targeted advice on business creation and grants to help them set-up their own company.”

The COVID-19 pandemic and related travel restrictions hit the aeronautic sector hard and the related economic crisis reduced the purchasing power of many air transport customers. Plans to buy new aircraft were put on hold or cancelled, and many aircraft were retired prematurely as part of airlines' restructuring plans.

In France, despite the wide use of short-time work schemes, Airbus had to implement a restructuring plan and many workers lost their jobs. Thanks to the EGF, 297 former Airbus workers will receive targeted active labour market support to help them start their own business and return to work.

The €3.7m from the EGF will help finance training for business creation and start-up grants of up to €15,000 per participant. Participants will also receive a contribution towards their accommodation, food and transportation costs related to participating in the training. In addition, former workers taking up a new job may be eligible for a top-up of their salaries, if they are lower than in their previous job.

The total estimated cost of the support measures is €4.4m, of which the EGF will cover 85% (€3.7m). Airbus will provide the remaining amount (€0.7m). The EGF support is part of the overall support package offered by Airbus to the dismissed employees. However, the EGF support goes beyond what Airbus as the dismissing company is legally obliged to provide.

The Commission's proposal requires approval by the European Parliament and the Council.

Airbus' commercial aircraft production generated 67% of the overall turnover of Airbus. As of April 2020, production levels were down by one third and the Airbus workforce was reduced accordingly.

The initial restructuring plan foresaw a cut of 4,248 jobs in France. Thanks to measures introduced by the French government to remedy the economic consequences of the pandemic (such as legislation allowing enterprises to temporarily hire out staff to other enterprises and short-term work schemes), the number of dismissals was significantly reduced to 2,246 jobs.

Nonetheless, the dismissals are expected to have a significant impact, particularly on the Occitan regional labour market and economy. The city of Toulouse and its surrounding region are a major aeronautical cluster in Europe with 110,000 people employed in the sector. The region is heavily dependent on aeronautics and Airbus is the largest private employer in the region. The 35% reduction of production plans at Airbus will likely have severe consequences on employment in the whole sector, also affecting the large number of suppliers. The dismissals are also likely to have an impact on the Pays de la Loire region, even if this regional economy is more diversified.

Under the new EGF regulation 2021-2027, the Fund continues to support displaced workers and the self-employed whose activity has been lost. With the new rules, EGF support becomes more easily available for people affected by restructuring events: all types of unexpected major restructuring events can be eligible for support, including the economic consequences of the COVID-19 crisis, as well as larger economic trends like decarbonization and automation. Member States can apply for EU funding when at least 200 workers lose their jobs within a specific reference period.

Since 2007, the EGF has made available some €652m in 166 cases, offering help to nearly 164,000 people in 20 member states. EGF supported measures add to national active labour market measures.

The European Commission proposes to support 320 dismissed workers in the automotive sector in the Aragón region in Spain, who lost their jobs due to the COVID-19 pandemic. The proposed €1.4 million from the European Globalisation Adjustment Fund for Displaced Workers (EGF) will help these people find new jobs through further education or training.

Jobs and Social Rights Commissioner Nicolas Schmit said: "Investing in people means investing in their skills and opportunities to succeed on the labour market. Today, the EU shows solidarity with 320 former workers in the car sector in Spain by helping them to relaunch their careers with new and additional skills, targeted job-search support and advice on how to start their own business.”

The lockdown measures introduced during the COVID-19 pandemic and the shortage of semiconductors forced car companies to interrupt or significantly slow down their production. Despite the wide and successful use of short-time work schemes, some manufacturers had to shut down production leading to job losses. Thanks to the EGF, 320 workers laid off from 50 Aragón businesses in the automotive sector in Spain will receive targeted active labour market support to help them return to work.

The €1.4m of EGF funds will help the Aragón authorities finance measures ranging from career guidance and individualised job-search support, to acquiring new or additional skills, to advice on starting an own business. Training will also help improve digital skills and knowledge on new industrial production processes, therefore contributing to the digital transition in the car industry. Participants can receive allowances for taking part in these measures and a contribution to their commuting expenses.

The total estimated cost of the support measures is €1.7m, of which the EGF will cover 85% (€1.4m). The region of Aragón will cover the remaining amount (€0.3m). Aragón's public employment service (INAEM) will contact workers eligible for support and will manage the measures.

The Commission's proposal requires approval by the European Parliament and the Council.

The lockdown measures necessary to contain the COVID-19 pandemic as well as the shortage of semiconductors had a significant impact on the activity and turnover of the businesses in the automotive sector in Spain. In 2020, production declined by 18.9% compared to 2019, with negative consequences on employment.

In Aragón, the automotive sectors represents 2.4% of the net employment. In June 2021, the overall regional unemployment rate was 10.7% - 3.6 percentage points higher than the EU average (7.1%).

The Aragón regional authorities expect that most displaced workers in the automotive sector will have difficulties in finding new jobs, unless they receive additional and personalised support. This is because many belong to categories of workers that are already at a disadvantage on the regional labour market.

Under the new EGF regulation 2021-2027, the Fund continues to support displaced workers and the self-employed whose activity has been lost. With the new rules, EGF support becomes more easily available for people affected by restructuring events: all types of unexpected major restructuring events can be eligible for support, including the economic effects of the COVID-19 crisis, as well as larger economic trends like decarbonisation and automation. Member states can apply for EU funding when at least 200 workers lose their jobs within a specific reference period.

Since 2007, the EGF has made available some €652m in 166 cases, offering help to nearly 160,000 workers and more than 4,000 young people not in employment, education or training in 21 member states. EGF supported measures add to national active labour market measures.

Factsheet on the EGF 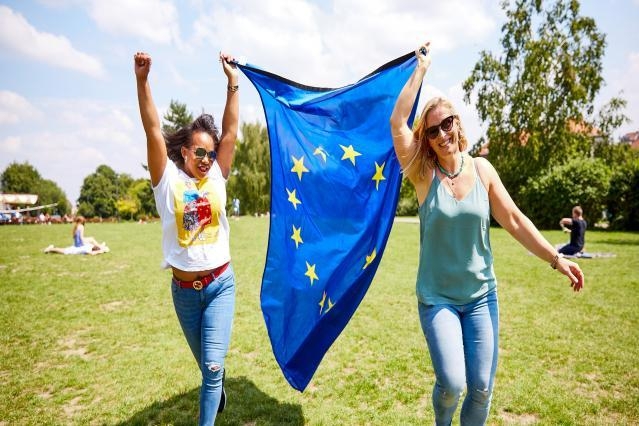 Following the adoption of the formal proposal to make 2022 the European Year of Youth a reality, the Commission is now calling on young people to share their expectations, interests and ideas of what they want the Year to achieve and to look like. The survey launched today will help clarify the themes, types of activities as well as the lasting legacy young people want to see from the European Year of Youth. It will remain open until 17 November 2021. Europe needs the vision, engagement and participation of all young people to build a better future, that is greener, more inclusive and digital. By organising a European Year of Youth, Europe is striving to give young people more and better opportunities for the future. Proposed by President von der Leyen in her State of the Union address, the Year will include a series of events and activities for young people. The idea is to boost the efforts of the EU, Member States, regional and local authorities in recognising youth's efforts during the pandemic and supporting and engaging with young people as we emerge from it. Further calls throughout 2022 will allow us to collect more ideas to include in the process and take the temperature on how the year is progressing. Young people will guide the process before and during the Year so that they can benefit from the Year to the fullest.