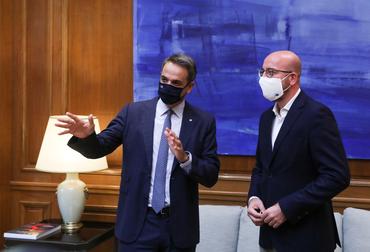 “It’s time for Europe’s support to pass from words into actions, to be expressed in tangible solidarity,” Mitsotakis said after a meeting with European Union Council President Charles Michel.

The Moria camp on Lesbos island which was devastated by a fire last week “belongs to the past”, Mitsotakis said, adding that a new facilty would be built to replace it, with more support and involvement from the European Union.

The conservative premier also said that the migration issue needs a European response and a new asylum policy.

Ahead of an EU summit this month which will discuss tensions in the eastern Mediterranean, Mitsotakis said that Athens was ready to enter exploratory talks with Ankara “immediately” on maritime zones if Turkey ended provocations in the region.

Related Topics:eufeaturedfull-imageGreece
Advertisement
Up Next 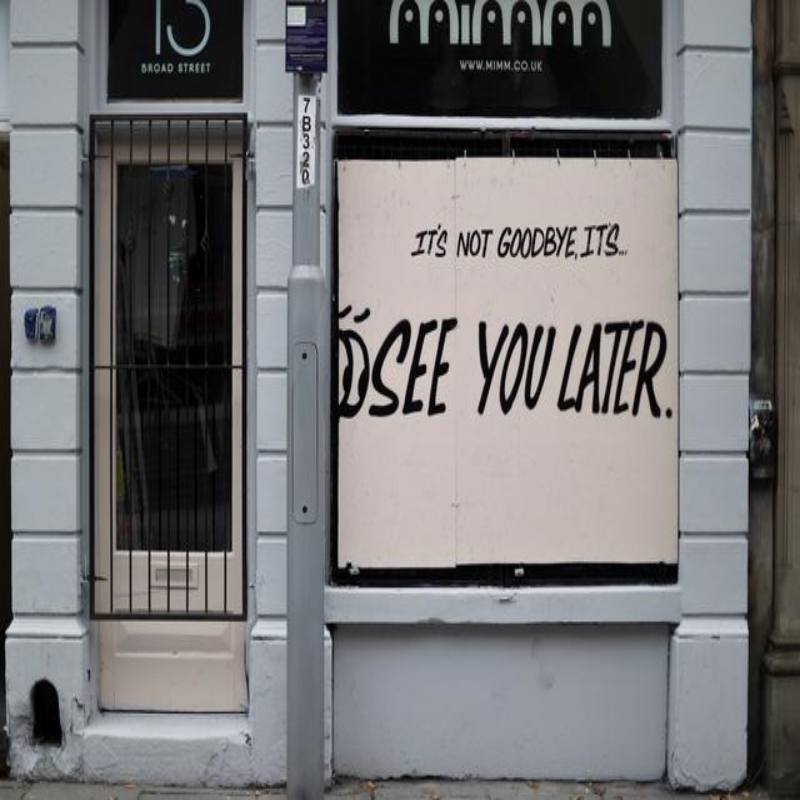 Britain resisted pressure on Thursday (29 October) to impose a second nationwide lockdown after France and Germany ordered sweeping restrictions on social life to contain a surge in coronavirus infections that has pushed health services to their limits, write Kate Holton and Madeline Chambers.

Prime Minister Boris Johnson’s government has so far tried to avoid a nationwide lockdown, opting instead for a tiered system of local controls intended to tighten measures in affected regions while leaving others less restricted.

A new study by Imperial College in London underlined the dire situation facing Britain, the country with the largest number of coronavirus deaths in Europe, showing cases in England doubling every nine days.

Steven Riley, the author of the study, said the government should decide quickly if it wanted to follow France and Germany.

“And sooner is better than later for these,” Riley, a professor of infectious disease dynamics, told the BBC.

However Housing Minister Robert Jenrick said he did not think it was inevitable that the UK would follow France and Germany in imposing nationwide restrictions.

“The judgement of the government today is that a blanket national lockdown is not appropriate, would do more harm than good,” he told Times Radio.

Europe’s economies were plunged into their deepest recession on record by the blanket lockdowns imposed at the start of the crisis in March and April and the latest restrictions have snuffed out the faint signs of recovery seen over the summer.

Financial markets steadied somewhat on Thursday after a brutal selloff a day before as the prospect of a double dip recession came ever more clearly into view.

Governments have been desperate to avoid a repeat of the spring lockdowns but have been forced to move by the speed of new infections and a steadily increasing mortality rate across the continent.

While the French and German lockdowns will leave schools and most businesses open, they severely restrict social life by closing bars, restaurants, cinemas and the like and impose strict limits on people’s movements.

“We are in a dramatic situation at the start of the cold season. It affects us all, without exception,” Merkel told the Bundestag lower house of parliament, adding new restrictions to reduce social contact were “necessary and proportionate”.

However she warned of difficult months ahead and said: “The winter will be hard.”

After heavy criticism of a lack of coordination and planning in the initial phase of the crisis, European Union leaders aim to make progress on common testing and vaccination strategies at a video conference on Thursday.

The latest surge in new cases has put Europe back at the centre of the global pandemic, which has so far seen more than 44 million infections and 1.1 million deaths worldwide.

According to figures from the World Health Organization this week, the region accounted for almost half of new global infections in the previous seven days.

The United States has also seen a surge in new coronavirus cases in the run up to next week’s presidential election, with more than 80,000 new cases and 1,000 deaths reported on Wednesday.

By contrast, many Asian countries have begun to relax controls as the disease has been brought under control, with Singapore announcing it would ease restrictions for visitors from mainland China and the Australian state of Victoria. 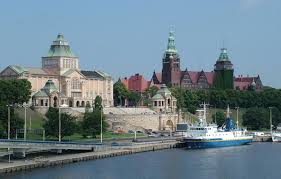 The European Commission has approved, under EU state aid rules, the prolongation of the Polish resolution scheme for twelve months until 29 October 2021. The scheme was initially approved in December 2016. It has been prolonged four times, last time in April 2020. This fifth prolongation does not introduce any changes to the previous scheme. The measure will continue to be available for cooperative banks and small commercial banks with total assets below €3 billion, only if they are placed in resolution by the competent national authorities.

The objective of the scheme is to facilitate the work of the Polish resolution authorities, should a concrete case and need arise for it. The Commission found the prolongation of the scheme to be in line with EU state aid rules, in particular the 2013 Banking Communication and EU banking rules. More information will be available on the Commission's competition website in the case register under the case SA.58389 once any confidentiality issues have been resolved.

The European Commission has approved a €7.7 million Greek scheme to support micro and small companies active in the cultural sector in the Municipality of Athens in the context of the coronavirus outbreak. The measure was approved under the state aid Temporary Framework. The public support will take the form of direct grants and it will be co-financed by the European Regional Development Fund. A list of costs incurred by these companies in 2019 will be taken as a reference point to calculate the aid amount per undertaking, which may be between €10,000 and €200,000.

The purpose of the measure is to mitigate the sudden liquidity shortages that these companies are facing due to the measures that the Greek government had to impose to limit the spread of the virus and to ensure continuity of their economic activity. The measure will help companies organise cultural events that promote the cultural assets of the city of Athens. The Commission found that the Greek measure is in line with the conditions set out in the Temporary Framework.

In particular, the support (i) will not exceed €800,000 per company as provided by the Temporary Framework; and (ii) will be granted no later than 30 June 2021. The Commission concluded that the scheme is necessary, appropriate and proportionate to remedy a serious disturbance in the economy of a member state, in line with Article 107(3)(b) TFEU and the conditions of the Temporary Framework.

On this basis, the Commission approved the measure under EU state aid rules. More information on the Temporary Framework and other actions taken by the Commission to address the economic impact of the coronavirus pandemic can be found here. The non-confidential version of the decision will be made available under the case number SA.59033 in the state aid register on the Commission's competition website once any confidentiality issues have been resolved.