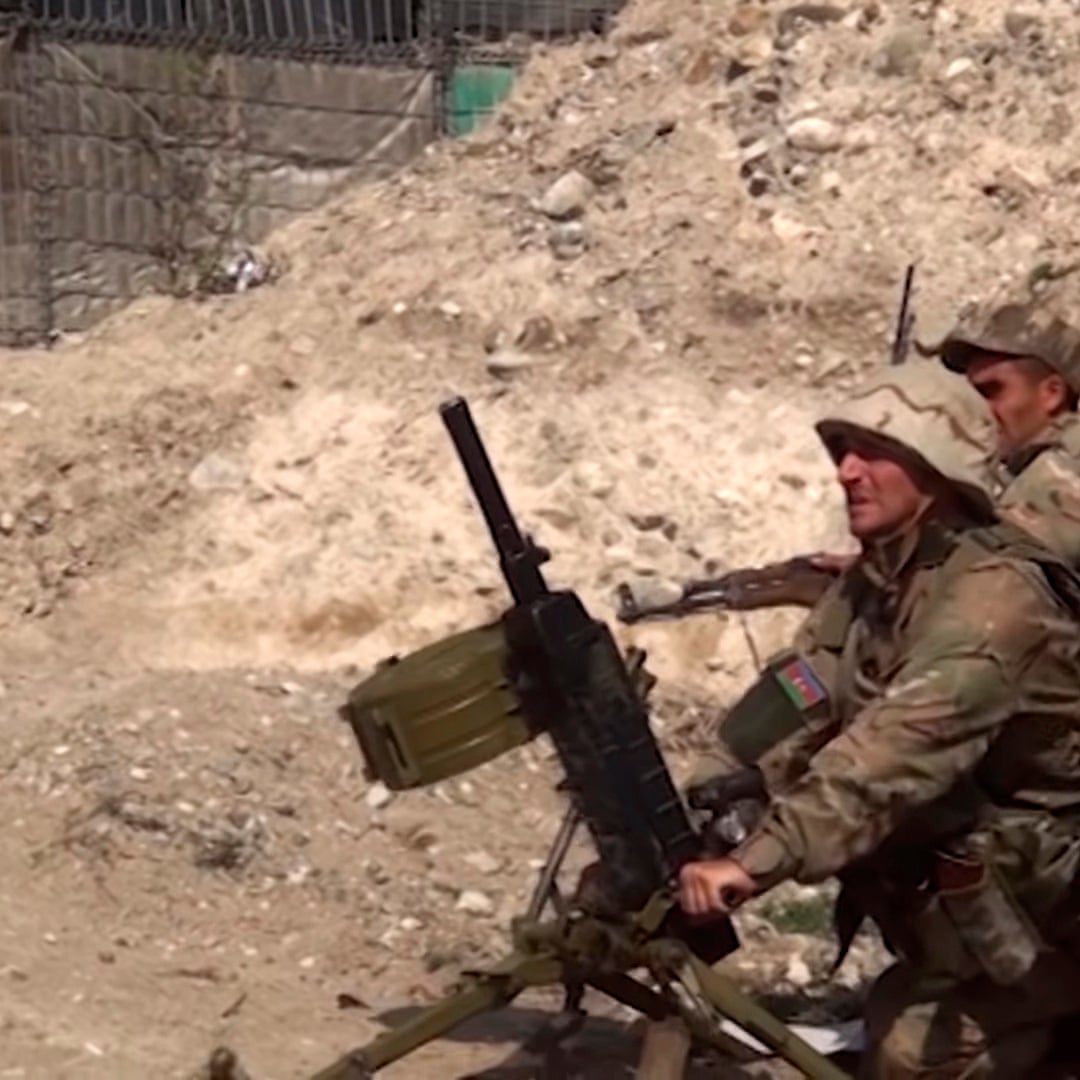 On November 9th Armenia laid down its arms and agreed to a Russia-brokered ceasefire with Azerbaijan to end the thirty-year Nagorno-Karabakh conflict. It remains to be seen if the two communities will ever learn to live side-by-side in peace. As we prepare for the next chapter in this painful story, we must address a principal cause of the conflict - Armenian nationalism, writes Tale Heydarov.

Throughout recent history, many conflicts have arisen as a result of ‘nationalism.’ This 18th-century ideology has enabled the creation of many modern nation-states, but has also been the root cause of many past tragedies, including the nightmare of the ‘Third Reich’. Unfortunately, this mantra still appears to hold sway over a number the political elites in Yerevan, as borne out by the violent scenes in the Armenian capital upon the announcement of the peace deal.

It could be argued that Armenian nationalism has even morphed into a form of ‘ultra-nationalism’ that seeks to exclude other minorities, nationalities and religions. This is clear in the demographic realities of Armenia today, with ethnic Armenians making up 98 per cent of the country’s citizenry after expelling hundreds of thousands of Azerbaijanis throughout the last 100 years.

Former Armenian President, Robert Kocharyan, once said that the reason Armenians could not live with Azerbaijanis was that they were “genetically incompatible”. Compare Armenia’s record to that of Azerbaijan, where, to this day, thirty thousand Armenians continue to live alongside their Caucasian neighbours alongside a plethora of other ethnic minority groups and faiths within the Republic of Azerbaijan. Outside of Azerbaijan, neighbouring Georgia is host to both a large Armenian and Azerbaijani diaspora who have lived happily side by side for many years, proving that peaceful co-existence is possible.

Despite universal recognition that Nagorno-Karabakh is an integral part of Azerbaijan, Armenians have consistently ‘overlooked’ the premise of territorial integrity as recognised under international law. Armenia’s now much under-fire Prime Minister, Nikol Pashinyan, branded a traitor by many of his countrymen for surrendering in the war, had consistently called for a ‘unification’ between Nagorno-Karabakh and Armenia, previously stating that ‘Artsakh [Nagorno-Karabakh] is Armenia - the end’.

In a Facebook video address to Armenians, Pashinyan said that though the terms of the peace deal were “unbelievably painful for me and my people” they were necessary due to “a deep analysis of the military situation”. It, therefore, remains to be seen whether Armenian territorial claims to Karabakh are now once and for all at an end (facilitated by some 1900 Russian deployed peacekeepers).

Armenian territorial claims however are not limited to Nagorno-Karabakh. In August 2020, Pashinyan characterised the Treaty of Sèvres, (never ratified), as a matter of ‘historical fact,’ laying claim to lands that have been a part of Turkey for over 100 years. Armenia’s regional aspirations do not end there.

The Georgian province of Javakheti is also described as an integral part of a ‘United Armenia.’ These claims against neighbours demonstrate a pattern of behaviour. Such disregard for international law coupled with antagonistic policy positions is not conducive to maintaining peaceful relations within the wider region. Armenia needs to respect the sovereignty of the territories of its neighbours to ensure that peace is maintained.

Public discourse and information exchange in the media and online is also of particular importance for the peace. Throughout history, nations have utilised propaganda to rally citizens behind a government, or to boost national morale. Armenia’s leadership has consistently used disinformation and inflammatory remarks to whip up public sentiment for the war effort, including accusing Turkey of having an objective of “reinstating the Turkish empire” and an intent to “return to the South Caucasus to continue the Armenian genocide”. Responsible journalism should seek to challenge and call out baseless claims such as these. Politicians and the media have a responsibility to cool the simmering tensions between the two communities and should refrain from making inflammatory remarks for us to have any hope of peace.

We must learn the lessons of the past with Europe providing the perfect example of how countries, and a continent, can succeed in reducing conflict and disputes following its post-war response to fascism.

My home country of Azerbaijan has never sought war. The entire nation is relieved that at last, we have a chance to experience peace once again in the region. Our refugees and Internationally Displaced People (IDPs) will in due course be able to return to their homes and lands. Our relationship with the rest of our near-neighbourhood is a model of peaceful co-existence. Any embittered sentiment in Azerbaijan is in direct response to the aggressive and people displacing policies of Armenia over the last thirty years in their pursuit of a ‘Greater Armenia’. This must end.

Only through combatting destructive and xenophobic nationalism can Armenia find peace with both its neighbours and its own national identity. Armenia will not be able to do this alone. The international community has a pivotal role in ensuring that the worst facets of nationalism are called out and condemned under the internationally accepted norms of a rules-based system. We must learn and extol the lessons of post-war Germany and the role of education in ridding countries of fascist ideology. If we achieve this, there may just be a chance for lasting peace in the region. 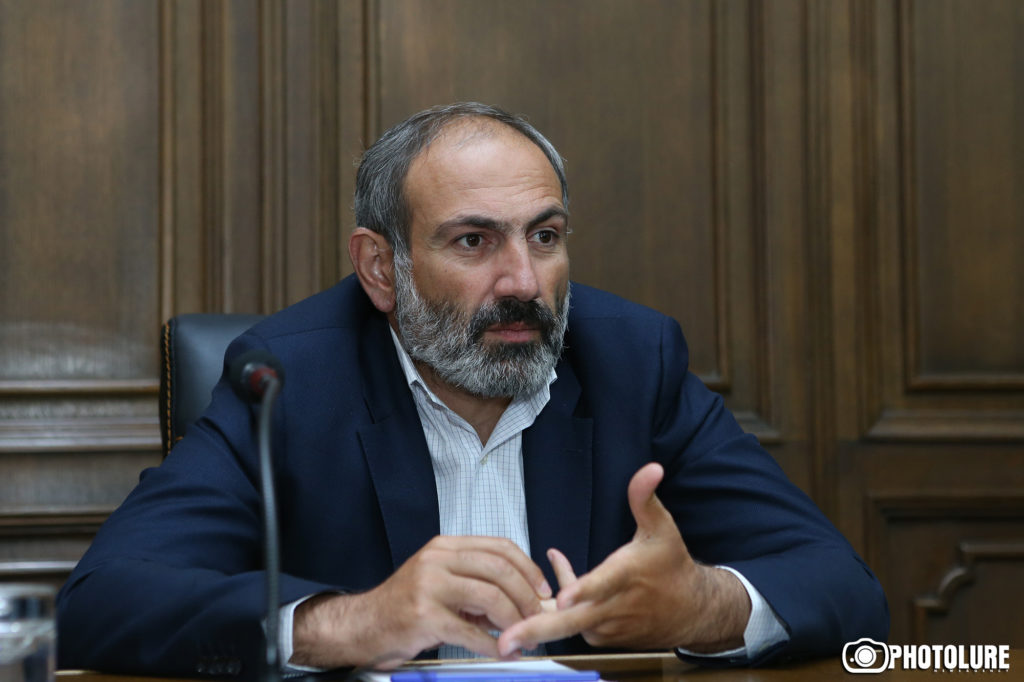 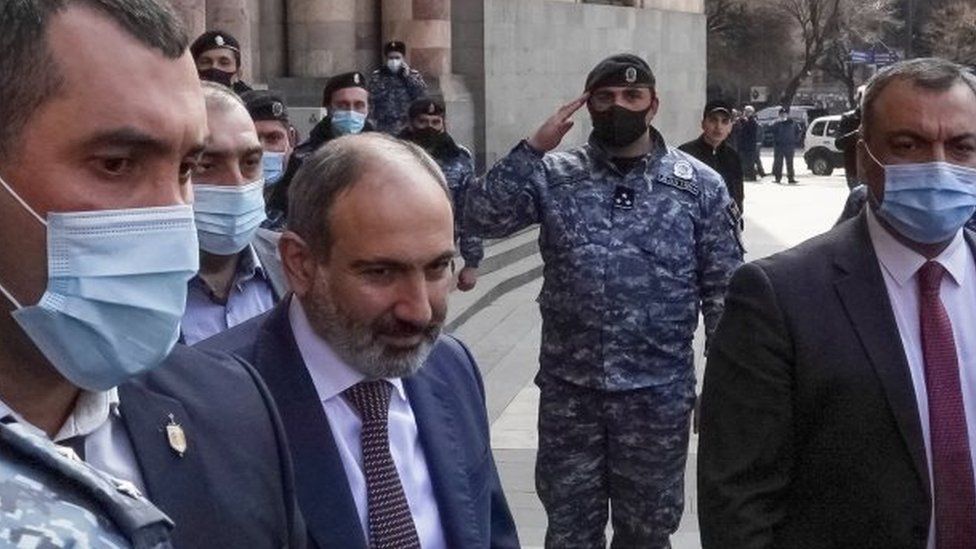