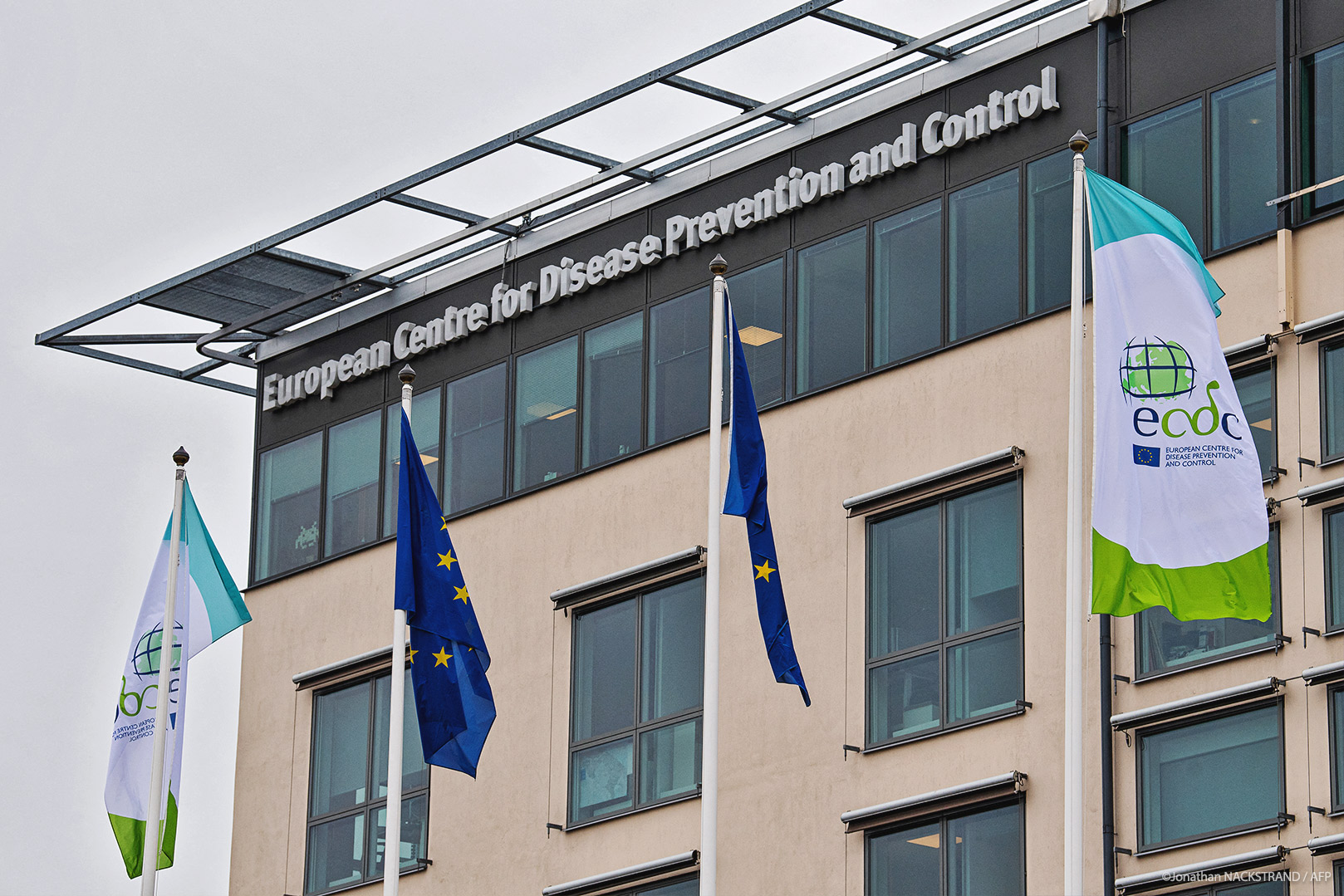 The proposal to extend the mandate of the European Centre for Disease Prevention and Control (ECDC) was adopted with 598 votes in favour, 84 against and 13 abstentions. EU member states should develop national preparedness and response plans, and provide timely, comparable and high quality data, MEPs say. They also want to ensure that the ECDC’s mandate is extended beyond communicable diseases to also cover major non-communicable diseases, like cardiovascular and respiratory diseases, cancer, diabetes or mental illness.

The legislative proposal to strengthen the EU’s crisis prevention, preparedness and response when addressing future serious cross-border health threats was adopted with 594 votes in favour, 85 against and 16 abstentions. The COVID-19 crisis revealed that further work at EU level is needed to support cooperation between member states, in particular border regions, MEPs stress. The text also calls for clear procedures and more transparency for EU joint procurement activities and related purchase agreements.

Watch a recording of the plenary debate (first part and second part).

Rapporteur Joanna Kopcińska (ECR, PL) said: “Our proposals would improve cooperation, the exchange of information, expertise and best practices between member states and the Commission, the Health Security Committee and the ECDC itself. This will lead to better preparedness and response coordination when dealing with health challenges. We also agreed to step up analysis and modelling to support member states in the control of outbreaks by collecting and processing more epidemiological data, while upholding the key national competence for health protection.”

“The vision of ‘One Health’ in all European policies must guide our entire crisis anticipation and management system. The COVID-19 crisis shows how a public health issue can affect the proper functioning of every part of European society”, said Rapporteur Véronique Trillet-Lenoir (Renew, FR). “I fully support making a joint purchase procedure for medical products the standard. As far as negotiating with industry is concerned, the EU is stronger when it speaks with one voice, on behalf of all member states”, she added.

As part of building a European Health Union, on 11 November 2020 the Commission proposed a new health security framework, based on the experience dealing with the coronavirus. The package includes a proposal for a regulation on serious cross-border threats to health and a proposal to reinforce the mandate of the European Centre for Disease Prevention and Control.

Share this article:
Related Topics:euEuropean Health Union
Up Next

Sassoli: Tourism must be at the heart of Europe’s recovery 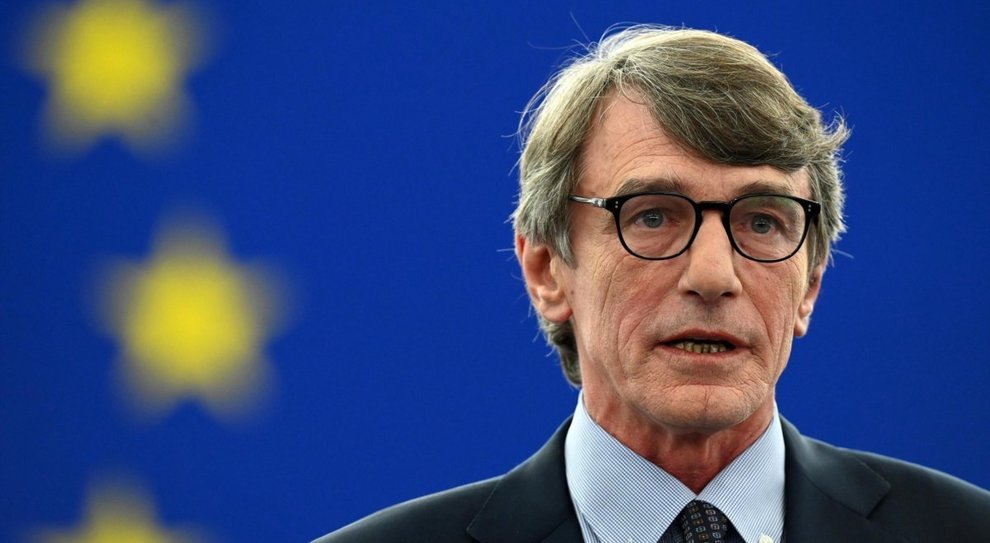 Extracts of the speech of President Sassoli (pictured) to the Global Tourism Forum 2021.

“As you know, we live in a time of great challenges. The dramatic crisis caused by the pandemic was a watershed moment, a devastating and unexpected event. This has led to major changes not only on an economic and social level but also to our lifestyles and our routines. In this sense, tourism - which represents one of the major sources of income for the EU - was undoubtedly one of the most affected sectors. In fact, it is estimated that due to the pandemic, some areas of tourism faced losses between 70-80%, affecting 11 million jobs.

“Europe is the number one tourism destination in the world and it is therefore vital to support this sector because, as well as strengthening our competitiveness, it can significantly relaunch our economic and social recovery. To do this we need to build new alliances, identify new tools to help facilitate mobility, all while making it more sustainable, resilient and with a lower environmental impact.

“Tourism is an important tool to promote the cultural richness of our countries and regions, and to enhance further the idea of a global citizenship based on solidarity, which is the basis of an open and inclusive society.

“If we want to revive the entire tourism ecosystem and make it more effective and resilient after this pandemic, we must use the existing funding opportunities in the EU budget and Next Generation EU intelligently. However, above all we must work together on a European agenda for tourism in 2030/ 2050, in order to strengthen its competitiveness in the medium and long term.” 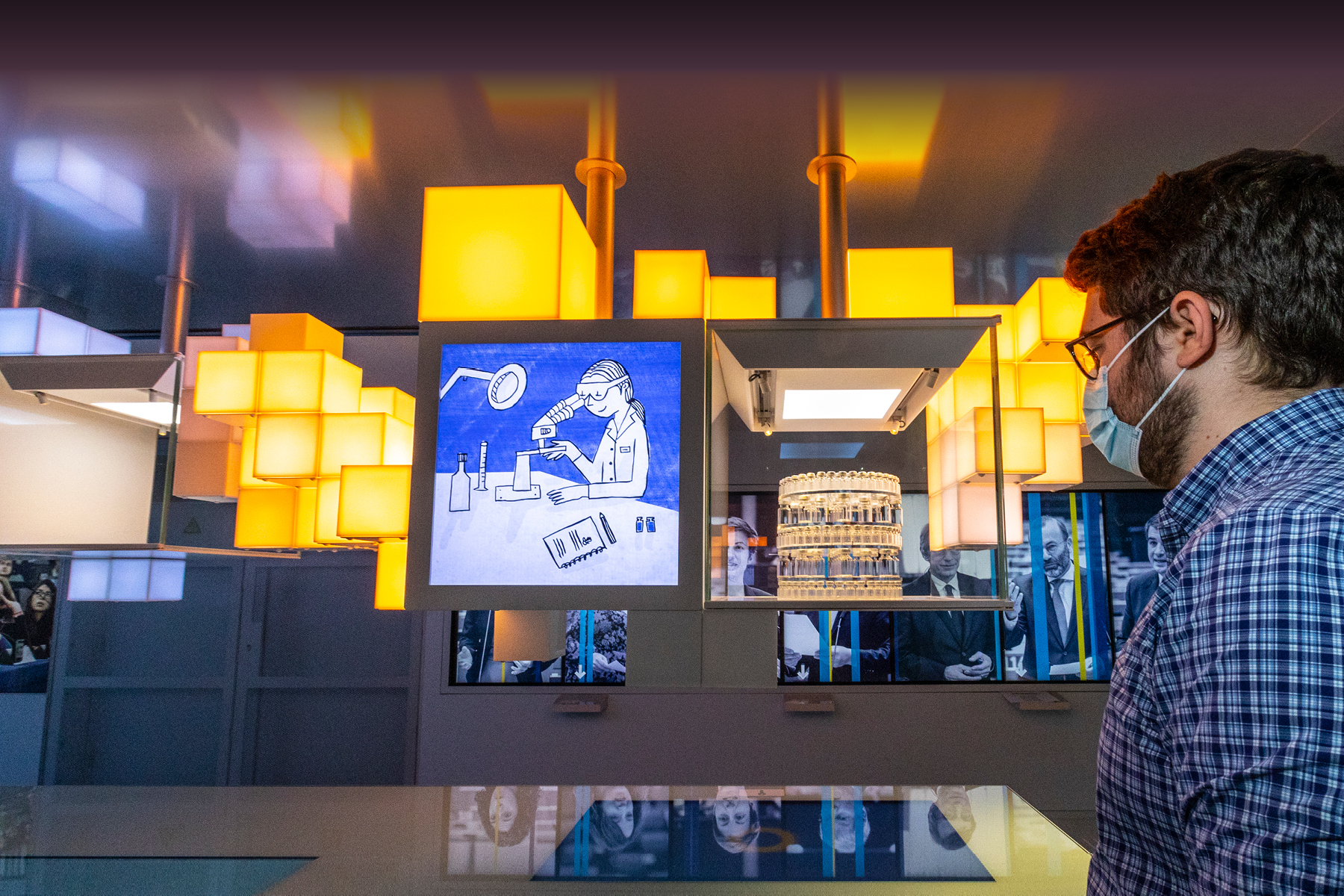 The centre aims to explain what Parliament does, offering insights into the EU, the democratic process and showing how decisions made in the Parliament directly influence people’s lives.

Open seven days a week, it offers content in all 24 official EU languages and it’s free. So if you are in Brussels, drop in and find out what MEPs think about the topics of the day and try out the latest interactive media stations featuring key topics such as climate change, the digital transition and the Conference on the Future of Europe. 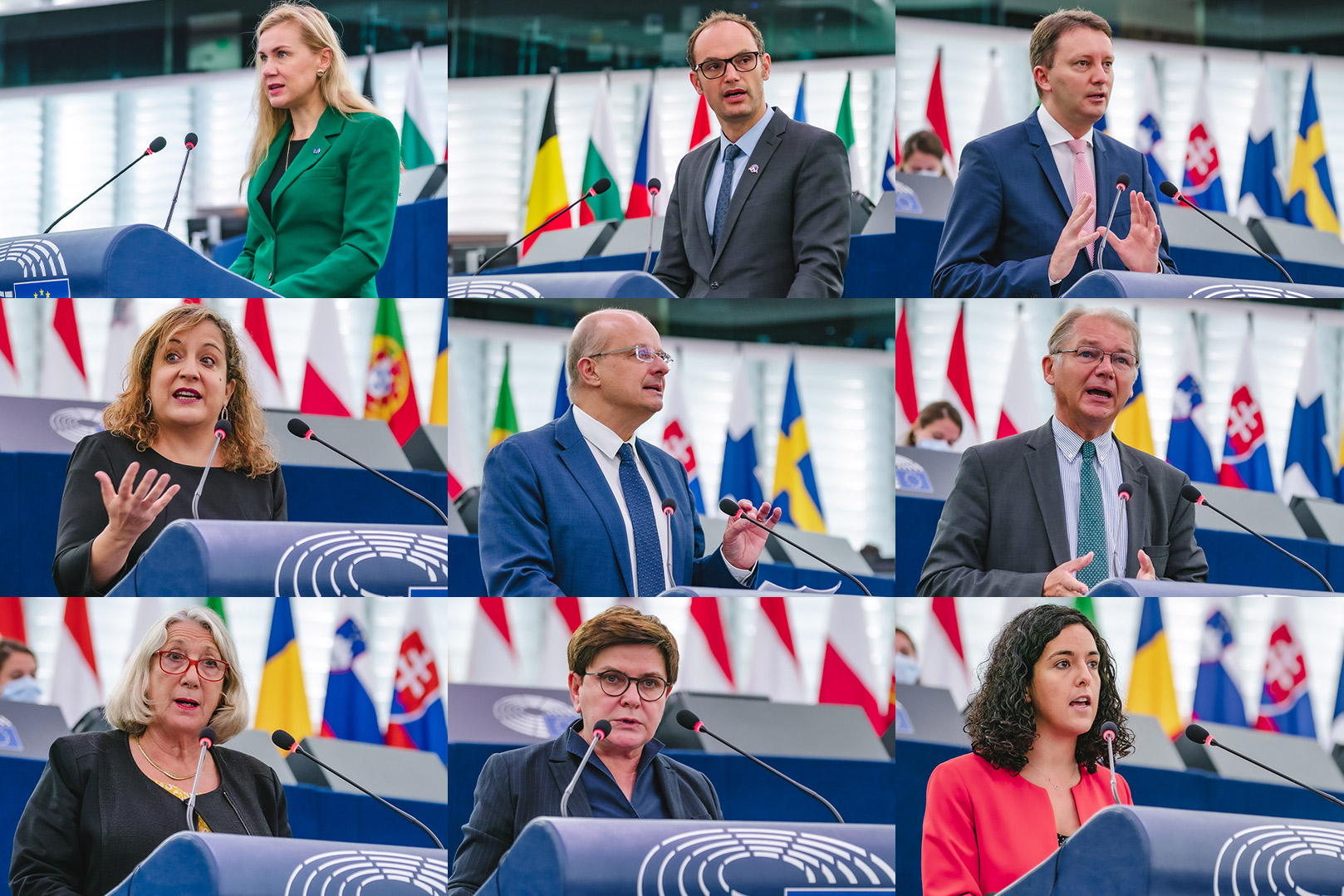 MEPs stressed the urgent need to support EU citizens in the face of record high gas and electricity prices during a plenary debate on 6 October. EPP’s Siegfried Mureşan (Romania) said: "It is affecting citizens, it is affecting European enterprises, particularly small and medium sized enterprises, which were already hit by the pandemic and by the economic consequences of the pandemic. It is our duty to help citizens and enterprises overcome this crisis of increased energy prices.”

Kadri Simson, the European Energy Commissioner, stressed the need for action: "This price shock cannot be underestimated. It is hurting our citizens, in particular the most vulnerable households, weakening competitiveness and adding to inflationary pressure. If left unchecked, it risks compromising Europe's recovery as it takes hold. There is no question that we need to take policy measures - Europe has come through high energy prices many times in the past - and responded to them through diversification of supplies sources and market innovation."

She highlighted the importance of making clear that current price hikes had little to do with the EU's climate policy, but much to do with Europe's dependence on imported fossil fuels.

For Philippe Lamberts (Greens/EFA, Belgium), the situation is a wakeup call for a faster transition towards renewable energy and for more solidarity: "Faced with this energy insecurity, first of all the member states have to respond by using additional tax revenues to guarantee and extend preferential social tariffs and help target the most vulnerable households. Producing in a sustainable and fair way is more expensive than dirty and unfair. If we wish everyone to be able to afford a decent life based on dignity, we have to turn around these inequalities. Without social justice, the energy transition won't happen, and without this, our societies will collapse."

Manon Aubry (The Left, France) said energy should be a common good and must be accessible to everybody. “You turned it into a product like any other with which you could speculate and make profits. Either to eat or to heat should not be a luxury but a fundamental right.”

Some MEPs proposed to redesign the European energy market. Stressing the fundamental and urgent need to provide minimum wellbeing for all European citizens, Iratxe García Pérez (S&D, Spain) said: “First the Commission must present a plan for states to act in a coordinated way when we have stress on the energy market, making sure we have a real European Union of energy. Second, we must slow down speculation on the CO2 market and third, we need to make sure that we have new standards in the functioning of the electric marketplace to ensure a cheaper energy mix.”

Renew Europe’s Christophe Grudler (France) said the EU should look into three areas to resolve the energy crisis: reinforcing energy storage facilities and considering common procurement of gas; promoting energy made in Europe (including hydrogen) by reducing dependence on fossil fuels from other countries; and a rapid reform of the European energy markets, including putting a stop to the tie between electricity and gas prices. “The European energy market needs to be reformed along the lines of the Green Deal,” he concluded.

The role of the EU’s ambitious climate policy in the rising energy prices divided opinion. Anže Logar, the Slovenian Minister for Foreign Affairs representing the Council presidency, said the EU’s climate policy and notably the Fit for 55 package is “neither the source of the current surge of energy prices nor a short-term solution. In the long-term the decarbonisation of the European economy can contribute to mitigating fluctuating energy prices and to fighting energy poverty,” he said. In the meantime, vulnerable households should be offered income assistance via the Social Climate Fund, Logar added.

Joëlle Mélin (ID, FR) said that the focus on renewable energy in the European Green Deal could increase Europe’s vulnerability to market shocks. “Member states should be able to make decisions on their energy mix on their own and shouldn’t have to be part of failure,” she said.

Beata Szydło (ECR, Poland) emphasised that the trend of rising energy prices continues and expressed doubts that the Fit for 55 package would bring the desired results. “I think we have to be extra careful about those solutions. You were talking about what caused this spike in energy prices. This is partly due to the pricing of emissions. Where were those decisions taken? In this house,” she said. “I think we have to re-think our energy policy.”