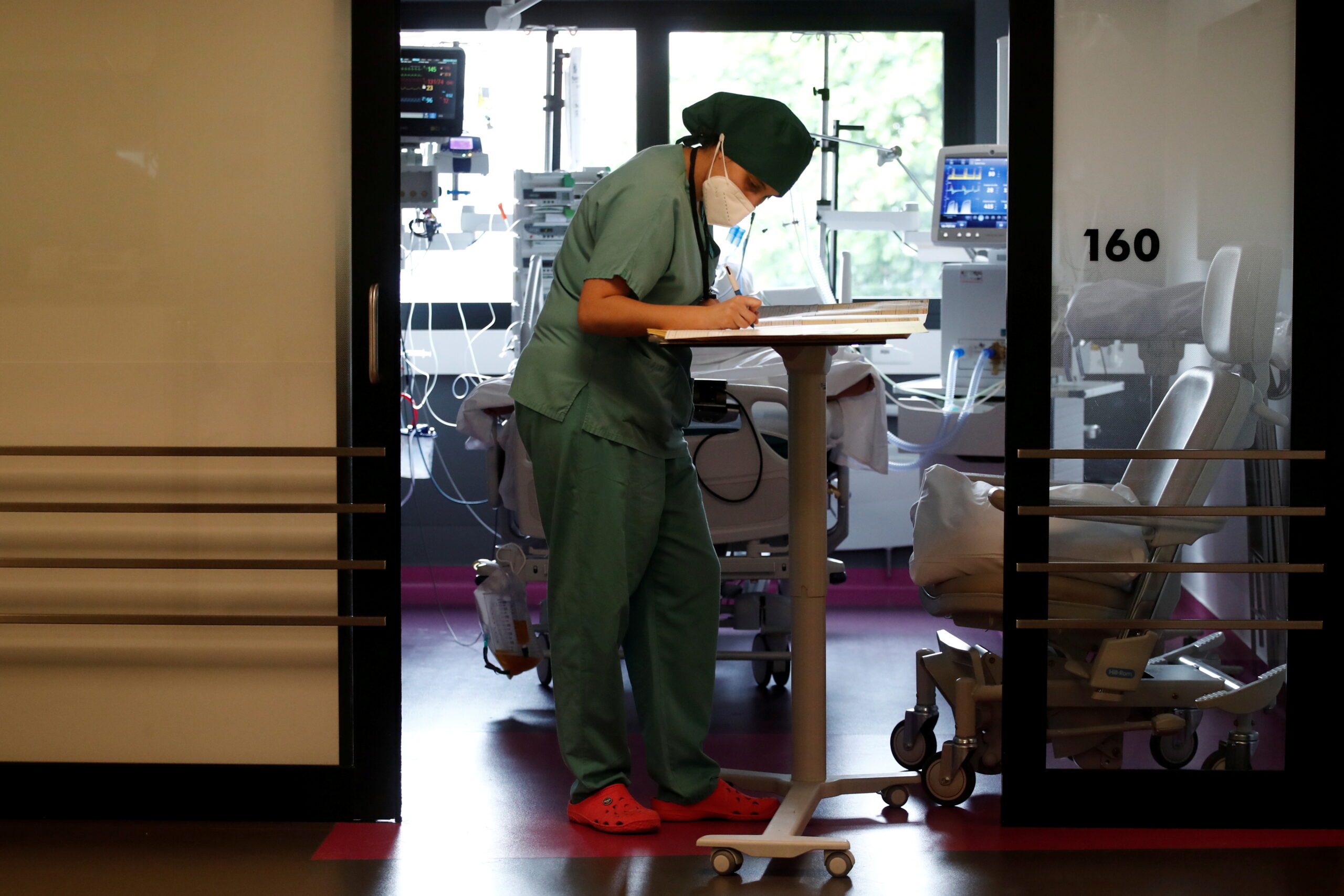 Good morning, health colleagues, and welcome to the European Alliance for Personalised Medicine (EAPM) update. As the new year gets into its stride, EAPM is as busy as ever, writes EAPM Executive Director Dr. Denis Horgan.

The EU’s budget line for health in 2022 is €835 million — a figure that is all the more impressive considering that the budget for the seven-year health program from 2014-2020 was €450m in total. The 2022 health work programme was adopted by the Commission today (21 January).

The money will back the Commission’s ambitions to step up its involvement in the bloc’s health issues even as most health union files near the finishing line. The Health Emergency Preparedness and Response Authority, the Commission’s newest department tasked with responding to health crises, is due to receive €274.8m.

The delayed Health Data Space legislative proposal is set to be published during the April European Parliament plenary session starting 4 April. That’s according to the latest college of commissioners’ agenda dated 18 January.

The proposal will set out the Commission’s plan on how to share numerous kinds of health data in the EU to improve patient care as well as for research. The idea, while broadly welcomed, faces numerous obstacles including privacy concerns, data protection laws and who will be allowed access to the valuable data.

France presented its idea to create a European Hospital Label at an informal meeting of health ministers earlier this week, its first health-related proposal during its presidency of the EU Council.

The full scope and uses of the label, if it is implemented, remain to be decided, but it would aim to improve coordination between hospitals in different EU member countries. In particular, the mechanism aims at strengthening cross-border care, so that patients can be received in hospitals in neighboring countries.

In the works for French EU Presidency

Health ministers will hold their first virtual ministerial of the French presidency on Tuesday (25 January) and, although no decisions on the IPCEI proposal are expected at the Zoom conference, the French government has highlighted the proposal as a key health “deliverable” of its six-month Council mandate.

A French finance ministry document on IPCEIs from this month said the government is planning to invest €1.5 billion into the health project. According to the ministry, the list of countries interested in participating in the proposed IPCEI includes Germany, Italy, Belgium, the Netherlands, Hungary, the Czech Republic, Austria, Romania, Ireland and Denmark.

The finance ministry said that a health IPCEI would aim to strengthen resilience in health, “for example by relocating the production of certain strategic active ingredients to Europe, which are currently mainly produced in Asia.”

The French government is now drawing up a list of project proposals. Once France and the other participating countries complete the planning phase, they can present the group of projects under the banner of the IPCEI to the Commission.

The shock to drug supply chains caused by the coronavirus pandemic has put taking back control of manufacturing of medical goods on the front burner. At the start of the pandemic, producer countries like India blocked exports of essential medicines and medical supplies. The EU also slapped export controls on vaccines to make sure the bloc had the supply it needed.

But Paris’ dirigiste impulses may crash against the reality of the rules applying to IPCEIs, which aren’t meant to back major factory investments, but instead target the development of technologies that benefit the public as a whole. Governments should only step in when private investment is lacking. Money given through IPCEIs can, at most, be used for the “first industrial deployment” of a specific technology — in other words, commercially-ready prototypes — but not for full-scale plants for commercial manufacturing.

The presidency hasn’t yet published any list of project proposals. At least some of these will sit in the research stages of pharmaceutical and medical technology development — where IPCEI rules won’t be a problem, for example backing research into innovative cancer treatments or digital diagnostic tools.

European Union health ministers are trying to find a common line today (21 January) over a potential fourth dose of COVID-19 vaccines, amid a surge in cases sparked by the Omicron variant.

The EU drugs regulator said earlier this week it would be reasonable to give a fourth dose to people with severely weakened immune systems, but more evidence was needed. Ministers will discuss "the administration of the fourth dose," said a press release issued by the French presidency of the EU, which organised the video-conference for health ministers at short notice.

EU members Hungary and Denmark have already decided to roll out a fourth dose of COVID vaccines. Copenhagen said it would do so for the most vulnerable, while the Hungarian government said everybody could get it after a consultation with a doctor.

The rollout of fourth doses began in Israel last month, making it the first country to administer the so-called second booster. Wealthier nations decided to speed up the rollout of third doses amid a wave of new cases caused by the more contagious Omicron variant, but remain divided over a fourth one. Many consider that more data is needed before making decisions on that. The French presidency said the video conference was meant to find a common approach at an EU level on vaccination strategies.

The French presidency of the Council of the EU has proposed changes to the requirements of high-risk AI systems in the Artificial Intelligence Act. Vijay Pereira, Professor and head of department of people and organizations, at NEOMA Business School in France, believes artificial intelligence (AI) can help leaders undertake these challenges.

This is important because customer experiences providing a hybrid of digital interfaces and tangible interactions are becoming increasingly popular. Consequently, while this benefits the end-consumer, many leaders need a better strategy to plan for and measure success. AI can help. In fact, according to Pereira, AI can simulate and quantify outcomes of each strategy and help leaders discover better ones in their respective industries.

A large majority of MEPs voted in favour of the Digital Services Act on Thursday (20 January), after plenary amendments introduced important changes to the text.

The DSA is horizontal legislation for the digital single market, with transparency requirements and due diligence obligations proportional to the size of the service provider. “We have an opportunity to create a new global golden standard for tech-regulation that will inspire other countries and regions,” said Christel Schaldemose, the leading MEP on the file.

While the compromise text brokered in the leading parliamentary committee introduced some significant new elements to the original proposal, further modifications were introduced via last-minute amendments in the plenary vote. The most significant amendment was tabled by the Tracking-free Ads Coalition, a cross-party group of MEPs that pushes for a ban on targeted ads. As the bid for a total ban was not successful, a compromise was reached only to prohibit the targeting of minors.

British MPs in the health committee are investigating why the UK continues to lag comparable countries in cancer outcomes. During a hearing on Thursday (20 January) into the pandemic impact, Mark Foulkes, Macmillan lead cancer nurse, said that many patients’ treatment was delayed or curtailed because it was uncertain how the virus would affect them, especially in palliative care. Now, hospitals are managing the pandemic alongside cancer services and his team has to reassure the public that it’s safe to come in. He said many cancer services are running at 120 percent of standard capacity levels to catch up on the backlog.

And that is all from EAPM for this week, many thanks for your attention, stay safe and well, have an excellent weekend.