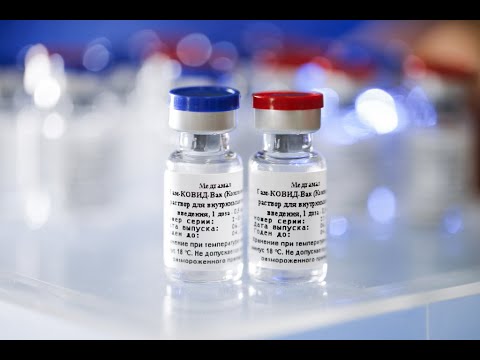 On 17 February, the European Commission launched its “HERA Incubator” to address the threat of new coronavirus variants. HERA will work with researchers, biotech companies, manufacturers and public authorities to detect new variants, provide incentives to develop new and adapted vaccines, speed up the approval process for these vaccines, and ensure scaling up of manufacturing capacities.

Asked about the status of Sputnik V, European Commission President Ursula von der Leyen raised three issues: authorisation, production site verification, and a question over how Russia could “theoretically” offer millions and millions of doses, “while not sufficiently progressing in vaccinating the own people. This is also a question I think that should be answered.”

Von der Leyen confirmed that the Sputnik V vaccine developers had not applied for conditional market authorization with the European Medicines Agency (EMA), despite reports to the contrary, but added that that might change.

Sputnik like all vaccine candidates will have to follow the EU’s full scrutiny process. The EMA has already published a clarification (10 February) because of misleading press reports claiming that Sputnik V had made an application for a rolling review, or market authorisation for their vaccine, it hasn’t.

Today, the EMA sent a tweet making it clear, again, that the Sputnik vaccine was not under “rolling review” or the later “market authorisation” process.

Nevertheless, yesterday, Sputnik V claimed yet again in a Twitter response to von der Leyen: “Sputnik V submitted an application for rolling review, request for market authorization is the next step.”

According to Statista, a company specializing in market data, over 200 million doses have been agreed for export to 20 countries,  and there are major plans for production outside Russia in Korea, India, Brazil, Saudi Arabia, Turkey and China, according to the Sputnik website. As of February 2021, vaccination with Sputnik V has started or is starting in the following countries: Bolivia, Algeria, Kazakhstan, Turkmenistan, Palestine, the UAE, Paraguay, Hungary, Armenia, Bosnian Serb Republic, Venezuela and Iran.

The widely respected Lancet peer-reviewed medical journal recently published an article claiming that Sputnik V is safe and effective, based on interim results from a phase 3 trial. The developers Gamaleya National Research Centre for Epidemiology and Microbiology have a successful track record and their two vector approach - using two types of carrier viruses has been used successfully in the past to vaccinate against Ebola.

The vaccine is outside the EU’s advanced purchasing agreements and can be purchased by any EU member state. Hungary has already had a delivery of 40,000 doses, of an order of over 2 million to be delivered over the next three months. Other EU countries are also considering approval for emergency use, something that they are entitled to do under the current rules, as already shown in the UK last year. The EU, however, has not been willing to take the added risks and liability for this approach and will only deploy the vaccine when it has received conditional market authorisation from the EMA.

Von der Leyen said that lessons had been learned about the need to inspect the process and production on site since the start of the pandemic, alluding to the difficulties experienced by both BioNTech/Pfizer and AstraZeneca. Since there is currently no production of Sputnik V in the EU, this would mean that the EU would need to have an agreement to access and verify production of sites in Russia. This could prove difficult given that diplomatic relations have been weakened following the recent visit by EU High Representative Josep Borrell to Moscow.

White Knight for Telegram: How Alisher Usmanov and his partners helped save Pavel Durov’s brainchild

Japan, US, India, Australia call for return of democracy in Myanmar 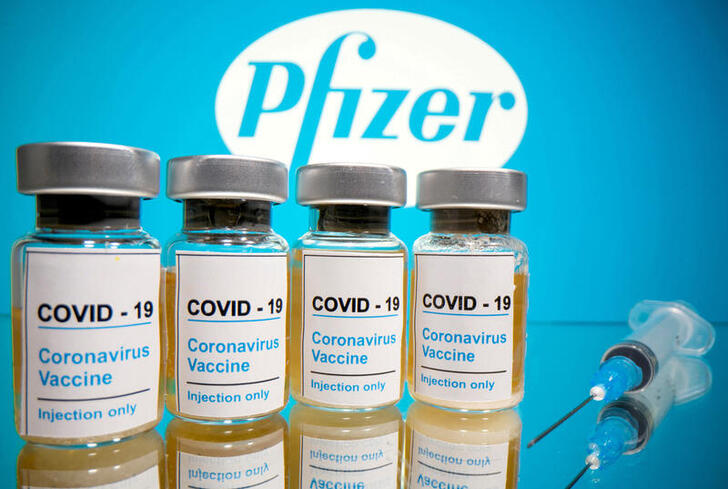 Pfizer has not yet delivered to the European Union about 10 million COVID-19 vaccine doses that were due in December, EU officials said, leaving it about one-third short of the supplies it had expected by now from the US company, writes Francesco Guarascio @fraguarascio.

The delay is another blow to the EU, which has also been hit by delays in deliveries from Anglo-Swedish drugmaker AstraZeneca and US company Moderna, and had also faced earlier delays on the Pfizer vaccine.

It also raises questions about the rationale of an EU vaccine export control scheme which was set up in late January to ensure timely deliveries but has not yet been activated, despite the supply shortfalls.

By the middle of last week, Pfizer had delivered to the EU 23 million doses of the COVID-19 vaccine it developed with German firm BioNTech, said an EU official who is directly involved in talks with the U.S. company.

That was about 10 million doses less than Pfizer had promised to supplied by mid-February, said a second official who is also involved in the talks.

Pfizer declined to comment, saying schedules of its deliveries were confidential. The executive European Commission did not respond to a request for comment on delivery shortfalls.

EU officials have said Pfizer committed to delivering 3.5 million doses a week from the start of January, for a total of 21 million shots by mid-February.

In mid-January, there was a temporary hiccup in supplies which EU officials say was largely resolved last month.. But a lot of doses that were due to arrive in December are still missing, the two EU officials said.

The Pfizer/BioNTech vaccine was approved for use in the EU on 21 December. The following day, BioNTech said the companies would ship to the EU 12.5 million doses by the end of the month..

Only about 2 million of those doses due in December have been delivered, according to Reuters calculations.

The shortfall would amount to about 30% of the total supplies pledged for the period from December until mid-February.

One EU official said the company had committed to delivering the missing doses by the end of March.

The EU has two contracts with Pfizer for the supply of 600 million vaccine doses.

Although the EU’s own supplies have fallen short, the European Commission has approved all requests for export of COVID-19 vaccines - mostly from Pfizer/BioNTech - since it set up its mechanism to monitor flows.

In the period between Jan. 30 and Feb. 16, the EU gave the green light to 57 requests for vaccine export to 24 countries, including Britain and the United Arab Emirates (UAE), a Commission spokeswoman said on Wednesday.

Before the monitoring scheme was set up, the bloc had already exported millions of vaccines to Israel, Britain and Canada among others, mostly Pfizer’s, according to customs data cited in a EU document seen by Reuters.

Israel has injected the first vaccine dose to more than 75% of its population, figures from University of Oxford-based Our World in Data show. The figure for the UAE is around 50% and for Britain it is above 20%.

EU countries on average have vaccinated only about 5% of their populations, according to Our World in Data.

Countries with a high number of inoculations are already vaccinating people who are not among the most vulnerable, while those most in need elsewhere have not yet had a shot.

The World Health Organization has set the target of inoculating 20% of poor countries’ population by the end of the year. 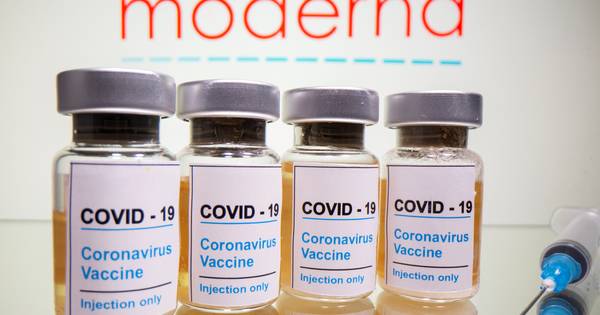 The European Commission has approved a second contract with the pharmaceutical company Moderna, which provides for an additional purchase of 300 million doses (150 million in 2021 and an option to purchase an additional 150 million in 2022) on behalf of all EU member states. The new contract also provides for the possibility to donate the vaccine to lower and middle-income countries or to re-direct it to other European countries.

European Commission President Ursula von der Leyen said: We are securing 300 million additional doses of the COVID-19 vaccine produced by Moderna, which is already used for vaccination in the European Union. This brings us closer to our major objective: ensure that all Europeans have access to safe and effective vaccines as quickly as possible. With a portfolio of up to 2.6 billion doses, we will be able to provide vaccines not just to our citizens, but to our neighbours and partners as well.”

Health and Food Safety Commissioner Stella Kyriakides said: “With this new contract with Moderna, we are adding another 300 million doses of an authorized safe and effective vaccine. It marks another step towards our objective of providing swift access to safe and effective vaccinations to citizens in Europe and beyond over the course of this year. The contract is important not only for the short term needs of the EU, but also for our future work to limit the rapid spread of new variants.”

The contract with Moderna builds upon the broad portfolio of vaccines to be produced in Europe, including the already signed contracts with BioNTech/Pfizer,  AstraZeneca, Sanofi-GSK, Janssen Pharmaceutica NV, Curevac and Moderna. This diversified vaccines portfolio will ensure Europe has access to 2.6 billion doses, once the vaccines have been proven to be safe and effective. More information is available in a press release.

Coronavirus: Preparing Europe for the increased threat of variants

Today (17 February), the Commission is proposing immediate action to prepare Europe for the increased threat of coronavirus variants. The new European bio-defence preparedness plan against COVID-19 variants called 'HERA Incubator' will work with researchers, biotech companies, manufacturers and public authorities in the EU and globally to detect new variants, provide incentives to develop new and adapted vaccines, speed up the approval process for these vaccines, and ensure scaling up of manufacturing capacities.

Taking action now is important as new variants continue to emerge and challenges with scaling up vaccine production are arising. The HERA Incubator will also serve as a blueprint for the EU’s long‑term preparedness for health emergencies.

European Commission President Ursula von der Leyen said: “Our priority is to ensure that all Europeans have access to safe and effective COVID-19 vaccines as soon as possible. At the same time, new variants of the virus are emerging fast and we must adapt our response even faster. To stay ahead of the curve, we are launching today the HERA Incubator. It brings together science, industry and public authorities, and pulls all available resources to enable us to respond to this challenge.”

A press release, Q&A and factsheet are available online. You can watch the press conference today with President von der Leyen and Commissioners Kyriakides and Breton live on EbS.