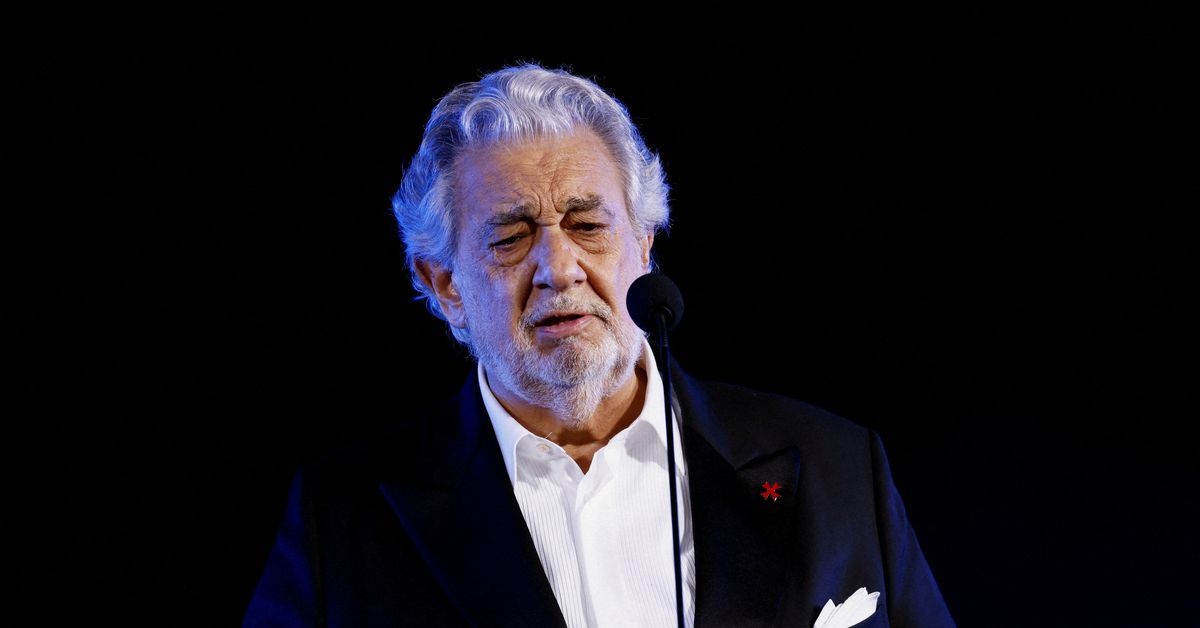 Opera star Placido Domingo is now subject to new allegations of sexual harassment by a Spanish singer. This comes three years after similar claims prompted an apology from him and he had to stop his career.

A 2020 investigation found that more than 30 singers, dancers and musicians, as well as voice teachers, backstage staff, had reported seeing or experiencing inappropriate behavior by Domingo (83), over the past three decades. Domingo has not been charged with any wrongdoing.

An unidentified Spanish singer was the latest to accuse Domingo. She portrayed him as a dark figure and said Domingo asked her to touch her in a Spanish theatre at the beginning of the 21st Century. She also said that he attempted to kiss her on another occasion.

She told how Domingo asked her to touch her after a rehearsal.

"I felt sick because I thought of what I could say to Domingo (Domingo), to get on with my normal life. If I tell him 'no', there will be consequences. If I say 'yes', I don't want to even think about it."

According to the singer, Domingo was not reported to her bosses nor the authorities.

Domingo representatives did not respond to a request for comment.

The 2020 investigation of the American Guild of Musical Artists concluded that Domingo had acted inappropriately.

Domingo stated in a statement that he respected women's decision to speak out, and that he was truly sorry for any hurt they suffered.

Spain cancelled plans to perform the tenor-turned-baritone at public theatres after learning of these findings. The planned engagements were also cancelled by U.S. institutions, including San Francisco Opera and the Metropolitan Opera in New York.

Domingo quit as general director at the Los Angeles Opera after a probe found that 10 of his allegations were "credible."

None of these claims were the subject of a criminal investigation.

Domingo, in an interview with El Mundo Spanish Newspaper in January 2022 denied harassing anyone. He also stated that he felt convicted by the court of public opinion for not speaking out.

He claimed that the AGMA investigation was incomplete and had few concrete facts.

Domingo, who had been absent for almost a year and half, returned to Spain in June to perform at a charity concert. He has also performed in other countries.