Merkel’s CDU/CSU will – as predicted – form the next government. The SPD have already ruled themselves out of any future coalition, the so-called ‘Jamaica’ coalition looks like the most likely outcome, writes Catherine Feore.

The result was disappointing for the mainstream centre right and social democratic parties. Today’s main winner was the Alternative für Deutschland (AfD) who become the third largest party. It is estimated that AfD could have as many as 90 seats. Their success can be attributed in large part to voters from former Eastern Germany, particularly men. The East/West divide still marks German politics nearly 30 years since the fall of the Berlin wall.

AfD gained votes from all parties: 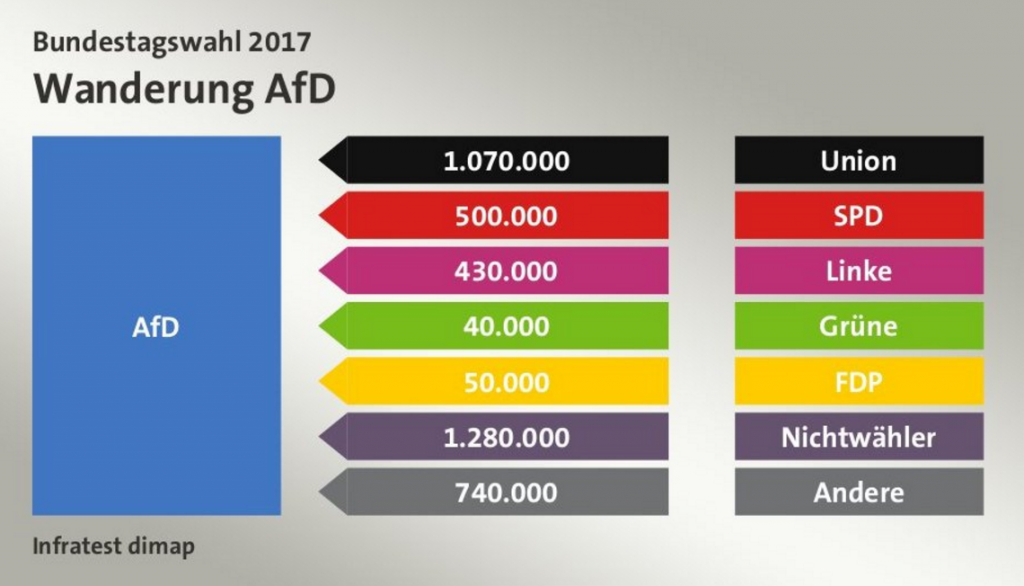 The term refers to the colours of the Jamaican flag – black, green and yellow. Black is the colour of the CDU and yellow for the Liberal FDP party. 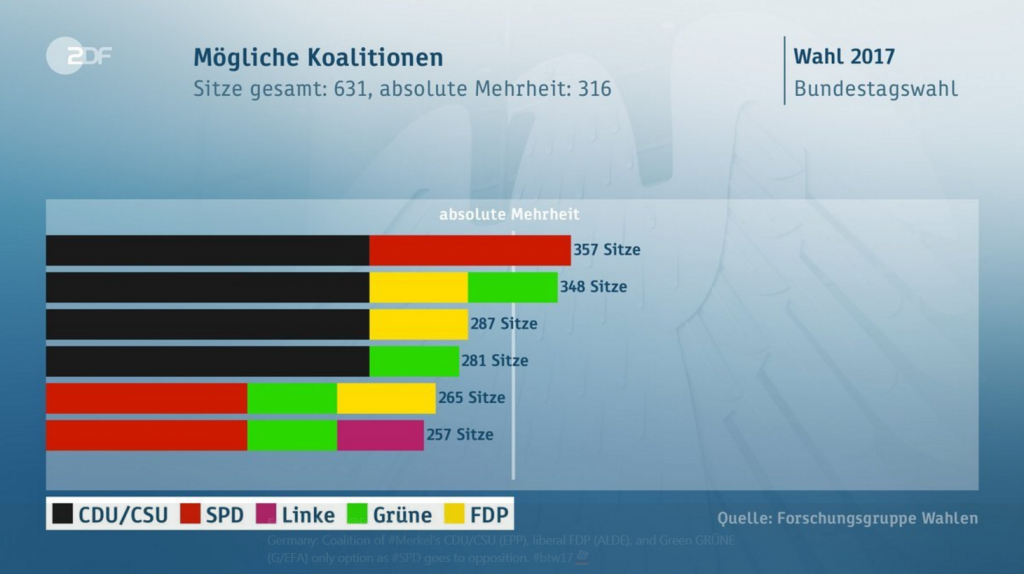 The night was also a success for the FDP who failed to return any members of parliament at the last general election. FDP not only return to the Bundestag, but appear likely to return to government.

The FDP takes a very sceptical view on future plans for any sort of Eurozone budget and have described it as a ‘line in the sand’ – a view that is probably shared by Wolfgang Schauble.

"The past four years were like a long walk through the desert. Despite these difficult times, we always stood by our liberal values and beliefs and remained an open-minded, pro-European party."

"The return to the Bundestag is a historic moment for the FDP and the result of hard work, intense debates and a new political culture in our party. We now want to shape European politics in times when the EU is facing a multitude of challenges."

Co-chair of the Green Party, Reinhard Bütikofer described the way forward as difficult, even treacherous. He outlined the Green priorities within a coalition:

“We want to close down the 20 dirtiest coal fired power plants in the country now. We want a progressive transport and agriculture policy. We will stand for more justice. And we will champion the cause of a stronger European Union, making use of the window of opportunity that exists in the triangle between Paris, Brussels and Berlin.”

The Green party will have to put any decision to participate in the coalition to a referendum of its members.

#Gazprom: Is Vestager letting Russia off the hook?