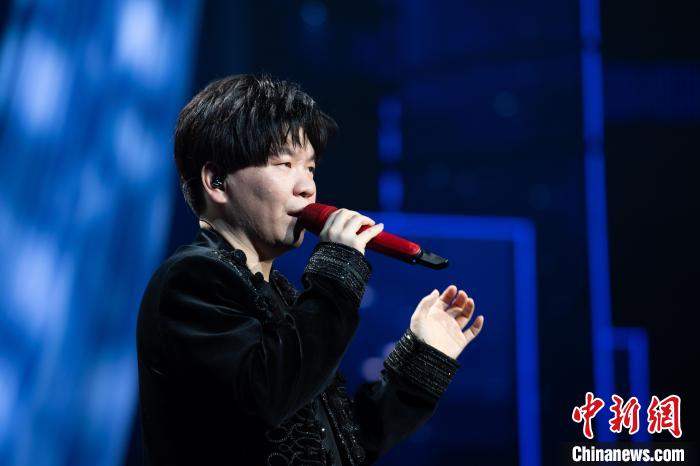 As the Beijing 2022 Winter Olympic and Paralympic Games are now right around the corner, Winter Olympics songs, including Burning Snowflakes, Together for a Shared Future and See You in Beijing, have been sung nationwide and have received widespread applause.

Chang Shilei, a pop singer-songwriter who is among those who contributed to the theme song of the 2008 Beijing Olympics, You and Me, composed the music for the Winter Olympics songs See You in Beijing, Burning Snowflakes and Together for a Shared Future. The lyrics of the three songs were written by Wang Pingjiu, a veteran songwriter.

See You in Beijing is kind of a continuation of the song You and Me, said Chang. “I was driven by instincts when I was composing the song, feeling that I had embarked on my Olympic journey a second time,” Chang said.

Chang said his musical career shifted to a new level after 2008. Ever since then, he has frequently been invited to compose music for Olympic songs and sports songs.

In 2008, when Chang was a student at the Shanghai Conservatory of Music, Chen Qigang, the music director for the opening and closing ceremonies of the 2008 Beijing Olympics, invited Chang to become a member of his team. Chang later contributed to the theme song for the 2008 Beijing Olympics, You and Me, which was performed at the opening ceremony by Chinese singer Liu Huan and British soprano Sarah Brightman.

Chang said that music comes from life, taking the song Bay composed by him as an example. Bay, with the music composed by Chang and the lyrics by Wang, was performed by Faye Wong during the Mid-Autumn Festival Concert in the Greater Bay Area in 2021.

Chang grew up in Guangzhou, the capital city of Guangdong Province, and learned Cantonese from his classmates. While producing the song Bay, an idea came into Chang’s mind, which made him more certain that Bay was going to be sung in Cantonese. Bay is Chang’s first song created using Cantonese.