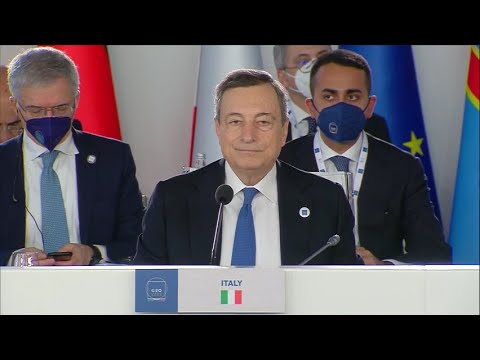 At today’s (30 October) G20 Summit, Italian Prime Minister Mario Draghi, said that Italy had worked to promote a more equitable recovery, pointing to the global health summit in Rome, but also underlining the historic nature of the agreement on a fairer international tax system.

“These results are a powerful reminder, or what we can achieve collectively,” he said, “We must encourage each other to be ambitious in all the areas where we work together.”

Draghi described how the last few years had been difficult for the global community, citing not just the pandemic, but a period of growing protectionism and unilateralism, making an oblique reference to the Trump administration. He said: “From the pandemic, to climate change, to fair and equitable taxation, going it alone, it's simply not an option. We must do all we can to overcome our differences and we must rekindle the spirit that led to the creation of this group.”

Draghi said there was reason for optimism, the pandemic is not over and there are startling disparities in the global distribution of vaccines. He said that 40% of the world’s population would be vaccinated by the end of 2021, but there was a need for more concerted action. The new goal is to reach 70% global vaccination by mid-2022.

The G20 agreed today (7 July) on an action plan to fight terrorism. Leaders of the G20 strongly condemned all terrorist attacks worldwide and stood united in the fight against terrorism and its financing. In a Statement on Countering Terrorism, G20 leaders declared their determination to prevent and combat terrorism.

The full text of the statement can be found here.

EU says to respond if US imposes punitive #steel measures

"Should the US introduce tariffs on European steel imports, Europe is ready to react immediately and adequately," Juncker told reporters.

In a dig at US President Donald Trump, he said that a new EU-Japan trade deal signed on Thursday showed that Europeans were not putting up "protectionist walls".

President Juncker at #G20 in Hamburg: Warns against protectionism

Commission President Jean-Claude Juncker and Commissioner Pierre Moscovici are attending the G20 Summit in Hamburg today (7 July) and tomorrow. Under the German G20 Presidency, the G20 nations will be meeting under the motto 'Shaping an interconnected world'.

This morning, President Juncker and European Council President Donald Tusk held a joint press conference ahead of the start of the G20 Summit. Speaking of the global economy outlook, President Juncker said: "This year, we are meeting with the wind in our sails. All 28 member states of the EU are growing. Since 2013, ten million jobs have been created in the European Union. We have the lowest unemployment in nine years. There are 233 million Europeans at work - the highest employment rate we have ever had in the European Union."

President Juncker also said that "going back to protectionism is not the way ahead" instead, the EU-Japan Economic Partnership Agreement concluded yesterday, was the right way forward, adding that this agreement takes account of all European interests and high standards related to labour, environment and data protection.

President Juncker underlined the importance of a partnership with Africa and described climate change as "the biggest challenge for the future". Concrete G20 commitments in support of Africa are central to the Summit. Work at G20 Summit will take place in four working sessions on: 1. Global Growth and Trade; 2. Sustainable Development, Climate and Energy; 3. Partnership with Africa, Migration and Health and 4. Digitalization, Women's Empowerment and Employment. The EU's priorities for the G20 Summit are outlined in the joint letter by Presidents Juncker and Tusk sent to EU Heads of State or Government on 4 July.