People enjoy the evening at a tarrace of a bar at Simon Dach Street, as cafes, bars and restaurants reopen their terraces after being closed down for months, amid the coronavirus disease (COVID-19) outbreak, in Berlin, Germany, May 21, 2021. REUTERS/Christian Mang/File Photo

German officials said on Tuesday (13 July) coronavirus measures should be maintained until more of the population has been vaccinated, and one called England's plan to lift most restrictions despite the spread of the Delta variant "a highly risky experiment", writes Maria Sheahan.

England will become from 19 July the first part of the United Kingdom to lift the legal requirement to wear masks and for people to socially distance.

"We would all be well advised to take the necessary safety measures," Altmaier told Augsburger Allgemeine newspaper in an interview published on Tuesday, adding he was concerned about easing discipline around social distancing and mask-wearing.

A move by France to make vaccinations compulsory for all health-care workers spurred debate in Germany over whether people in some professions should be forced to get a shot. Read more.

Alena Buyx, the head of the German Ethics Council, said compulsory vaccinations were not necessary in Germany.

"We have much better vaccination rates among healthcare staff than France," she told broadcaster ZDF. "I believe that we do not need to consider this."

But she added that restrictions should not be eased as long as not even half the population is fully vaccinated, describing England's move to lift nearly all remaining coronavirus restrictions as a "highly risky experiment".

The United Kingdom is ahead of most other countries with its vaccination campaign, having now administered two shots to about two thirds of its adult population. Germany has fully vaccinated 43% of its total population.

However, in Britain too, July 19, once billed as "freedom day", is now being treated with wariness by ministers after a new surge in cases and fears that there could be as many as 100,000 new infections a day over the summer. Read more.

Dutch Prime Minister Mark Rutte conceded on Monday that coronavirus restrictions had been lifted too soon in the Netherlands, which borders Germany, and he apologised as infections surged to their highest levels of the year. Read more.

Markus Soeder, premier of the southern German state of Bavaria, called for another push to vaccinate as many people as possible, especially younger people aged 12 to 30, for instance with "vaccinations to go" or drive-in vaccination options.

"Nothing but vaccinations will help," he told broadcaster Deutschlandfunk. 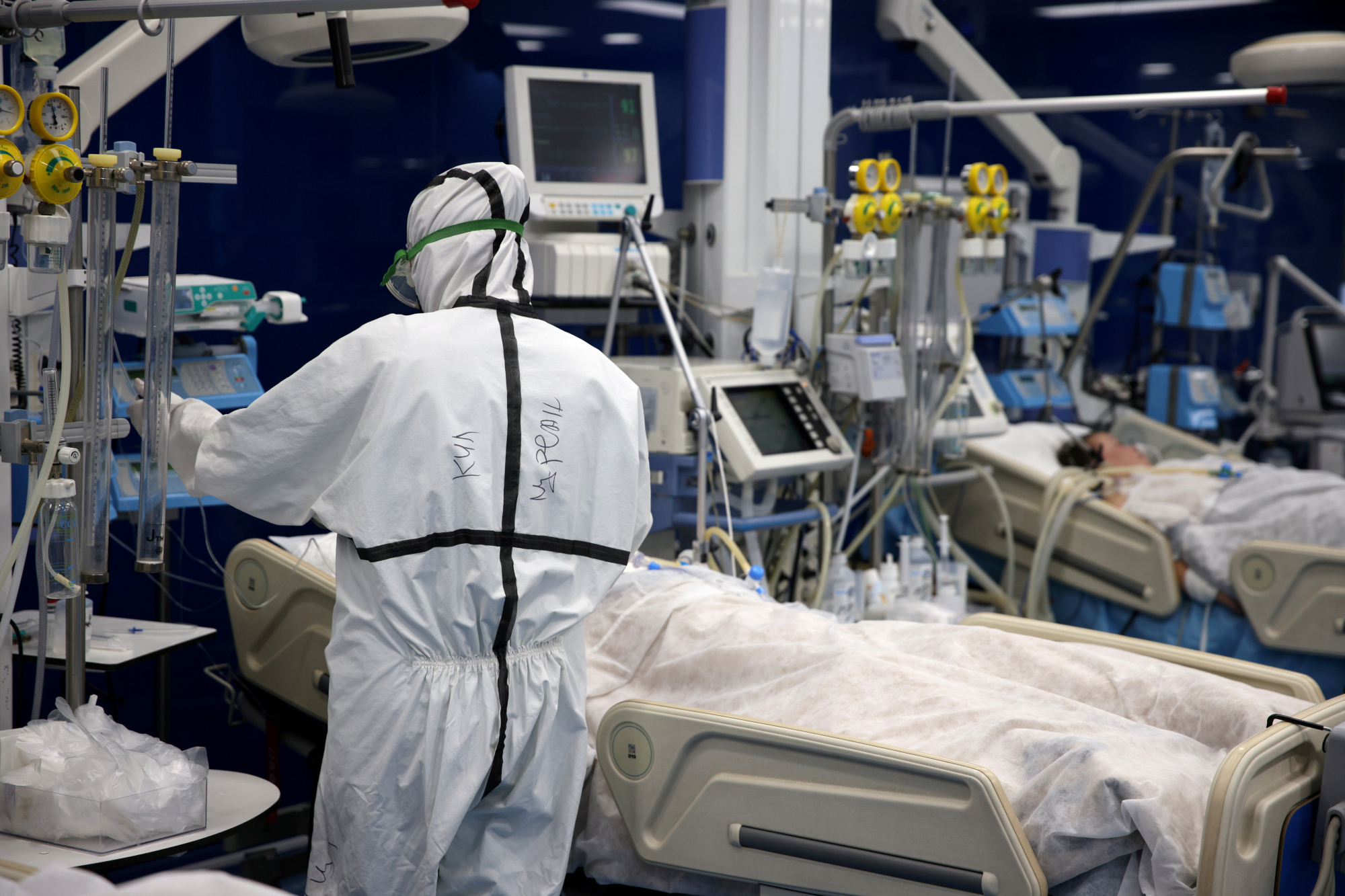 Slovakia, the Czech Republic and Hungary all reported new highs in daily infections as winter grips Europe and people gather indoors in the run-up to Christmas, providing a perfect breeding ground for COVID-19.

The disease has swept the world in the two years since it was first identified in central China, infecting more than 258 million people and killing 5.4 million. Read more.

The European Centre for Disease Prevention and Control (ECDC), the EU public health agency, recommended vaccine boosters for all adults, with priority for those over 40, in a major shift from its previous guidance which suggested the extra doses should be considered for older frail people and those with weakened immune systems.

"Available evidence emerging from Israel and the UK shows a significant increase in protection against infection and severe disease following a booster dose in all age groups in the short term," the ECDC said in a report published on Wednesday. Read more.

Many EU countries have already begun giving booster doses to their populations but are using different criteria to make priorities and different intervals between the first shots and boosters.

ECDC head Andrea Ammon said boosters would increase protection against infection caused by waning immunity and "could potentially reduce the transmission in the population and prevent additional hospitalisations and deaths".

She advised countries with low levels of vaccination to speed up their rollouts and warned of high risks of a further spike in deaths and hospitalisations in Europe in December and January if the recommended measures are not introduced.

World Health Organization chief Tedros Adhanom Ghebreyesus, acknowledging that Europe was again at the epicentre of the pandemic, warned against a "false sense of security" over the protection offered by vaccines.

"No country is out of the woods," he told reporters, adding that he hoped a consensus can be found at a World Trade Organization ministerial meeting next week for an IP waiver for pandemic vaccines, already supported by more than 100 countries. Read more.

Sweden will begin gradually rolling out boosters to all adults, government and health officials said. Booster shots of mRNA vaccine have been offered to people aged 65 or above, with an eye to eventually extending the shots to other groups.

"We are faced with an uncertain winter," Health Minister Lena Hallengren told a news conference. "You can contribute by staying home if you're sick or by getting vaccinated if you haven't already, and taking your booster when you're offered it."

Slovakia reported its highest daily rise in cases on Wednesday, just ahead of a government meeting likely to agree a short-term lockdown to quell the world's fastest surge in infections.

Neighbouring Austria has already locked down its population this week for at least 10 days, becoming the first to reimpose such restrictions. It will also require the whole population to be vaccinated from Feb. 1, infuriating many in a country where scepticism about state mandates affecting individual freedoms runs high.

The Czech Republic reported its highest daily rise in infections, with cases surpassing 25,000 for the first time and putting further strain on hospitals. The government is looking to institute mandatory vaccines for people over 60 and some professions, like healthcare workers.

Prime Minister Viktor Orban's government, which opposes further lockdowns for fear of stifling the economy, launched a vaccination campaign this week, offering shots without prior registration.

But the idea of mandatory vaccinations has also raised concerns among Hungarians.

"Making the vaccine obligatory is a difficult thing as it could limit people severely, including from earning a living, so I think such a decision should be made very carefully," said Zsuzsanna Koszoru as she lined up for a booster shot.

Italy is expected to restrict access to some indoor venues for people who have not been vaccinated. Read more. The Dutch government will announce new measures today (26 November).

Many German regions have already started to impose tighter rules amid the country's worst COVID surge yet as the curtain comes down on the Angela Merkel era, including demanding that vaccinated people show a negative test to attend indoor events. Read more.

Outgoing Health Minister Jens Spahn said on Monday that by the end of the winter almost everyone in Germany would be "vaccinated, recovered or dead".

Eikon users can click here for a case tracker. 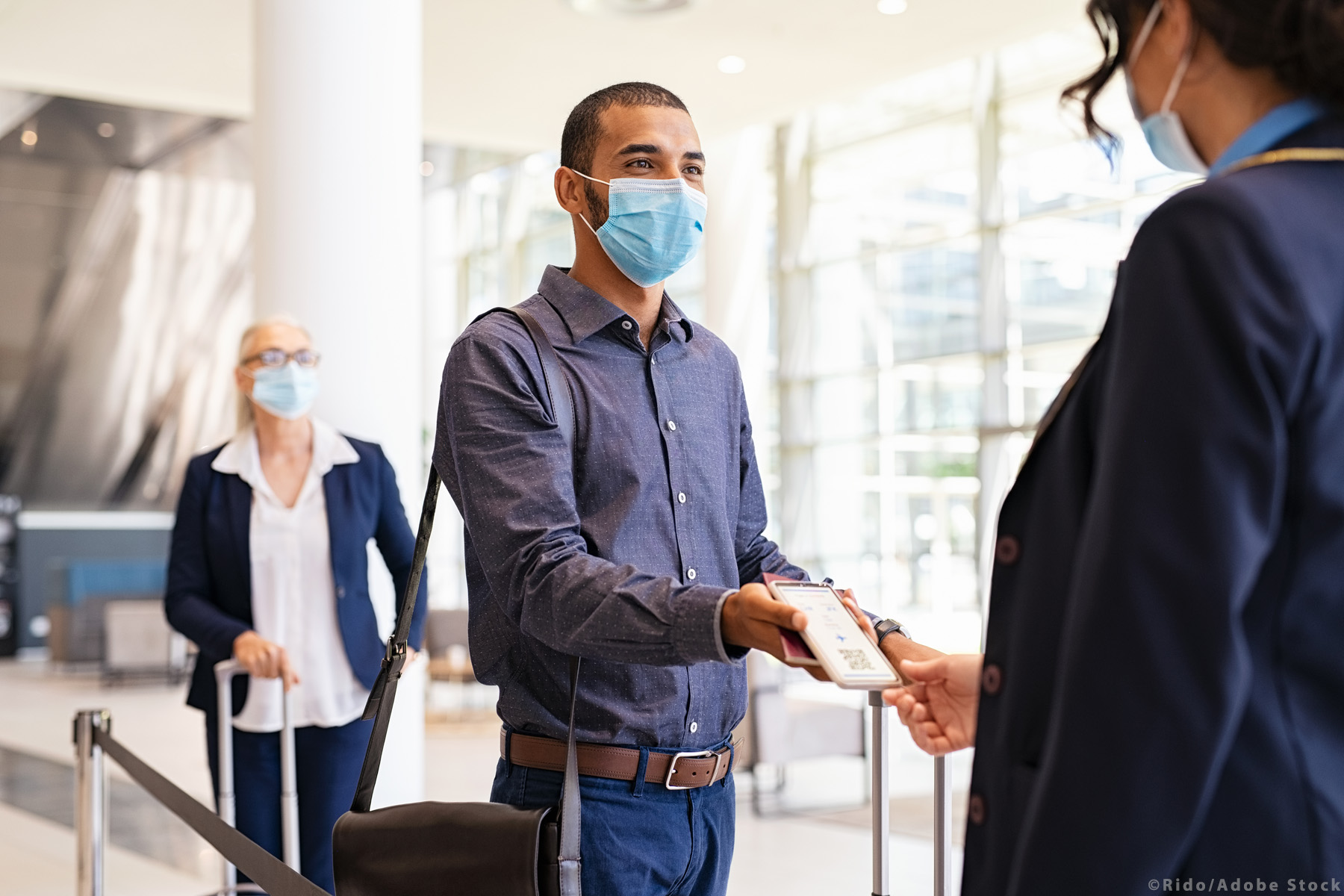 Justice Commissioner Didier Reynders welcomed the increasing number of countries joining the EU's effort and highlights: “To date, we have 51 countries and territories in five continents that are now connected to the EU Digital COVID Certificate system. I am delighted also that we have the first Southeast Asian country and the first sub-Saharan African country that will be interconnected to the Digital COVID Certificate. With the end of the year holidays approaching, I want to reaffirm to travellers the importance of this tool to underpin the confidence to travel inside and outside the EU.”

The two Commission decisions adopted today will enter into force as of 25 November 2021. More information on the EU Digital COVID Certificate can be found on the dedicated website.

Total COVID deaths in Europe could exceed 2.2 million by March - WHO 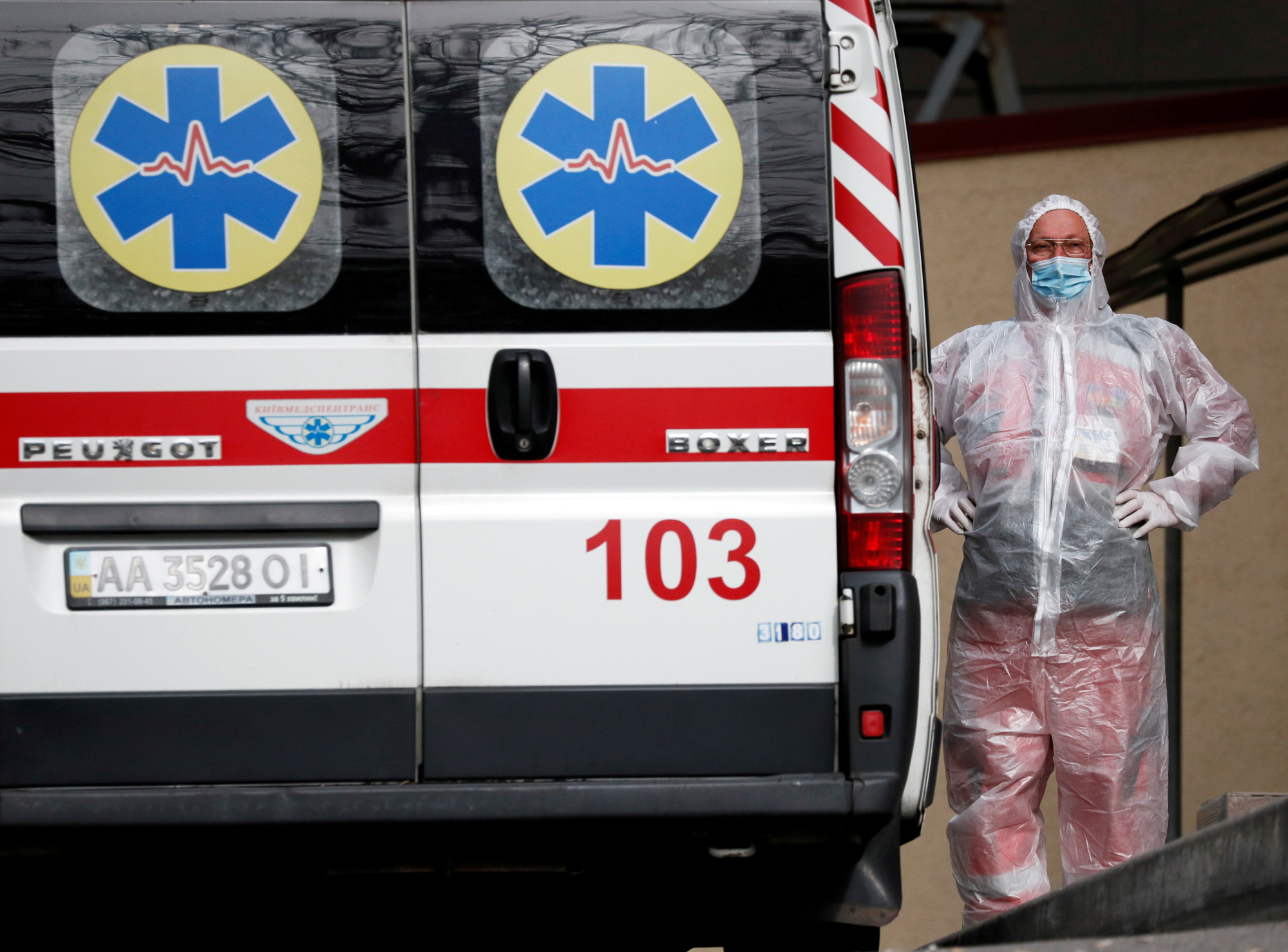 A health worker stands near an ambulance carring a COVID-19 patient, as they wait in the queue at a hospital for people infected with the coronavirus disease in Kyiv, Ukraine. REUTERS/Gleb Garanich

The World Health Organization (WHO) said on Tuesday (23 November) a further 700,000 people could die from COVID-19 in Europe by March, taking the total to above 2.2 million, as it urged people to get vaccinated and to have booster shots, writes Emma Farge.

Total cumulative deaths from the respiratory disease in the 53 countries of the WHO's European region have already surpassed 1.5 million, it said, with the daily rate doubling from late September to 4,200 a day.

The WHO's European region also includes Russia and other former Soviet republics as well as Turkey.

"Cumulative reported deaths are projected to reach over 2.2 million by spring next year, based on current trends," it said, adding that COVID-19 is now the top regional cause of death.

High or extreme stress on intensive care units (ICU) is expected in 49 out of 53 countries by March 1, the WHO added.

France, Spain and Hungary were among those countries expected to experience extreme stress in ICU usage in early 2022, according to the data cited by the WHO Europe.

The Netherlands started transporting COVID-19 patients across the border to Germany on Tuesday as pressure rises on hospitals and infections jump to record levels. Austria began its fourth lockdown on Monday (22 November). Read more.

The WHO said a high number of unvaccinated people as well as "reduced vaccine-induced protection" were among the factors stoking high transmission in Europe alongside the dominance of the Delta variant and the relaxation of hygiene measures.

WHO Europe director Hans Kluge urged people to get vaccinated and also to get a booster dose "if offered".

WHO officials in the Geneva headquarters have previously advised against COVID-19 vaccine boosters until more people around the world have received primary doses. WHO officials did not immediately respond to a request for comment on whether this represented a change in official guidance.

"All of us have the opportunity and responsibility to help avert unnecessary tragedy and loss of life, and limit further disruption to society and businesses over this winter season," said Kluge.