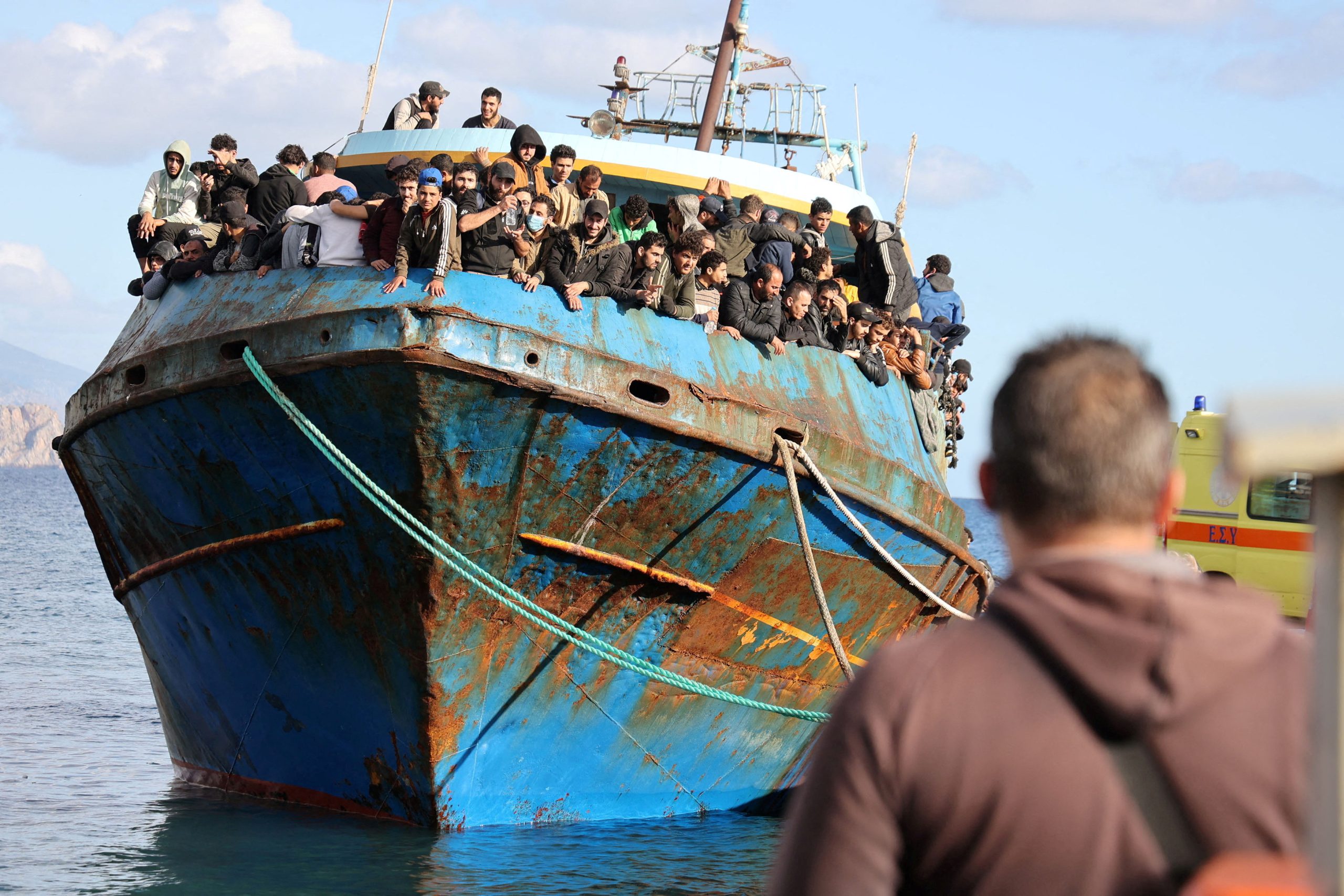 The Greek coast guard reported that hundreds of migrants were saved by Greece on Tuesday (22 November), after the fishing boat on which they were traveling was sent a distress signal off Crete.

According to a spokesperson for the coast guard, survivors were estimated at 400-500 people. The rescue was hampered by gale force winds and involved two cargo ships, one navy frigate, and one tanker.

The migrants were transferred to Paleochora, a southern coastal town. The spokesperson couldn't immediately confirm the nationalities of the migrants or the exact number of those aboard.

Along with Italy and Spain, Greece is the main entry point into the European Union for migrants and refugees from the Middle East, Africa, and Asia.