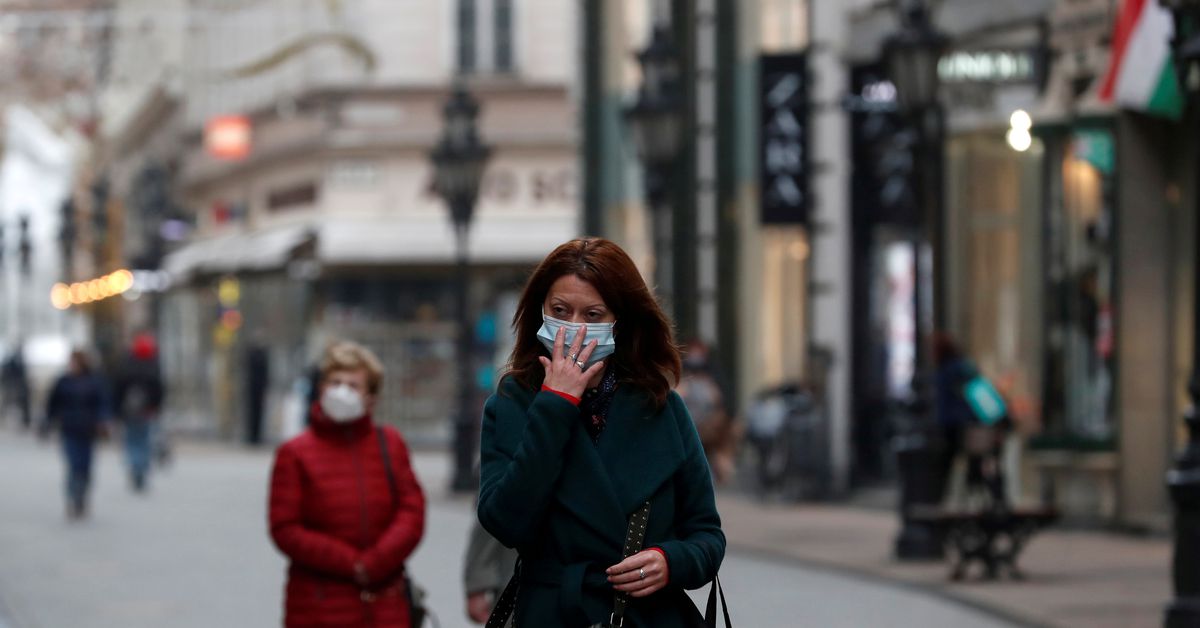 After the Hungarian government declared a nationwide lockdown in order to stop the spread of coronavirus disease (COVID-19), Hungary on 11 November, 2020, people wearing masks walk through Budapest.

Hungary must change its law to receive recovery funds from the European Union, the EU affairs chief for the Czech government said on Tuesday (30 August). The Czech presidency holds the rotating presidency of the bloc.

Both Poland and Hungary have not received billions of euro in post-COVID EU Recovery Funds because their governments have not met Brussels’ demands for respecting the rule of law.

Hungary stated last week that it would amend several laws that were criticized by European Commission by October end if financial aid agreements are reached. The Commission has one month to examine Budapest's response under the conditionality mechanism. Hungary didn't specify when the agreement should be reached.

Mikulas Bek, Czech EU affairs minister, stated that there is not much willingness among member countries or the Commission to accept Hungary's promise without first seeing the results.

He said, "I'm not sure that dialogue (anymore) can facilitate anything in the matter," adding that Hungary's financial interests could be what drives it to make the desired change.

Funds are being held up in Poland because of a dispute over Polish judicial reforms. The EU executive claimed that these reforms subvert democratic standards.

Bek said that, while Poland is working towards a solution and Hungary has lost its credibility due to its inability to stand by certain EU issues such as its demand for the removal of Russian Orthodox Patriarch Kirill on an anti-Russian sanction list.

Warsaw indicated that it may retaliate against EU policies that require unanimity, if it doesn't get its share of pandemic recovery funds.

Bek advised member countries to be cautious about a EU veto threat, particularly in a moment when the bloc is experiencing an unprecedented crisis.

The Czech Republic, as its president, has a stronger voice in the long-running disputes that the EU executive has with its central European allies Hungary or Poland.

The so-called Visegrad Partnership between central European neighbors the Czech Republic, Hungary and Poland, Slovakia, has become strained due to differences over the war in Ukraine. Budapest is more cautious than its neighbours. There have also been spats about democratic standards.