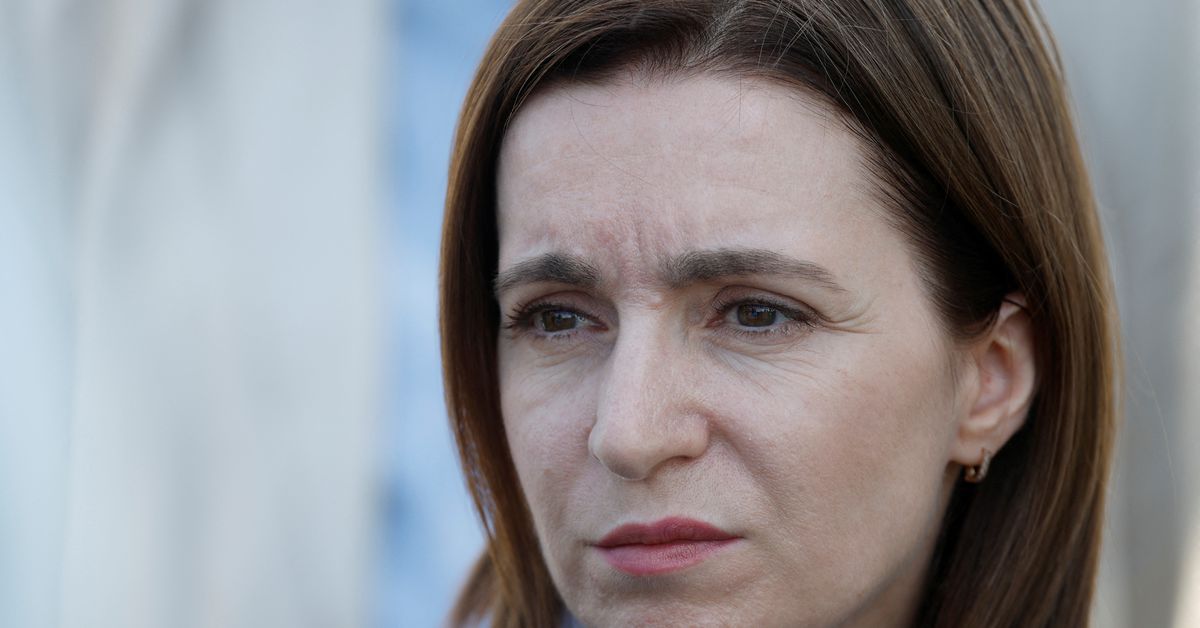 Moldova asked its allies to help it strengthen its air defense capabilities in war raging in Ukraine. However, what the country calls Russian attempts to destabilize it have so far failed, President Maia Sandu (pictured) said on Thursday (19 January).

Sandu said that she had requested air surveillance and defense systems. This was in a sideline interview at the World Economic Forum in Davos. She said that while we understand Ukraine's priority, we still hope to get some.

Ukraine's neighbour to the west, former Soviet republic Moldova, has a small defense budget and has had long-standing tensions with Moscow. Russia has peacekeepers and troops stationed in Transdniestria. This is a separatist statelet of Moldova which has been able to survive for over three decades thanks to the Kremlin.

The pro-Western Moldovan government has backed Kyiv strongly since the Russian invasion. It submitted a formal request for membership to the European Union only a week after Russian troops invaded Ukraine.

Sandu stated that the country's military budget has been increased, and that the government is talking to the EU regarding air defense systems. There are also bilateral talks with allies. She stated that she believed the country was safe due to Ukraine's resistance against Russia.

Moscow was accused by Moldova of trying to use its influence on the separatist movement of Transdniestria, a mainly Russian-speaking region, to destabilize the rest of Romania.

Sandu stated that the so-called destabilizing efforts have failed so far, and that neither side wants conflict.

She stated that Russia tried to mobilize corrupt groups in Moldova as well as pro-Russian parties to overthrow the government, parliament, and presidency. However, it didn't give up. But, she added, "We have been able so far to maintain stability."

Separatist authorities blamed several explosions on Ukraine last year. However, the separatist authorities denied any connection to the incidents. Russia's foreign ministry stated that Moscow did not want to create a situation in which it would have to intervene in the area.

Moldova is also trying to get off Russian gas because of power cuts caused partly by Moscow's attacks against Ukraine's power infrastructure. Gazprom, Russia's largest gas supplier, has been cutting supplies.

Sandu said: "Today, the right bank gets gas on the market, while Gazprom gas is used in Transdniestria so we can finally say that Moldova is free from Russian gas dependence."

She said that, while high prices are not beneficial, the country had secure winter supply and would continue to seek long-term agreements with other suppliers.

In June, the EU accepted Moldova as a candidate for membership. It also extended the same status to Ukraine. This was a major diplomatic victory for Sandu, whose nation is among Europe's most impoverished and faces many economic challenges.

Sandu stated that the country would require at least €600 million of budget support from international communities in 2023, as it did last year to protect its population against inflation.

EU entry requires a complex and lengthy process to align local laws, which includes a crucial reform to the justice system to combat corruption. Sandu expressed confidence that the changes would be made.

She said: "EU integration was the most important project in our country and our only chance of survival as a democracy in this complex time and in this difficult region."