The General Confederation of Moroccan Enterprises (CGEM) joined European businesses in supporting the EU-Morocco trade agreement, as the EU Court of Justice issued a long-awaited ruling on the applicability of the agreement to products from the Sahara.

"As businesses, we obviously regret the Court's decision, as it creates uncertainty, harms the business environment and discourages investments," said CGEM President Chakib Alj (pictured), who is in Brussels to meet with BusinessEurope President Pierre Gattaz following the launch of their "Modernisation Pact on EU-Morocco Trade and Investment”. With their alliance, CGEM and BusinessEurope are calling for a "complete Morocco-EU free trade area without any trade barriers", which they consider a "strategic necessity" to foster integrated and sustainable supply chains, build the digital economy and support SMEs that have been particularly affected by the COVID-19 pandemic.

"What businesses need to thrive is legal certainty and clarity: a reliable business environment that an armed group will never be able to provide - hence why Polisario was on its own calling for the agreement to be annulled, while the Commission, the Council, EU member states, most of the European Parliament, and European and Moroccan businesses support it", he explained. "The EU-Morocco agreement remains in force, and the EU and Morocco closed ranks on the application of the agreement, so we will have to wait for the Court’s decision on the appeal to know more. This ruling may however disadvantage products and producers in the Sahara, and all European and international companies that have invested there, mainly on green projects, now find their investments at risk. I could be a huge missed opportunity for the green transition, and a huge development issue, as the populations of the Sahara region may now be deprived of economic means because of this decision”, he said.

With their pact, CGEM, BusinessEurope and EuroCham Morocco show that companies are ready to do their part to face common challenges. The Mediterranean is one of the world’s most affected regions by climate change and one of the least integrated from a trade perspective. These shared challenges require a common solution, which would see Morocco as a privileged partner to make value chains more resilient and stimulate investment in renewable energy to complete the green transition.

Economic opportunity seems indeed the only way forward also for the communities of the Sahara, as the European Commission estimates that around 70,000 local jobs, or 1/6 of the total population of the Sahara, depend on exports to the EU. “It is worrying that an armed group not recognized in the EU would annul a trade agreement that has been championed by all EU institutions and supported by two business communities. It is also worrying for the people of the Sahara, as this uncertain situation jeopardizes the socio-economic development of the region, and thus its overall stability and security. There will be an appeal by EU institutions, and we hope that we will be able to continue to take our trade and investment relations to the next level, as called for in our pact with BusinessEurope.”, concluded the President. 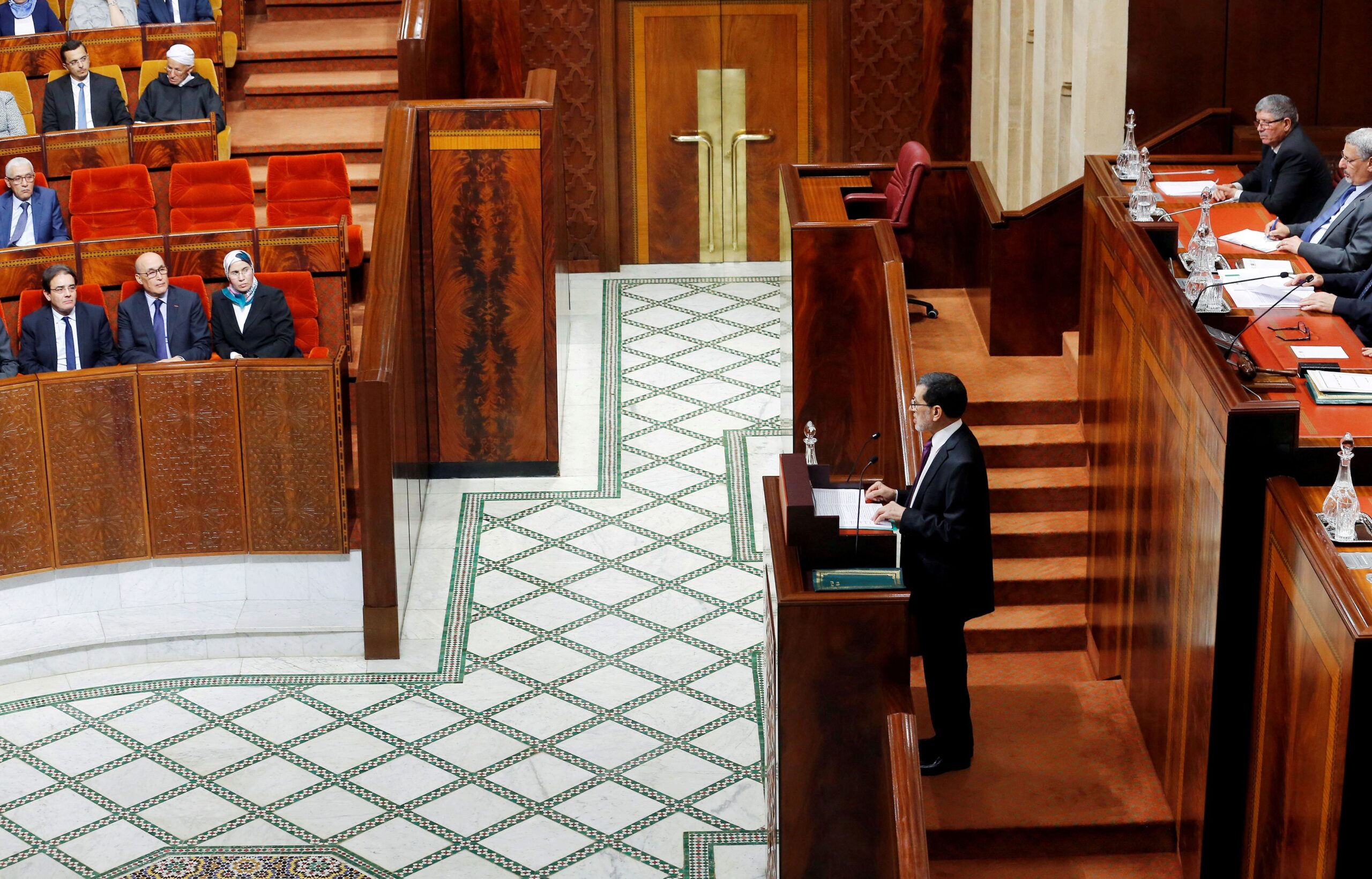 When Moroccans elect a new parliament this week, it is likely to be a body with even less influence than its recent predecessors thanks to a new voting law and gradual moves by the king to reassert his dominant role, write Ahmed Eljechtimi and Angus Mcdowall.

A decade after Arab Spring protests led King Mohammed VI to give more powers to the elected parliament and the government it helps form, he has brought most major decisions back within the palace walls.

"In Morocco we have a strong institution, the monarchy, that overshadows the rest of political players," said Mohammed Masbah, head of an independent Moroccan think-tank.

Morocco's development plans and big economic projects have been initiated by the monarch rather than government, and rather than letting the premier - drawn from the biggest parliamentary party - select key ministers, the palace has done so itself.

With the advent of the pandemic the monarchy has further consolidated its executive authority, taking control of most strategic decisions from vaccine procurement to economic relief.

Often, Prime Minister Saad Dine El Otmani seemed to be the last person to know about major initiatives - including the deal last year to bolster ties with Israel, something he had denied would happen.

Now, a new voting law pushed by an interior minister who was selected by the palace will make it harder for big parties to gain a lot of seats, meaning parliament will be more fragmented and any government that emerges even weaker than previously.

Moroccans who hoped the Arab Spring reforms might lead to genuine electoral choices have been disappointed: the process of building coalitions and remaining in good odour with the palace have left most parties offering similar policies.

"In Morocco, the monarchy takes credit and the government takes the blame," said Masbah.

The PJD moderate Islamist party, which has won most seats in each election since 2011 and taken the lead in government formation, has arguably been the biggest political loser.

Caught between the palace's control of the biggest ministries and the need to share portfolios among coalition partners, it has had few cabinet posts. Meanwhile, parliament pushed through a law allowing cannabis cultivation against the position of the PJD.

The new voting law, which was also opposed by the PJD, will further reduce its influence by changing the way parliamentary seats are allocated, making it more difficult for parties to gain large numbers of seats.

"The electoral reforms... are likely to lead to the election of a highly fragmented parliament," said Amal Hamdan, an electoral systems analyst. That would likely weaken any government that emerged, further strengthening the monarchy, she said.

Had the law been applied in the 2016 election, the PJD would have had a quarter fewer seats and come second, said Abdelaziz Aftati, a senior PJD leader. Though election polls are banned, analysts expect the PJD to lose ground in the Sept. 8 vote.

The party believes it was drawn up specifically to cut its influence. However, despite being the biggest party in parliament and the leader of the coalition, it could not stop it being passed.

"We would will accept moving into opposition if it is the free will of the people expressed through fair elections. But not through undemocratic rules," said Aftati.

Morocco confirmed on Thursday (10 December) it would resume diplomatic relations with Israel “with minimal delay” and lauded as “historic” a decision by Washington to recognize Moroccan sovereignty over the Western Sahara region. “The Tectonic plates are shifting,” said Aaron Klein, strategic adviser to Israeli Prime Minister Benjamin Netanyahu, in a comment after the announcement by US President Donald Trump of the normalization of ties between Israel and Morocco, writes Yossi Lempkowicz.

It’s the fourth normalization deal in the past four months between Israel and Arab countries, after the United Arab Emirates, Bahrain and Sudan. These nations follow in the wake of Egypt and Jordan, which made peace with Israel in 1979 and 1994, respectively.

“Another HISTORIC breakthrough today! Our two GREAT friends Israel and the Kingdom of Morocco have agreed to full diplomatic relations—a massive breakthrough for peace in the Middle East!” tweeted Trump after a phone conversation with Morocco’s King Mohammed VI.

The agreement is part of a deal in which the United States will recognize the disputed territory of Western Sahara as part of Morocco, becoming the only Western country to do so.

The deal also includes agreeing to allow overflights and also direct flights to and from Israel for all Israelis.

Morocco and Israel had respectively maintained liaison offices in Tel Aviv and Rabat in the 1990s, before closing them in 2000.

White House senior adviser Jared Kushner told Reuters: “They are going reopen their liaison offices in Rabat and Tel Aviv immediately with the intention to open embassies. And they are going to promote economic cooperation between Israeli and Moroccan companies.”

In a webinar organized by JNS on Thursday, Aaron Klein, strategic adviser to Israeli Prime Minister Benjamin Netanyahu, said: “The entire concept of peace that we are seeing unfold now between Israel and the UAE, between Israel and Bahrain, Israel and Sudan, now Israel and Morocco, a lot of this traces back to the Netanyahu Doctrine, peace through strength, peace in exchange for peace.”

Morocco confirmed Thursday it would resume diplomatic relations with Israel “with minimal delay” and lauded as “historic” a decision by Washington to recognize Moroccan sovereignty over the Western Sahara region.

Moroccan King Mohammed VI  said his country’s quest for full sovereignty over the Western Sahara “will never be at the expense of the struggle of the Palestinian people for its legitimate rights.”

In his conversation with the Palestinian leader, King Mohamed VI stressed that Morocco’s stance in support of the Palestinian cause is “steadfast and unchanged.” He also pointed out that the kingdom “backs the two-state solution and believes that negotiations between Palestinians and Israelis is the only way to reach a final and durable solution to the conflict.”

US shift on Sahara issue

The US president also “recognized Moroccan sovereignty over the entire Western Sahara territory,” the White House said in a statement.

Trump’s agreement to change US policy toward the Western Sahara was the linchpin to securing Morocco’s agreement and a major shift from a mostly neutral stance.

In Rabat, Morocco’s royal court said Washington would open a consulate in Western Sahara as part of Morocco’s deal with Israel. 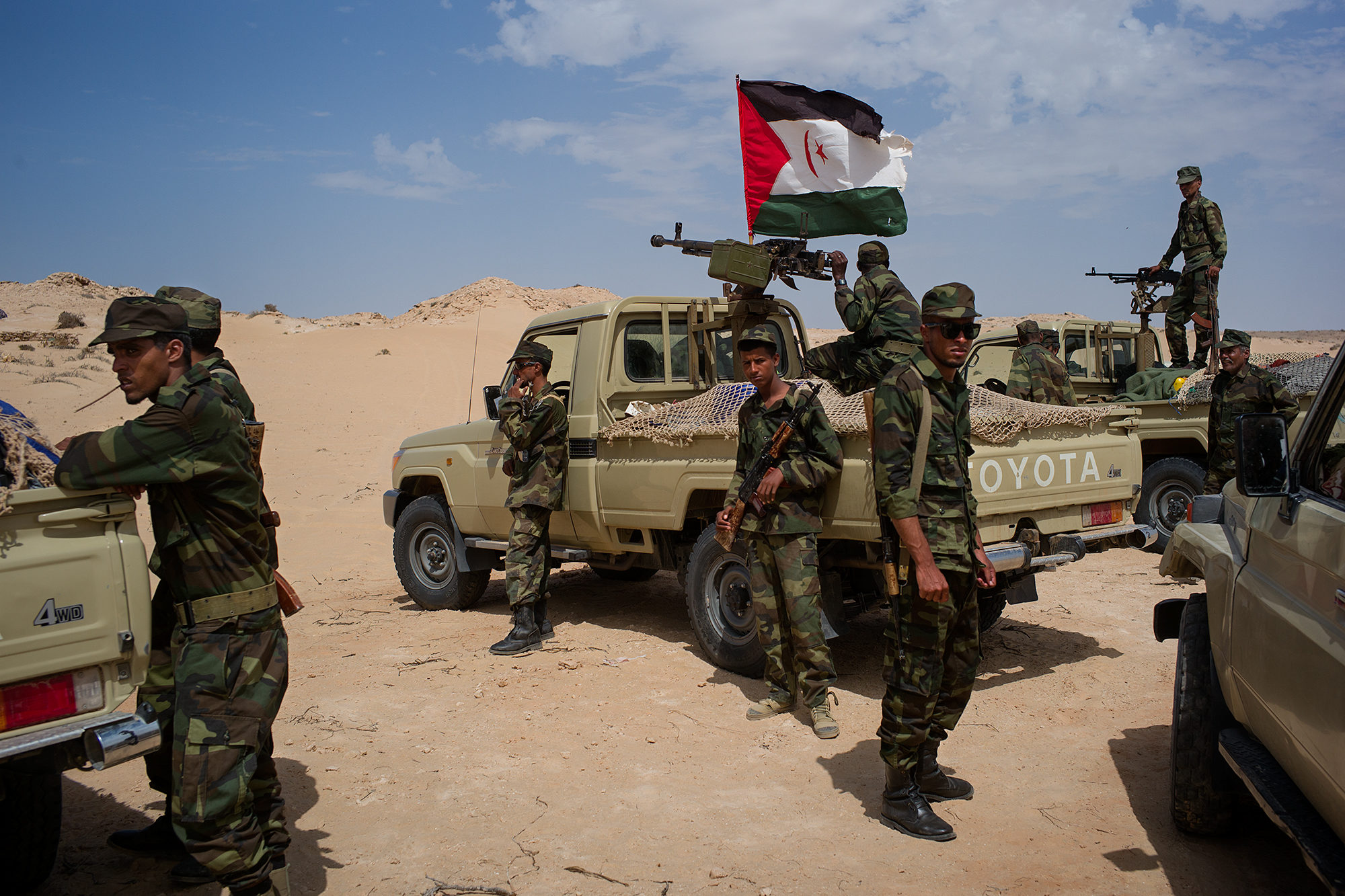