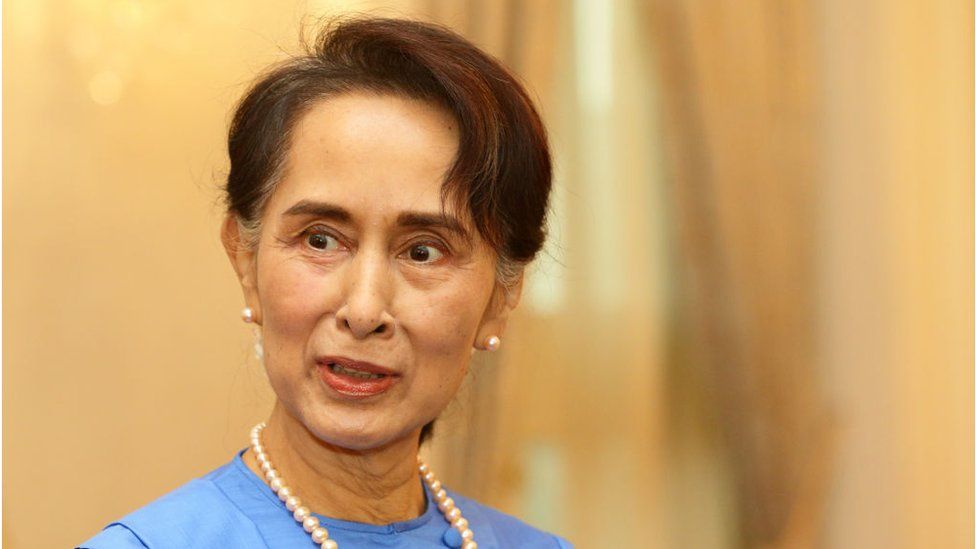 A court in Myanmar has sentenced ousted leader Aung San Suu Kyi to four more years in prison, in the latest of a series of trials, Myanmar coup.

She was convicted for the illegal possession and import of walkie-talkies and breaking COVID-19 rules.

Suu Kyi was first convicted in December, and given a reduced jail sentence of two years.

She has been detained since a military coup last February and faces about a dozen charges, all of which she denies.

They have been widely condemned as unjust.

It is believed that Monday's charges stem from when soldiers searched her house on the day of the coup by forces led by General Min Aung Hlaing, when they said they discovered the devices.

Monday's trial in the capital, Nay Pyi Taw, was closed to the media and Ms Suu Kyi's lawyers have been barred from communicating with the media and public.

The latest sentence will bring her total prison term to six years.

Last month the Nobel laureate was found guilty of incitement of dissent and breaking COVID-19 rules, in what was condemned as a "sham trial" by UN Human Rights chief Michelle Bachelet.

The statement by the group's deputy Asia director Phil Robertson also accused the military of securing convictions "in a kangaroo court on the flimsiest, politically motivated charges", and claimed it was "running roughshod over the human rights of everyone, ranging from Suu Kyi... to the Civil Disobedience Movements activists on the street."

The military alleged voter fraud in the victory, however independent election observers have said the elections were largely free and fair.

The coup triggered widespread demonstrations and Myanmar's military has cracked down on pro-democracy protesters, activists and journalists.

Suu Kyi is one of more than 10,600 people to have been arrested by the junta since February, and at least 1,303 others killed in the demonstrations, according to the monitoring group Assistance Association for Political Prisoners.

It is believed that if found guilty of all the charges she faces, Suu Kyi could eventually be jailed for life.